ANYONE WHO HAS travelled overseas and done a bit of a brief study of RVs will know that most nations have quite distinctive characteristics in their RV designs.

In North America, large RVs with a considerable amount of interior space are quite common. Whether that space is used effectively, especially in terms of storage, is another matter entirely, but they do offer room to relax.

In many European countries, RVs tend to be smaller and if there’s one thing the Euros are good at, it is using space effectively. Given narrower roads, the Kiwis tend to favour smaller RVs, with a mixture of locally-built and imports from Europe and Australia. In New Zealand, unlike in Australia, the motorhome industry has the numbers. 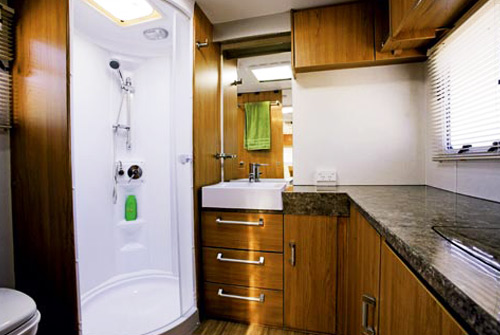 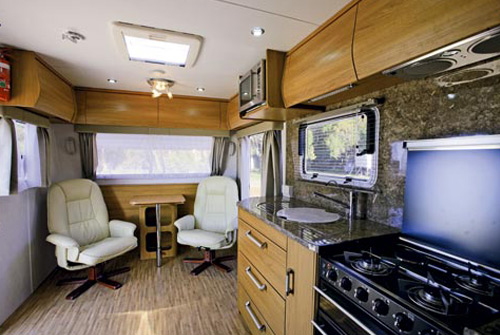 Here in Australia, while there are still smaller RVs available, there’s no doubt that they are getting longer and heavier. This applies to caravans in particular, which also have the dominant share of the market. Looking generally at van design, bathrooms have become much larger and accessories like washing machines more common.

Is this a good thing I ask? I don’t have a particular problem with larger rigs but they do mean larger tow vehicles or heavier base vehicles. This is partially because the engineering approach to Australian RV design hasn’t changed radically over the last 10 years.

SOME OF THESE heavy matters (pun intended) came to mind on the most recent Legends trip, for Caravan World. The longest van we had with us was a Jayco Sterling, at 7.8m. Its layout design included a slide-out, which meant there was a considerable amount of living space around the lounge/dining areas and particularly in the bathroom, which was one of the most spacious I have ever seen.

Editor Max and I took a different view on this. Max thought the extra space was great, whereas I couldn’t see what use it was, as many Aussie RVers spend their relaxation time outside, under the awning. The extra space added about 1m to the external length of the van, which might not sound much but at nearly 8m long, it could cause a few manoeuvring problems. Obviously, Jayco offers a huge range of layouts and van sizes, and there really is something for everyone. On this particular model, though, the free space was quite obvious.

It was interesting to compare this van with the Nova Pride we were testing. It was about 100mm shorter than the Jayco and didn’t have a slide-out, but it had larger kitchen and lounge areas with consequent considerably less free space.

For me, personally, it was a more usable layout.

That said, we all have different preferences. There is no such thing as the perfect design.

This all caused me to wonder whether, in our increasingly eco-conscious world, it's time for both manufacturers and consumers to re-think RV engineering. It might also be time to assess the accessories we fit, and the way in which we use RVs?

In some respects, that is already happening. Features like solar panels, LED lighting and composite wall structures are being readily adopted and some manufacturers are making good strides in the weight department. Perhaps the time has come for us all to push the boundaries further than we have to date, in order to leave less of a footprint when we travel.