EVERY NOW AND then you come across a small, budget van park that is not advertised, but has that something special. It's relatively cheap — the kind of park you want to return to, and tell your friends about.

There are many parks that aren't a member of any group, can't afford to advertise and consequently just rely on word of mouth. Sometimes, these are the most special.

Denyse and I recently came across one such place, this time at Lake Bolac, about 130km west of Melbourne. When we arrived it was early in the day, so we pulled in to have a look. The lake was full, it was a beautiful day and there was a lone paddler on the water. There were no other travellers in the park and it looked very quiet and peaceful. Sites were sheltered and shady and there was lush grass everywhere. 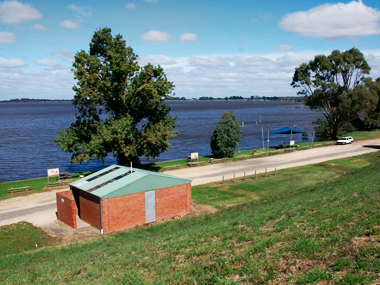 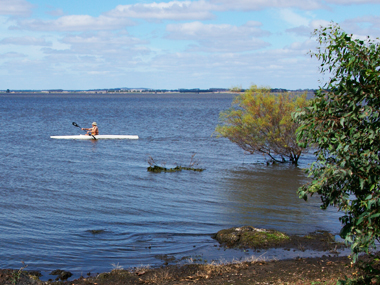 We finally found the manager and discovered that prices were quite acceptable, with a discount for seniors. We booked in.

As we were setting up a rabbit ran past our site. We found plenty to do between walks around the lake, fishing for short-finned eels, trout, golden perch and redfin, as well as swimming, canoeing and water skiing.

For our entire stay, we only saw that one lone kayaker on the lake.

The van park has an excellent shower set up. There's a five-minute limit on showers, and LED lights on the showerhead display green when there are three minutes left, blue for two minutes, and red when only one minute remains.

The amenities were clean and adequate. The park includes a barbecue and pizza oven, and fire drums are supplied upon request. At the rear of the park lies a golf course (with more rabbits) and the green fees were only $10. A bowling club was almost next door.

We've all found ourselves in a relatively unknown van park, marvelled at how much it offers for a reasonable price, and felt special having stumbled upon this secret spot.

van parks hints tips travel from the road on tour