"The Gunbarrel part of our latest trip was very interesting following Len Beadell’s original survey line. It’s only 360 kilometres long from Carnegie Station to the Heather Highway but has not be graded since 1986!"

"It took us four days driving (not that we ever rush) with two rest days – to realign the body after the corrugations and washouts and to soak up the atmosphere at
Mount Everard and Mount Beadell.

The latter has a stainless steel theodolite memorial to Len Beadell on its highest point.
There was some fantastic scenery throughout the Gibson Desert and the peace and tranquillity was something else..." 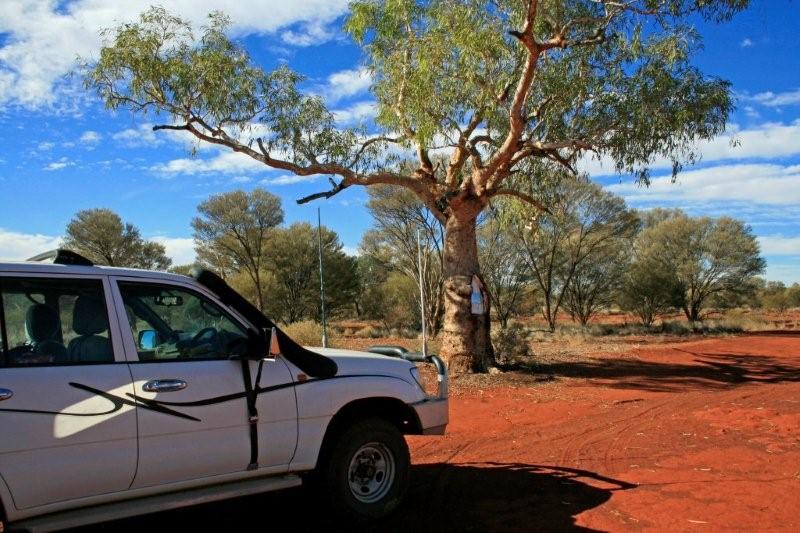