We had three categories last issue, the always popular Small Vans and the fiercely competitive $50-65K and $80-100K categories. Small Vans was a tight battle between two capable off-roaders with MDC bringing their XT12 and Dreamseeker their all-new F1. Although an established brand, Dreamseeker hasn't been seen in years with the brand changing ownership and sitting dormant for some time so it was a tall ask to come up against the juggernaut that is MDC. MDC are a market leader in many segments of caravans and campers and with global partnerships and semi-offshore manufacture, they offer great value and clever design but it was the newcomer that took the gong. The Dreamseeker F1, although a small van by dimensions, packed a lot of quailty thinking and outstanding fit and finish inside its sleek outer shell. Our judges loved the layout and the unashamed high-end positioning of the design. It is all about making the owners as comfortable as possible and it works. 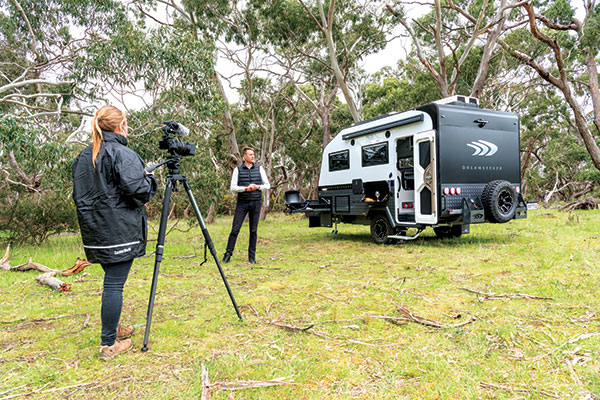 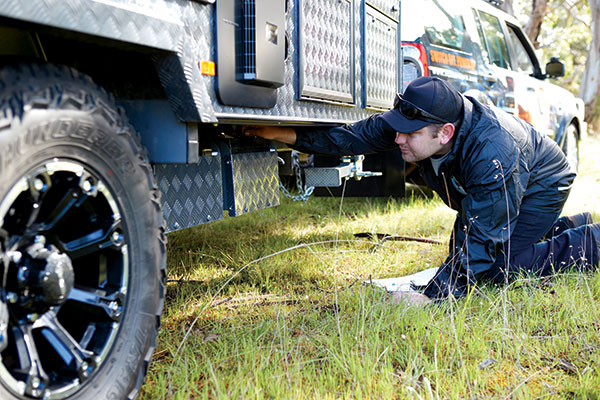 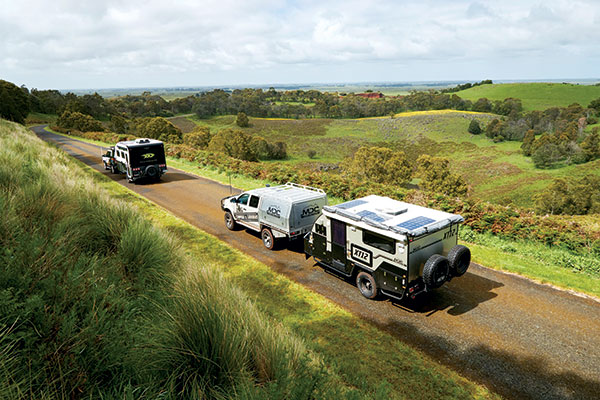 In $50-65K we had an encumbent in Kokoda with their Cadet II XLi Platinum, a mouthful of a name but one that reflects the constant refinement the ever-popular Cadet has seen. Up against it was a real value buy and one that in earlier testing came out with glowing praise for its no-nonsense design and build and ease of towing, the Atlantic Endeavour. The Atlantic was always up against it with Kokoda having been in the winner’s circle and a more established brand but Atlantic can hold its head high even if the Cadet II pipped it at the post. Both vans were highly regarded by the judges but the final result had Kokoda take another victory at AL-KO Best Aussie Vans.

In the $80-100K category we had two entrants again. This time from established brand and previous winner Roadstar and new entrant AusRV with thier Byfield. The Byfield was polarising for its bright green cladding but impressed internally with a central ensuite and rear-door layout creating zones internally that we all thought clever. The Voyager was, as with all Roadstar products, built with no exceptions. It was tough looking and proved its looks in testing over the event. Internally it was a standout too with luxury the theme but it was the newcomer Byfield that surprised once the votes were counted taking a maiden win. Probably the biggest surprise of the three categories we checked and rechecked but the result stayed the same. The Byfield outscored the Voyager by a narrow margin.

We found ourselves working around the majestic Grampians National Park with Horsham and Hamilton our two major hubs. Making the best of the mountainous backdrops we shot and tested along the western edge of the ranges with The Grampians Olive Co.’s orchard making up the majority of our working location. An ideal spot, it backs onto the ranges, offered good off-road testing opportunities and as much space to shoot video and stills without tripping over each other. As with years been, we celebrated our journey with a public viewing mid-event in Hamilton. It was a major success with around 1000 visitors and even a confirmed sale of a caravan. We heard people came from as far as Melbourne, a good three hours drive, just to see the latest innovations in our special industry.

The hotly contested $65-80K category was best represented this year which is no surprise as it is where the bulk of caravan sales are. We had five equally as deserving entrants in the Olympic Javelin X8, a semi-offroader, the AusRV Finke, a composite panelled and family focused 19-footer; the Pacific Island Club Lounge, another composite panel option but with a focus on luxury travel for a couple; the Legend Trackline, a tough competitor that had everyone taking a second look and the New Age Big Red, a stylish looking road-focused caravan with slide-out.

Our second category, for caravans $100K and over, came down to two vans but two with very different target audiences. First up was another quality Roadstar, the Sirius: the definition of tough external and quality luxury inside. It came against the second Dreamseeker at Best Aussie Vans and this one, like the F1 in the Small Vans category, pushed established conceptions of what a caravan can be off the cliff. The F-14 Tomcat is known as a toy hauler and with doors down, it opens the eyes to dreams of hauling bikes, hunting gear and any assortment of adrenaline-inducing toys.

We had slightly different judges to years been with two new faces working with two of our most well known. Ron Moon joined fellow Best Aussie Vans rookie Michael ‘Borgy’ Borg with veteran field editor Malcolm Street and staff journo Peter Quilty. Borgy brought with him a technical nous, particularly in chassis and brake systems, that proved valuable while Ron, with his years of global exploration brought the ability to cut through bullshit and recognise true capability in design. Of course Peter came with his unwavering willingness to work along with a sense of humour that had everyone laughing between the odd cocked eyebrow. That leaves Mal who like Ron, challenged the manufacturers to prove their marketing claims were legitimate while also going to extreme depths in technical assessment; Mals work was a masterclass in thoroughness.

Our team of videographers included Best Aussie Van regulars Anna and JP. Manning the stills cameras were two rookies in Graeme and Cam. Both had shot for us in the past and showed the needed metal to see the job done and to a high standard. On ground was our never tiring Lauren who takes the reins at all of our major events. Her role is probably the least envious and most demanding with a seemingly endless set of questions flooding her way throughout every day and night.

A special thanks needs to go to our event partners, especially naming rights sponsor AL-KO. AL-KO are market leaders in hitches, suspension and other key components supplying most of the caravan industry. It is great to see them step from the business-to-business shadows to support our special industry more publicly in partnering with us. Without them we could not have invested as much in the video and photography you see here nor could we have taken Best Aussie Vans as far afield as we did. From the whole Caravan World team you have our sincere thanks. And to Tebbs who stepped up last minute to provide us a fleet of towing mirrors, we say thanks too. It was a prerequisite for all entrants to carry towing mirrors but with some succumbing to tree damage and some just being forgotten, having spares came in handy.

Where Best Aussie Vans will be next year is a secret for now but with entrants already lining up and the team learning a lot from this year’s event, Best Aussie Vans 2018 will be bigger and better than ever.