Whenever I undertake an RV journey that is work-related, I tend to be a little bit fussy about my requirements. I prefer a motorhome simply because it’s more practical with less fiddling around and I am not usually in any given place for more than a couple of nights.

A side benefit for me is that all my photographic and computer gear is always with me. My other little requirement is that I prefer to not have to make up a bed every night after a day on the road and that the dinette table can either be an eating and/or a work location — but not a bed.

My most recent assignment was to drive from Sydney to Barcaldine in central Queensland and stay for a few days to get some photos and videos of the Guinness World Record attempt on the Largest Parade of RVs and the Longest Line of Rope Lights. A round trip of a mere 3200km. 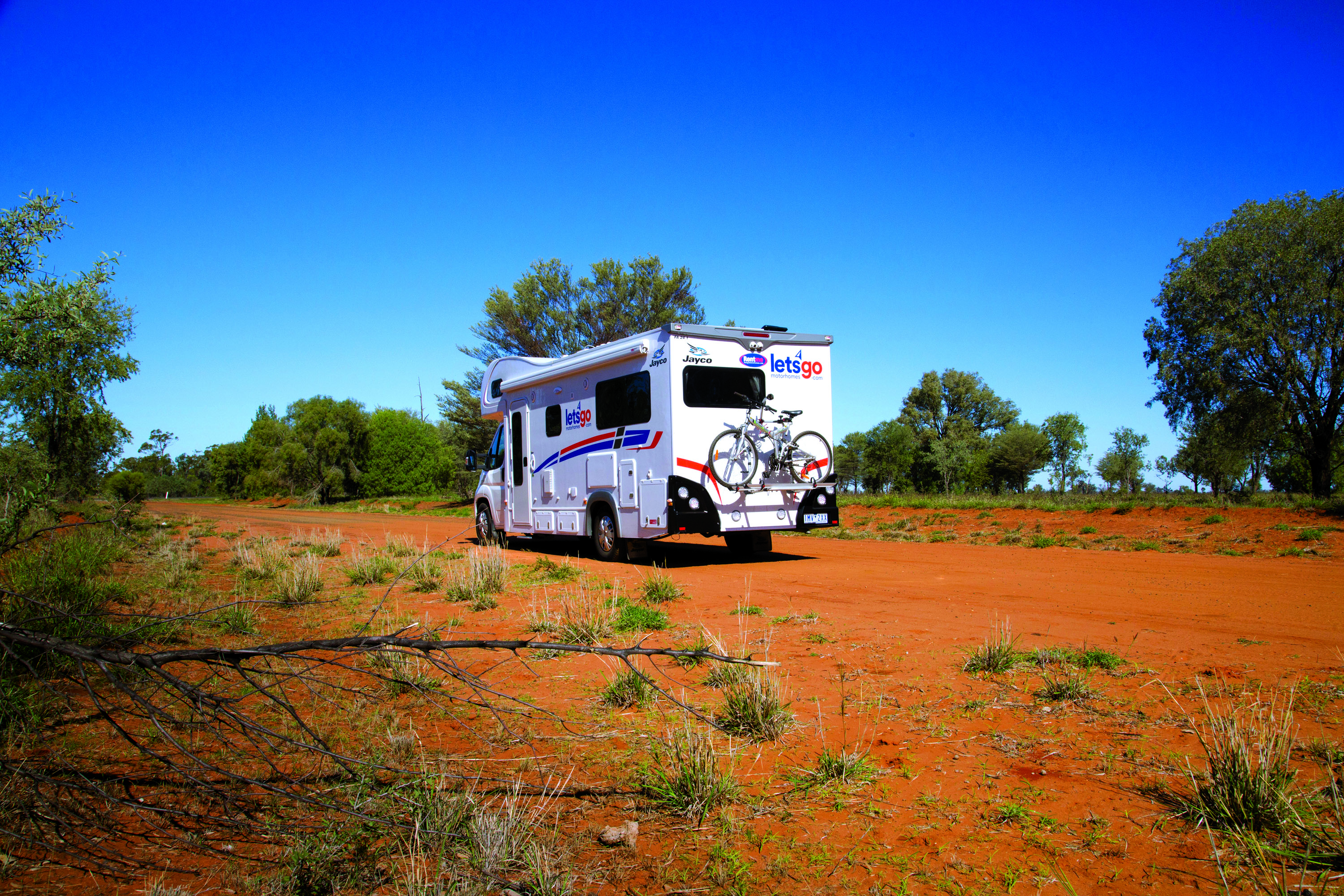 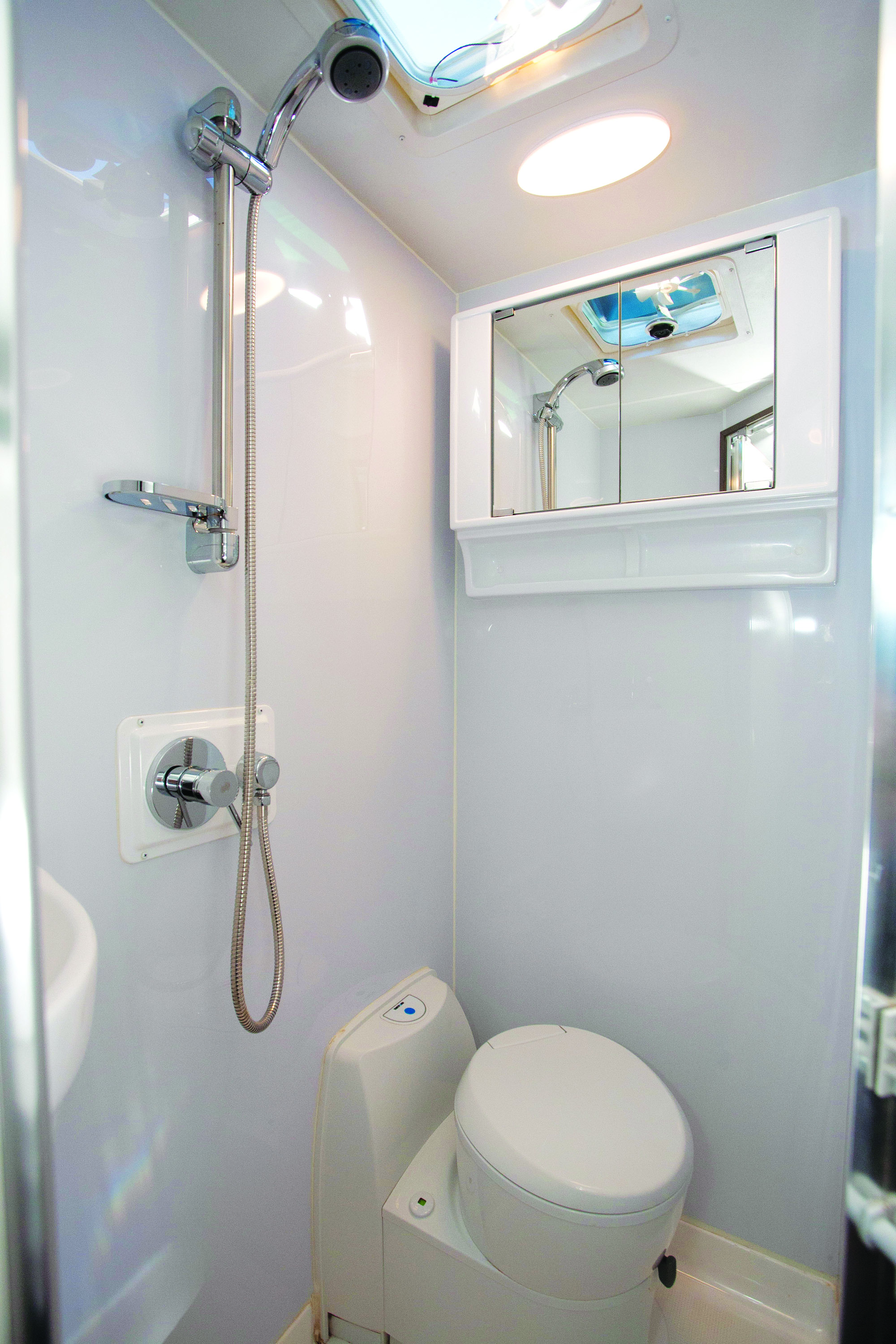 A few weeks before my trip, my original choice of motorhome had fallen through. But, fortunately for me, I happened to meet up with Andrew Scales from Let’s Go Motorhomes and he was kind enough to organise a late-notice Jayco Conquest six-berth motorhome for my trip.

Now, six berths might sound like a bit of an overkill for one person but it came with all the essentials I had in mind. Specifically, a French bed in the rear nearside corner and a dinette that would seat four people or one person using half the table for work reasons and the other for eating.

It came with a few other essentials too, such as a rear offside bathroom, nearside kitchen bed and a Luton bed above the cab which could, in my case, be used for storage.

Let’s Go’s rental fleet is powered either by Renault Master or Fiat Ducato or in the case of the smallest motorhome, a Mercedes-Benz Sprinter. In my case, the six-berth had Fiat Ducato Multijet 180 underpinnings with the ubiquitous six-speed AMT gearbox.

With a Tare mass of 3630kg and a GVM of 4495kg, the Conquest has a very good payload of 856kg, something very useful if there are six bodies on board. That was not really an issue for me, although I was carrying five cameras, a similar number of tripods, a step ladder and other assorted photographic gear. In case you are wondering about that, not only was I taking photos of the event, I was also part of the official recording team — there are some quite onerous requirements for a Guinness World Record attempt.

With an external length of 7.99m (26ft 3in), the Conquest Six Berth is quite a large motorhome. Its size is an interesting challenge to hirers who may not be used to motorhomes but once you are accustomed to the length, handling it is quite easy.

Anyone familiar with motorhoming in Europe or New Zealand (where quite a few Euro-based motorhomes are to be found these days) will know that whilst the Multijet 180 (132kW/400Nm) turbodiesel is de rigueur in Australia, it's quite rare elsewhere, as the lower powered 130 or 150 engine is more common.

I mention that because for most of my trip I was not cruising along but maintaining highway speeds wherever possible, so I appreciated the 132kW engine. I also appreciated the rearview camera fitted to the Conquest. You don’t get that with every rental motorhome and it’s handy when reversing.

For the house bit, the Conquest has an aluminium frame and vacuum bonded fiberglass composite walls. Similarly for the floor, it’s an aluminium framed, sandwich panel structure. Jayco reckons that covers the high strength and low weight requirements whilst having a hail and dent-resistant body.

There’s no shortage of external storage bins, mostly fairly small but that’s not necessarily a bad thing. It makes it easy to keep everything well secured.

One of the bin doors allowed access to the under-bed area and whilst the storage area was good — I used it from both inside and out — the door itself was on the small side for larger items such as the ladder I was carrying and my toolboxes.

One other comment on the external bin doors is the locking mechanisms worked fine but there was a lock nut used on all which seemed to work loose on more than one door. A bit of Loctite or something similar would be good, I think.

Apart from the awning, a feature I appreciated was the Fiamma bike rack. I have a folding bicycle which doesn’t always fit into storage compartments so having a bike rack was a bonus.

Inside the Conquest, there was plenty of room to move, although six people might find things a bit cramped. There were an abundance of storage cupboards of various sizes, which is certainly convenient depending on what was being stashed away. I particularly like the wardrobe capacity for camera bags and the internal access to the under-bed area.

A little differently to most of the new RVs I get to look over, there were cupboards full of all the essential crockery, cutlery, pots and pans necessary for cooking and eating. Not every rental company does this, so I mention in particular the supply of washing-up liquid and loo paper. These are often difficult to buy in the small quantities required, and it was a nice touch.

As an aside, when someone finally invents something that will prevent the sheets and blankets from being disturbed when the bed base is lifted up to access the storage area (something many travellers can relate to) underneath, that will be a real winner.

I’m a fairly basic cook when travelling and there’s no doubt that the kitchen capabilities — four-burner cooker and grill, Thetford 177L three-way fridge, microwave oven and stainless steel sink — exceeded my abilities. I appreciated that the fridge had auto changeover between 240V, 12V and LPG because I stopped frequently on the road and that is an easy thing to forget.

I know that most RV review comments are on items that are too small but in a break with tradition, I thought that the sink was too big (it used precious water) and the tap outlet was also on the high side — I managed to splash water everywhere several times.

Seating in six-berth RVs is always a bit of a trick. Most seating and tables are designed for four as this motorhome is but both the cab seats swivel around, the driver’s one being blocked slightly by the dinette back. Certainly the table is well sized for four people to use.

Under both seats is a mains powerpoint and USB charger outlet. They are a bit awkward to get at but experience has taught me to carry a small power board which remains permanently plugged in and rests on the seat when not being used.

I have to say this all-too-short trip was rather tiring but I still enjoyed it and was a bit reluctant to hand over the keys when I had finished.

Although it was mostly a work trip for me, it was certainly a little different to the usual and the Conquest not only gave me a mobile office but meant I had enough entertaining space to catch up with quite a few friends I have not seen in a while.

Rental motorhome, price varies depending on length of hire and time of year