The streetscape is quiet and the buildings, with their colourful facades and wide verandahs, resemble something out of a western movie. We half expect some gun-toting cowboys and a sheriff to come sauntering out of the saloon. Not surprisingly, this place has been used to film movies such as Disney’s Ride a Wild Pony and My Brother Tom.

We’re standing in the main street of Chiltern, Vic. Located mid-way between Wangaratta and Wodonga, this historic goldfields town is definitely worth a detour, for overnight or longer. 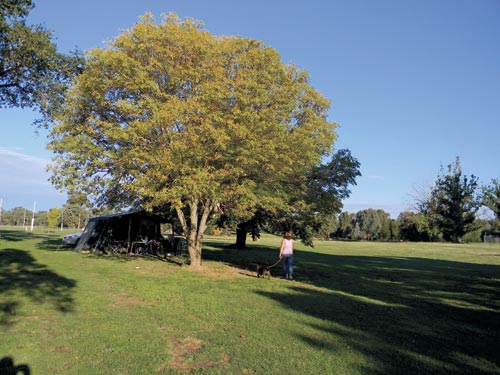 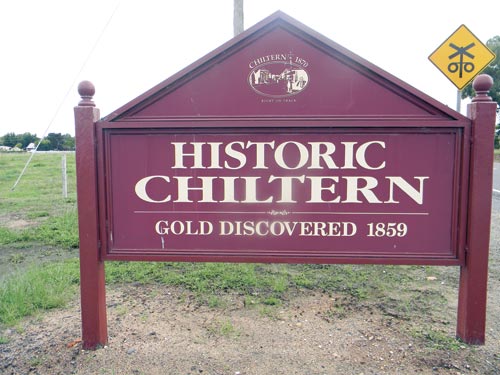 When gold was discovered in this area in the 1850s, the highway passed right through Chiltern’s narrow shopping precinct. Today, the streetscape remains largely as it was more than a century ago, although a bit quieter. In the heady days of the goldrush, this town’s population was 20,000. Now it’s just 1500.

At the junction of Main Road and Conness Street is a swag of heritage-listed buildings, including the Federal Standard newspaper (1860) and the well-preserved Dow’s Pharmacy Museum (1860). The building was a pharmacy until 1969 and is now open seven days a week as a museum. It has original shop fittings and guided tours are held every weekend.

The Chiltern Athenaeum Museum (1836) was originally the town hall and, today, it houses books and historical paintings. We met up with local researcher Rex Fuge, who volunteers at the museum. Rex has a wealth of knowledge about the town’s history and John McEwen, the Australian prime minister in 1967. McEwen was born and lived in Chiltern and much of his memorabilia is in the museum, including the bible on which he took his oath.

Other buildings worth visiting include the Grapevine Museum with the world’s largest grapevine trunk in its courtyard and the Star Theatre, once the hub of social life in the 1900s. On the third Saturday of most months you can relive the atmosphere of the old world picture theatre with an Australian classic movie.

Lakeview House (1870) was once the childhood home of Australian author Henry Handel Richardson and this national trust building is also worth visiting. For motor enthusiasts, behind the only garage and petrol station in town is the motor museum, housing a unique collection of petrol bowsers, vintage cars and motorbikes. Even the railway station is heritage listed. Built in 1875, its unique brickwork and cast iron drinking fountains were the model for many stations in other parts of Victoria.

You can book a guided walking tour of Chiltern with Rex if you want your own personal guide; otherwise, pick up a walking tour brochure. A leisurely self-guided walk will take a couple of hours.

Caravanners will find the best place to stay is the Lake Anderson Caravan Park in the centre of town, which overlooks picturesque Lake Anderson. All sites are flat, spacious and surrounded by parkland. With an all-weather barbecue pavilion, camp kitchen, games room and laundry, the park has everything you need. There are also very reasonably priced and surprisingly luxurious spa cabins with uninterrupted lake views.

Staying at the caravan park gives you the best of both worlds. Not only can you stroll around the perimeter of the bird-filled lake, you’re only minutes from the colourful main street. From here, you can leave the car behind and enjoy a leisurely stroll to explore the historic streetscape and perhaps grab some gourmet afternoon tea. The Mulberry Tree tea rooms, formerly the Bank of Australasia Building, has some of the best home-made jams and scones between Melbourne and Sydney. Bed and breakfast accommodation is also available here in themed suites.

Just outside town are some interesting short drives including the Chiltern historic drive, taking you through the surrounding Chiltern Mount Pilot National Park. This area protects several historic mining sites like the Magenta Mine, one of the biggest gold mines in the southern hemisphere between 1860 and about 1910. We had a great time here, exploring the area and peering into the fenced off mining shafts, trying to imagine how life might have been in the goldrush days.

Chiltern has a reputation as the birdwatching capital of Victoria, with more than 220 species recorded in the surrounding national park. Keen birdwatchers can look out for some of Australia’s endangered birds which are often sighted, such as the regent honeyeater, swift parrot and turquoise parrot. There are a number of dams in the area such as Lappin’s Dam and Cyanide Dam where the birds drink and, according to locals, the best thing is to grab a chair, chill out and wait for the birds to come to you.

A drive to Mt Pilot lookout is worthwhile, as is the short (but steep) walk to the 545m summit. The views are absolutely inspiring and on a clear day you can see Mt Buffalo.

Whether you’re into history or antiques, or you just want a break from the freeway, Chiltern is a fantastic detour from the Hume Highway. And for wine lovers, it’s hard to resist the gourmet wine region of Rutherglen, only another 30 minutes away.