Kakadu Travel: The Highway to Kakadu

To me, Kakadu National Park has always been the destination. Rugged and beautiful, remote but accessible, it has long represented the touring ambitions of not just me, but RVers across Australia.

Covering about 20,000sq km, it’s around the size of a small European country yet you can spend only days there and emerge onto the Stuart Highway having had had an experience that will remain with you long after the caravan has been packed away.

With adventure on our minds and the kids buckled in the back seat, my wife Stacey and I hitched up the Coromal F616s – the very van that one lucky reader will eventually win – and asked the Pajero’s on-board GPS to take us to Port Augusta, SA. For eastern Melburnians such as us, that’s a distance of about 1100km but, by the time we’d reached the West Gate Bridge, about 60km from home, Ethan, our five-year-old, asked for the first of many times: “Are we there yet?” 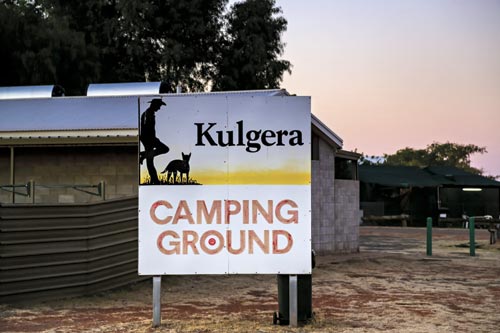 “No, darling,” we replied. “Remember, Kakadu is a long way from here.”

“But we’ve been driving for hours!” They say the journey is half the fun. But that fun won’t last long if you don’t plan your trip properly. Understanding the range of your tow vehicle’s fuel tank is an important part of the equation when touring the outback. And actually stopping to fill up, rather than leaving it until the next roadhouse, is the other part. Trust me, I know…

The road took us west and by 5pm, Ethan and Jasmine, our one-year-old daughter, were getting cranky. I didn’t blame them, it’d been a long day. We pulled into Kaniva, a small town near Little Desert National Park and were gone early the next morning, making sure to fill up the tank before pushing on to Port Augusta. The routine was quickly established – get out of bed by 6.30am and be on the road no later than 8am. The kids could easily cope with a 500km day, 600km was pushing things and 700km would cause a backseat meltdown. That was fine with us as we were keen to see some sights along the way although, at times, those sights were few and far between, leaving us with no choice but to keep the wheels rolling.

I was fastidious about filling up at each roadhouse, aware that the Pajero was drinking diesel at an alarming rate. At times, the economy gauge claimed consumption of 23L/100km!

Fuel isn’t the only reason to stop at many of the outback roadhouses. Most have their own charming attractions. Aileron, for example, 132km north of Alice Springs, is best known for its giant statue of an Aboriginal warrior that stands sentinel over the roadhouse and adjacent caravan park. The park is, admittedly, basic but it has powered sites, bore water and the roadhouse itself has a convenience store, playground for the kids, and meals. Everything the weary traveller needs.

And then there’s Wycliffe Well, the self-proclaimed UFO capital of Australia. About 130km south of Tennant Creek, Wycliffe Well has a good caravan park with an excellent spread of powered and unpowered sites. The roadhouse has its own eatery, decorated with laminated newspaper clippings about extra-terrestrial goings-on in the area.

The statues of little green men dotted about the place are an amusing attraction, too, and became a talking point with the kids. Situated a short drive from the Devils Marbles, Wycliffe Well is definitely more than just a place to get fuel.

Well before either of these interesting locations, however, is the turn-off to Yulara, the tourist township of Uluru-Kata Tjuta National Park. The Erldunda roadhouse is well set-up (the onsite caravan park even has a pool) and the only fuel stop between there and Yulara is Curtin Springs, some 160km away.

After spending a relaxing two days in Yulara, we were heading back to the Stuart Highway having filled up before leaving. To this day, I’m sure the needle indicated that the fuel tank was three-quarters full when we passed Curtin Springs, which was more than enough to get us to Erldunda. But the needle dropped, and dropped and dropped. Suddenly, it was under the one-quarter mark and I had to confess the situation to Stacey. We had a satphone and plenty of water and the highway was well trafficked, so we were never in danger, but my ego was well and truly bruised.

“You should’ve topped up at Curtin Springs,” she remarked.

I’d been telling myself that for the last hour or so.

With 60km of bitumen between us and a diesel pump, there was only one thing to do. I pulled over at the now-closed Mt Ebenezer roadhouse, unhitched, emptied the van of all valuables, and whacked the coupling lock on. The van would have to wait there.

Without the van attached, fuel consumption dropped to around 11L/100km and I dared hope that we would make it. The relief in the car as Erldunda came into view was palpable and the Paj was shaking, about to conk out when I pulled alongside the diesel pump.

Thankfully, the van was waiting where we left it and all was well again. My mistake – breaking my rule about filling up at every roadhouse – had cost us 120km of unnecessary travel. And did I fill up as we passed Erldunda again on the way to Alice? You bet.

About 100km south of Alice Springs, a Nissan Patrol appeared on the horizon, approaching very fast. If he was doing the speed limit, I’ll eat my hat. As he passed, a stone the size of a grape flicked up and took a large chip out of the windscreen.

“Bugger!” I cried. Then, remembering the kids in the back seat: “Bother! I meant bother!”

“That chip’s going to spread,” Stacey said. “Get it fixed in Alice Springs.”

That was a darn fine idea. Kakadu was notorious for its rough tracks and the last thing I needed was a dissected windscreen. The problem, though, was that it happened on a Sunday and, try as I might, I couldn’t find anyone to repair it. So on we went, one roadhouse after another, until we arrived in Katherine. (And had the chip spread in the meantime? Stacey was sure it had.)

The man who fixed it was a brilliant bloke who gave us a $33 discount on the repair because he didn’t have change for $100. Apparently it was touch and go, with the chip spreading as soon as he applied the necessary pressure to inject the resin. Had we chanced it in Kakadu, it would’ve been all wind and no screen as we drove.

The moral of this story: attend to things as they arise, lest you find yourself stranded on an outback highway without fuel or windscreen. The Stuart Highway is long – interminably, excitingly long – but there are enough roadhouses to keep you rolling without the need for long-range tanks.

However, should you have a mechanical problem or otherwise, don’t expect much help. Between Port Augusta and Alice Springs, and from Alice to Tennant Creek and/or Katherine, there are very few establishments that’ll have the parts or expertise to get you back on the road.

There’s no telling who you’ll meet on the road. As we settled in for the evening at Coober Pedy, there was a knock at the door. Vince Pagett from the Hunter Ramblers branch of the Australian Caravan Club had noticed the Caravan World decal on the side of our van and thought he’d say hello. It was immediately agreed that he’d muster the troops for a photo.

When night fell, I joined Vince and some fellow Ramblers for a beer. Vince is a deft hand on the guitar and kept the crew entertained. With an early start on the cards, though, I regretfully left after two tinnies. But one thing was clear: the Hunter Ramblers are a heck of a lot of fun, like-minded people who enjoying getting about the country together. Caravanning and companionship. That’s what it’s all about.