A trip into the heart of World Heritage-listed Oxley Wild Rivers National Park in north-eastern New South Wales is a journey into a vast wilderness, where untamed rivers have carved their way through dramatic gorges with sheer vertical rock faces. The 145,000ha park is home to numerous waterfalls and boasts Australia’s second largest fall, Wollomombi.

We opted to camp at Apsley Falls, 20km east of Walcha, at the park’s southern end. The gorge is only 1km off the Oxley Highway, yet its steep and impressive rock walls remained hidden from our sight.

We followed the signs to the camping area, which is 330m from the falls, and found a large site near the gorge rim, unaware of what lay behind the tall, well-structured fence. When we finally had a look, the sight of the massive rock walls took our breath away. The vertical cliffs drop down at least 100m to the river floor, which is covered in massive boulders. 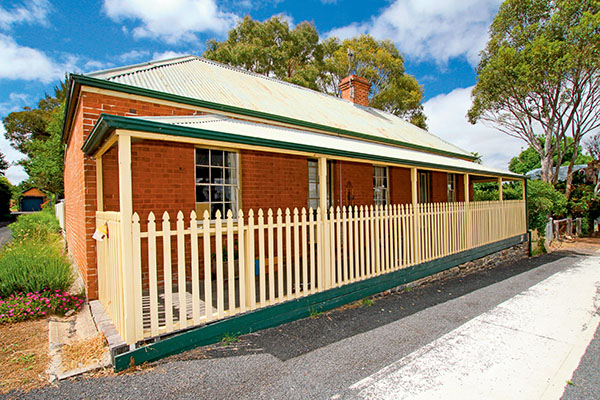 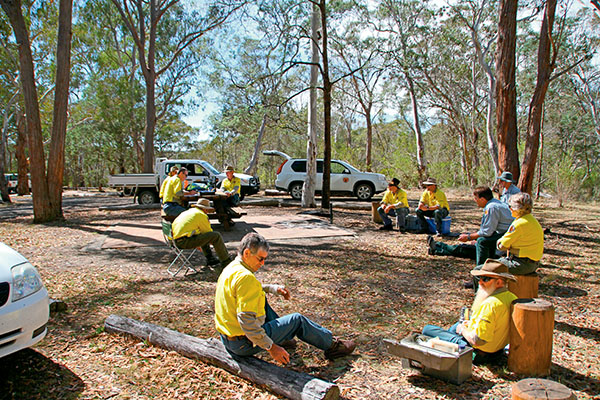 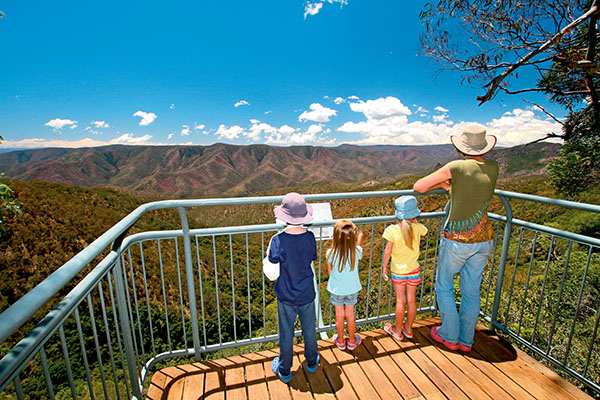 Our curiosity awakened, we followed the track along the ridge to the picnic area where we discovered the Lion’s Club Lookout, built in 1975. In the distance, we could hear the sound of rushing water but the chasm in front of us was empty. The kids ran ahead to the next lookout, which highlighted a landslide that occurred in October 1987.

The next day we treated ourselves to a visit to the lolly shop in Uralla, 40km from Walcha. The succulent chocolates and old-fashioned sweets met all our expectations – don’t miss out on discovering ‘The Sweet Place’ when you pass through this historic town. Home to the impressive statue of Captain Thunderbolt, New South Wales’ infamous bushranger Frederick Ward, the picturesque town abounds with fascinating history and heritage-listed buildings. Renowned for escaping from Cockatoo Island, Frederick earned the reputation of being a ‘gentleman bushranger’ and holds the record of being the longest rambling bushranger of the 19th century.

We saved the best for last and headed off on a trip to Riverside, a picturesque camping spot along the Apsley River. First, we picked up a key and permit ($25 per vehicle per day or $15 for pensioners and annual pass holders) at Apsley Motors in Walcha before heading off along Moona Plains Road. The first 40km took us through the New England countryside and past several farms. The journey becomes more interesting when the landscape turns hilly until, at last, we passed the sign telling us we have again entered the national park. We passed the turn-off to Budds Mare and hung a left, knowing we were close to the start of the steep 4WD track. Apparently, the gravel road descends 700m over a distance of only 7km and a low-range 4WD is required.

The gravel road, which is in excellent condition, twists and turns its way down the steep mountain. The drive is slow but fairly easy and 20 minutes later, we found ourselves beside the crystal clear Apsley River. After a good look around, we headed back up the track and dropped our key in the container at the access gate. We drive to Budds Mare where we stop for a picnic lunch before wandering down the short track to the lookout. The Apsley Valley stretched out before us, the sun highlighting the impressive Paradise Rocks on our right and further north, Round Mountain and Point Lookout.

There are several access points, with the towns of Walcha and Armidale the main service centres. Most of the sights can be reached via turn-offs along the Oxley Highway near Walcha or the Waterfall Way near Armidale.