Mention you are going to Coffs Harbour and most people will think of the Big Banana and endless beaches. But beyond the high-rise glitz, there are many pockets of Coffs that hark back to its simple beach holiday past. From delightful butterfly farms and old-fashioned dolphin shows to the wonderfully laid-back Aussie-Indian beach town of Woolgoolga and off-the-radar galleries, there is more to Coffs Harbour than you’d imagine. 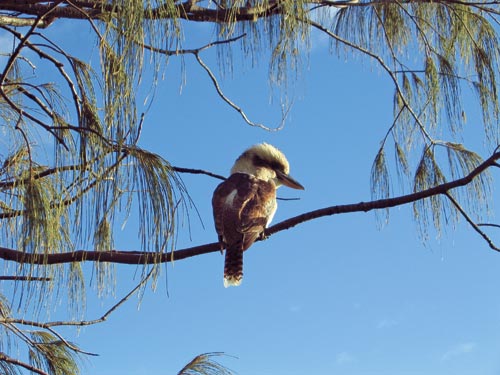 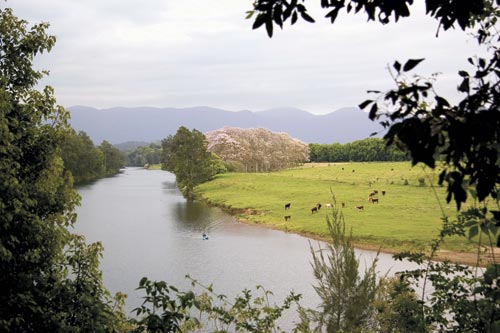 The region has more than 40 beaches and 90km of coastline, so how do you choose where to go? Easy – head to Woopi.

Woolgoolga (or Woopi to the locals) is one of Coffs Harbour’s pristine northern beaches and has the largest Sikh settlement in regional Australia. The Indian population arrived around Federation and has been there ever since. Their influence is obvious as soon as you come into town and see the wedding cake-like Sikh Temple and the unofficial dress code of brightly coloured turbans teamed with thongs. There’s a famous seafood-cum-curry takeaway shop, which does a roaring trade, and the shopping centre is dotted with Indian food and spice stores. Woopi’s unique cultural heritage is celebrated at the unashamedly over-the-top Woolgoolga Curryfest, with fabulous Indian food, cooking classes and a spot of Bollywood dancing! See www.curryfest.com.au for more.

For a change of pace, the low-key Sawtell Beach just south of Coffs is a perennial family favourite. Sapphire Beach and Emerald Beach on Coffs Harbour’s north shore are surfing beaches, light on development but big on waves. If you’re at Emerald Beach between June and November when an estimated 8000 humpback whales migrate up the coast, Look At Me Now Headland has great whale-watching views.

As far as regional attractions go, it doesn’t come much quirkier than The Butterfly House. Set just off the highway, this labour of love has a maze, tea rooms and a butterfly enclosure with more than 15 different species. Butterflies like hot, humid conditions so it’s a little sticky in the enclosure, but all is forgiven when you are eyeball to eyeball with one of these flamboyant winged creatures. There are information booths where big kids and little kids alike can learn about all things butterfly. It’s somehow pleasing to know that butterflies don’t just look good. Butterfly numbers are a good indication of the environment’s health and are also used for light refraction studies in developing paint.

Coffs Harbour Dolphin Marine Magic is a charming old-school seal and dolphin park, and a forerunner to Sea World on the Gold Coast. The park offers an up-close-and-personal encounter with these endearing sea creatures. On offer are seal kisses, a show, and, if you are inclined, swimming with dolphins. Behind the scenes there is also a dolphin rescue and breeding program. There are penguins, turtles and an array of other creatures, including peacocks, roaming the grounds. The atmosphere is family-friendly and the small scale of operations gives it a homely feel. And, for me, the interaction with the animals felt more personal than at other zoos or theme parks. See www.butterflyhouse.com.au and www.dolphinmarinemagic.com.au for more information.

Held on the third Saturday of the month, Bellingen Markets, or Bello as the locals call it, is a 20-minute drive inland from Coffs and is the region’s best market. Bello boasts more than its fair share of artists, foodies and sea-changers, so there are eclectic gifts and organic produce aplenty.

If you’re after some homewares, fashion or an unusual gift, Sawtell is the spot. It has shades of Noosa, with its ever-so-troppo fig-lined streets, but thankfully without the attitude, crowds or stratospheric pricetags. Even if you don’t find something, relax with a coffee on the grandly-named First Avenue.

In-the-know locals flock to the centre of Coffs every week for the Thursday Growers Market, and on Sundays the Harbourside Market at the yacht club is a fun market featuring art and produce.

If you’re after art with a difference, head to Bunker Cartoon Gallery. This gallery has the first and only dedicated black and white art gallery exhibiting the largest private collection of contemporary cartoons in the Southern Hemisphere. Located in an authentic RAAF underground WWII bunker, it is hard to think of a funkier setting for this truly unusual gallery. See www.bellingenmarkets.com.au and www.harboursidemarkets.com.au for more information.

With 11 national parks and 37 state forests, including World Heritage Dorrigo National Park, the Promised Land and Never Never Creek nearby, the Coffs area offers walks for all levels of fitness. Fancy a coastal meander? Then head to Bongil Bongil National Park just near Bonville Creek to the south of Coffs. If you’re staying on Coffs Harbour’s northern beaches, Sherwood Nature Reserve is just a few minutes’ drive west of Woolgoolga. There’s a pretty 3km return rainforest walk to a waterfall at the Woolgoolga Creek Picnic Area.

Sure, the centre of Coffs gets hectic during the day. But why not follow the locals’ lead: go for an early morning walk along the breakwater to Muttonbird Island and watch the sunrise. For a start, parking is a cinch that time of morning and if you’re really lucky you’ll see whales and dolphins. On the way back you’ll come to Wild Harvest for a waterfront brekkie. And the best news is it’s owned by the fishermen’s co-op so it won’t break the bank.

Another local haunt is an atmospheric old cinema at Sawtell. The First Avenue Cinema is a restored art deco theatre, showing a mixture of new release, classic and arthouse films.

JUST AROUND THE CORNER

Macksville, around an hour’s drive south, is a classic town on the banks of the Nambucca River. It’s brimming with colonial buildings, including the lovingly restored Star Hotel with its vintage 1950s sports advertisements, and feels like a nice town to while away a few days.

Head for the hills on The Waterfall Way between Coffs Harbour and Armidale. The route takes in at least a dozen waterfalls and meanders through Bellingen, stunning Dorrigo and Ebor, home of the fabulously-named Top-of-the-World Point Lookout. More information at www.macksville.nambuccacbd.com.au, www.visitwaterfallway.com.au and www.coffscoast.com.au

Woolgoolga Beach Caravan Park – opposite the beach and adjacent to the town centre, 1800 200 555,
www.coffscoastholidayparks.com.au/woolgoolga-beach-caravan-park

Sawtell Beach Caravan Park is on the south side near Bongil Bongil National Park, 1800 200 555, www.coffscoastholidayparks.com.au/sawtell-beach-caravan-park