Anyone planning major caravan travels in Australia must at least consider putting a Toyota LandCruiser ahead of their caravan, it’s that simple. We certainly did, when it came to choosing tow tugs for the two prototype Bailey Rangefinder caravans that we planned to tow across the girth of Australia. And, once you take all factors into account, it’s surprising how the choice of appropriate tow tugs shrinks.

For a start, the two vans had to be towed legally and safely, which can be two quite separate considerations. ‘Legally’ meant their ATM (laden) weights both had to fall comfortably south of 2.5t to be towed by a mid-sized, four-door 4WD such as a Toyota Prado or Mitsubishi Pajero. However, ‘safely’ included taking into account the notoriously variable road conditions you can find in outback Australia, such as the effect of rain, the timing of the local shire grader and various other unexpected factors. This meant having a margin over the minimum tow vehicle requirements.

In the UK, the home of Bailey caravans for the past 65 years, it’s illegal for a caravan to weigh more than its tow vehicle. In Australia, regulations vary state by state but in Western Australia, for example, the loaded mass of a caravan must not exceed 1.5 times the empty mass of its tow vehicle. 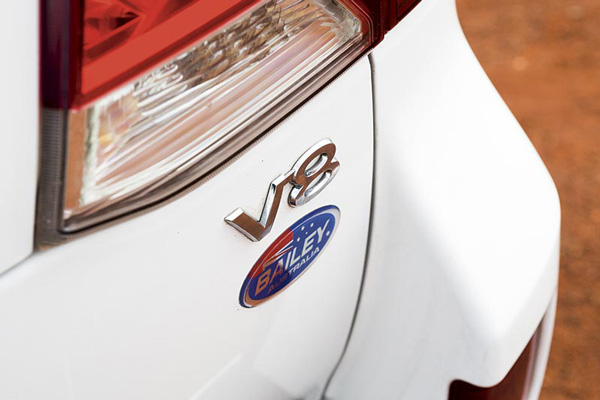 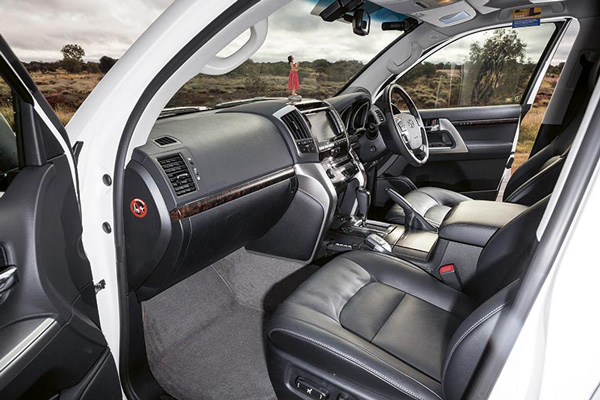 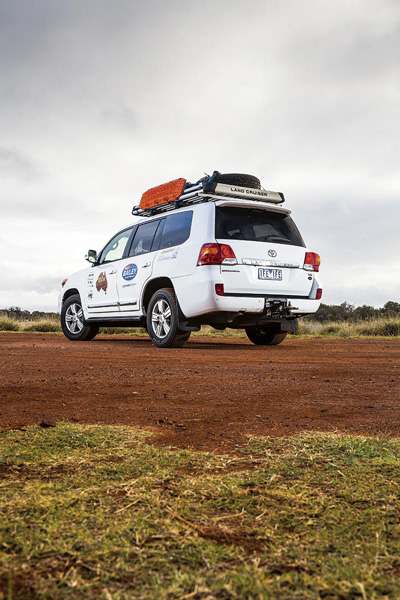 This means that some 3000kg-capable diesel utes or crew cabs, beloved by many Australian travellers, cannot legally tow the average laden Australian offroad caravan. And when you add strong headwinds, rough, sandy tracks and – worst of all – wheel arch-clogging mud if rain falls on the parched earth, you can imagine why a margin in favour of your tow car is desirable.

That’s not to say that a smaller, dedicated 4WD, such as the latest Toyota Prado, wouldn’t have hauled the Rangefinders admirably on our West2East Challenge – it would have with ease. However, the appeal of the larger LandCruiser 200 Series was irresistible, and our two-week window to cover more than 8300km, including some 2200km of unsealed roads in unknown condition, didn’t allow much margin for error.

We would have been very happy with GXL-spec 200 Series LandCruisers, but Toyota Australia offered up a pair of new, top-spec, leather-lined Sahara V8 diesel models, so who were we to complain?

From the outset, the two white Cruisers looked at home ahead of the mostly-white Rangefinders. The first surprise was to discover that both the van’s hitches – the standard 50mm ball coupling on the 21ft 10in Gemini and the Vehicle Components DO35 offroad coupling on the larger 22ft 9in Nebula – were set at a height that made them almost a drop-on fit for the standard LC200 tongue. However, to ensure they had the correct balance and ball loading for the 14,000km round trip, Bailey Australia decided to fit Hayman-Reese weight distribution hitches that allowed them to sit level on the road.

The other obvious difference was that the Cruiser towing the Nebula had the additional impost of a full-length roof rack carrying two LandCruiser 18in spare wheels and tyres, three full 20L jerry cans of diesel fuel and two pairs of Maxtrax emergency sand tracks – a total extra weight of 150kg.

My first impression, towing the Rangefinders south from Denham, WA, was that the LandCruiser was overkill for the trip. It made such light work of hauling the lighter of the two Rangefinders – the 1820kg Tare Gemini – on the smooth and fast North West Coastal Highway south to Geraldton that I seriously had to check the Cruiser’s rearview mirror regularly to reassure myself the van was still there!

It was an effortless experience – the Toyota’s muscular 4.5L V8 bi-turbodiesel easily maintaining Western Australia’s maximum legal towing speed of 100km/h, with plenty of reserve for overtaking and maintaining that speed up hill and down dale, regardless of the persistent head wind.

In fact, the best way to tell you were towing was to watch the fuel consumption displayed on the Sahara’s large central colour display. Had we travelled at the 85-95km/h speed beloved by most long-distance caravanners, we would have seen it read around 16L/100km. But, as the distance ahead begged to be covered quickly, it read closer to 19L/100km.

Now, that’s a bit thirstier than you would expect from a smaller tow tug, but I have a very pragmatic way of looking at fuel consumption. For a start, diesel is cheap in Australia by world standards at its current sub-$1.50/L, so using an extra 3L/100km effectively costs you a cup of designer coffee per 100km.

Swapping to the 30cm longer and 150kg heavier Rangefinder Nebula made little difference. Although, despite the Sahara’s solid footprint, we were aware that the Nebula’s tandem-axle set, which is located further forward than the Gemini’s to accommodate its huge front lounge, was slightly livelier in gusty side winds at high speeds.

That impression continued as we made our way across the lower centre of WA to the outpost town of Laverton. There, on the town’s eastern limits, the bitumen disappears and the Great Central Road stretches across the centre of the continent for the next 1100km or so.

At Byron Bay, the trip record of both LandCruisers made interesting reading. By then, the Sahara towing the Gemini had covered just on 12,000km since leaving Melbourne and had averaged 20.2L/100km for an overall all-roads average travelling speed of 66.5km/h. Interestingly, on its final 430km run on bitumen from Chinchilla, Qld, to Byron Bay, NSW, it averaged 15.9L/100km.

By the time it got back to Melbourne, two days later, its overall average speed after around 14,000km of rapid towing had risen to 67.7km/h, but its overall average fuel consumption had dropped to 19.9L/100km, a reflection of its final bitumen blast.

The other Cruiser towing the heavier Nebula averaged 21L/100km to Byron Bay at a higher average of 71km/h and used 16L/100km from Chinchilla to Byron. However, overall, Melbourne to Melbourne, it returned an excellent 18.1L/100km at a total average speed of 86.5km/h.

My conclusion? When it comes to long-distance towing, long live the King!