The five-day ACC Chairman’s Muster was held at Kingaroy Showgrounds from March 9-14 and almost 200 members in 96 RVs attended.

Throughout the five days, the large group supported the community through fundraisers and incidental costs such as accommodation, fuel, groceries, and entertainment.
“Our members completed expense sheets so we could keep a tally of the amount of money spent,” ACC chairman Craig Humphrey said. “It averaged out that over the five days, each RV unit spent somewhere between $500 to $550 in the region with a total spend overall of around $51,000.
“This shows that towns and localities that can attract RVers, can really benefit economically from the RV community.”
Charity Lifeflight will receive an additional $550, the proceeds of an ACC raffle which took place during the rally. The major prize of a week’s cabin accommodation at Lake Boondooma or Yallakool Caravan Parks, donated by the South Burnett Regional Council, was won by ACC member Jo Meier.
“On behalf of the ACC, I would like to extend special thanks to the Kingaroy Showground Society, South Burnett Regional Council, local businesses and service clubs, and to the South Burnett community at large for being such fantastic hosts to us during our stay in the region. We all felt so welcome,” Mr Humphrey said.
The ACC’s next Chairman’s Muster is scheduled to take place at Peak Hill, NSW, from May 18-23 and the National Muster, which will attract around 400 members, will be in Bingara, NSW, in October. 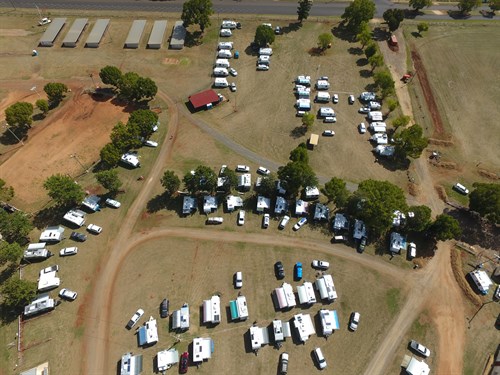