LEGEND, OPTION RV AND WINNEBAGO BATTLE IT OUT IN $80-$100K CATEGORY AT BEST AUSSIE VANS

Priced at $99,990, the striking Groundbreaker is a very impressive van. The 21ft 6in (external) van's frame is made from laminated poplar, giving it good rot-resistant qualities. Internally, the van is something of a surprise with a layout which is refreshingly different from the common front bedroom/rear bathroom design we often see. Legend has fitted a sumptuous club lounge in the rear of the van, with a kitchen split across both the offside and nearside just in front of the lounge. The nearside portion had an agled design, creating more bench space. The bathroom sits in the middle of the van, also split across both sides, while the bedroom rides up front, offering a level of privacy not often seen in a van.

Option RVs Tribute Series of vans were designed in honour of Option RV founder Steve Dumaloski, who passed away last year. The van competing in Best Aussie Vans is the first ever Tribute Series van, and will be sold with proceeds going to Steve's young family. THe van is priced at $89,990 and is fully set up for offroad touring.

Winnebago's new line of Australian-built caravans was represented at BAV by the Mossman 680B slide-out. The $91,662  Mossman is the only van competing at this year's event with a slide-out, giving it a huge amount of extra internal living space. The Mossman, while not an offroader, does have an extras pack featuring a second battery, solar panel and a grey water tank, plus the standard IRS suspension, giving it the capability to take you down rough roads and the ability to let you spend a few days there when you arrive. 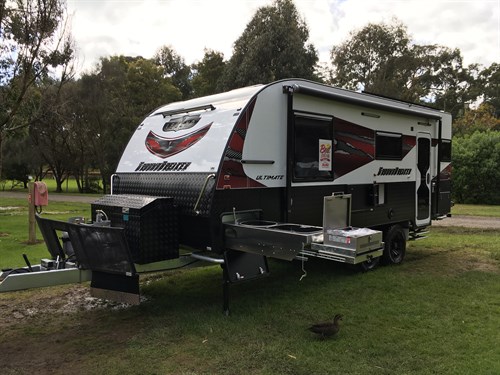 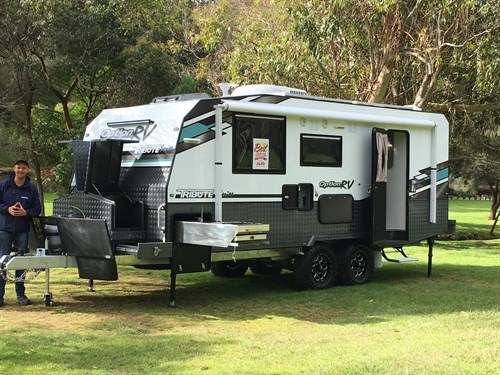 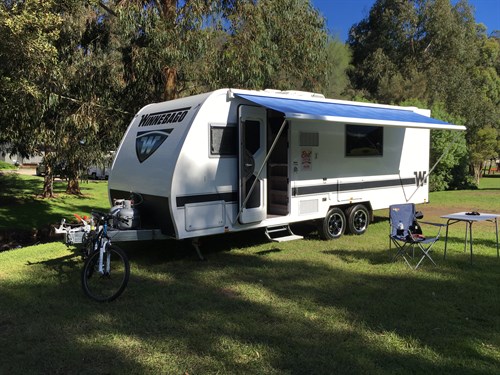