Retreat Caravans will donate a van to the Victoria’s Department of Human Services’ (DHS) effort in providing shelter for thousands left homeless by the state’s recent bushfires. Many families who lost their homes this month in Vic’s worst fires on record are residing in shared community facilities and other emergency make-shift accommodation.

Retreat Caravans, who had staff members cooking and serving meals to Victorians affected by the fires in Whittlesea throughout the week, registered its interest with the Red Cross and was later approached by the department.

“We are just finishing that van off right now,” says Steven Borge, Retreat Caravans CEO. “The DHS will be inspecting the van next week. We are going to give it to one family who have lost their family home, until their house gets rebuilt and when they don’t need it any longer, we’ll donate it to the CFA, Red Cross or the Salvation Army.” 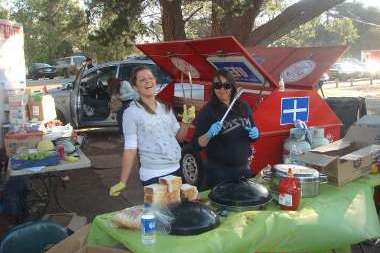 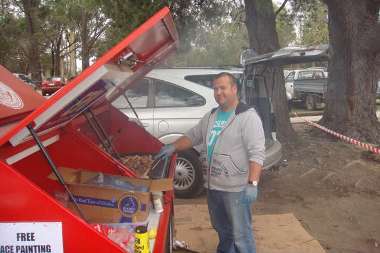 Meanwhile the Department of Human Services continues to seek caravans and other private, self-contained accommodation for a 12-month period, phone 1800 006 468.

Other members of the caravanning industry are also assisting families affected by Victoria's fires, visit the CRVA.