Australians rely heavily on fuel to get around, especially for us caravan owners. We’ve all heard the horror stories about that brand new $100,000 diesel vehicle copping a whole lot of bad fuel and costing the owner their left arm and half a kidney to repair, right?

The problem is that fuel is an unstable, organic liquid that has a tendency to go bad. To be blatantly honest, most of us wouldn’t have a clue what our fuel goes through before it ends up in our vehicles. We forget it has to be transported from the refinery, often shipped from overseas, to be trucked across the country. It’s pumped through pipelines, barged and stored in a variety of storage tanks, each facing their own dilemmas. Temperature fluctuations and exposure to the atmosphere cause condensation and water contamination issues. And don’t even get me started on what your typical common rail diesel engine demands of fuel these days. 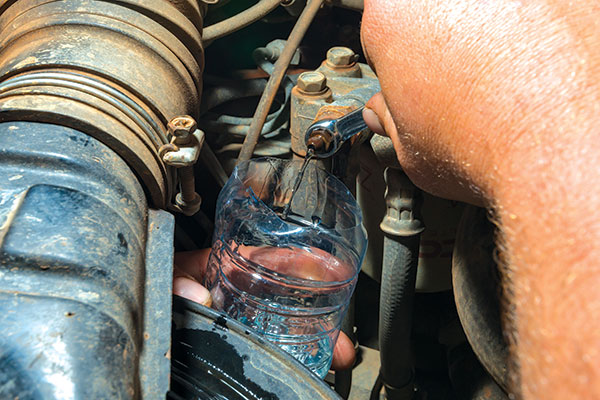 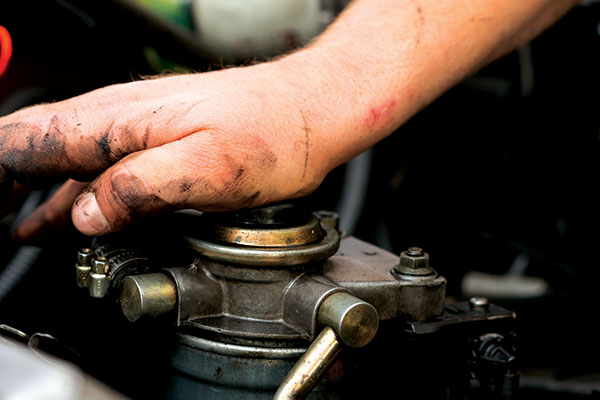 With all that in mind, we thought we’d shine a little light on the topic and give you the tools you’ll need to prevent a potential disaster in the making. So whack your reading glasses on, this is sure to be a real eye opener!

Water contamination is arguably the biggest threat to any diesel engine. But, here’s a fun fact for you: just about all service station fuel storage tanks have water inside. Yep, it’s nearly impossible to avoid. With air inside the tank and the temperature consistently changing, condensation builds up on the walls of the tank. Even the fuel from a warmer tanker truck getting pumped into the cooler underground tank, can cause this. It’s a bit like grabbing a cold can of soft drink from the fridge on a hot day — it usually gets covered in moisture —and over time, the water collects and sinks to the bottom of the tank. If that’s not enough to cause a full-blown anxiety attack, the fact that the exact same process can happen in your vehicle's fuel tank, probably is. Add in the potential for water to penetrate a fuel station's storage tank after heavy rain or flooding, and it’s enough to raise an eyebrow or two. Granted, this is where the maintenance and condition of the bulk-filler cap, vent pipes and seals come into play.

So why is a bit of H2o so bad? Well, put it this way, water is like the Grim Reaper for fuel systems! It causes rust, which creates absolute havoc inside your fuel system and it reduces lubrication, causing internal components of your fuel system to wear, prematurely. Moisture is also a breeding ground for bacteria, fungi and algae and since there are too many of these microorganisms to list, they are often simply referred to as 'diesel bugs'. The majority of these bugs need water to survive and they love to feed off nutrients found in fuel additives. The little buggers multiply, produce waste deposits, die and descend to the bottom of your tank at an extremely rapid rate. Over the course of a few months, the carcasses and contaminants build up and get sucked through the rest of the fuel system — clogging up fuel lines, fuel filters, injectors and even the high-pressure pump.

There are, however, a variety of diesel bug additives out there, designed to kill the bugs. The problem is, these additives can’t remove the dead bugs themselves, which means the dead carcasses and contaminants can still damage your dual system — especially in common rail diesel engines. In other words, you’ve still got a heck of a lot of cleaning to do. Your best bet is to use a diesel bug treatment regularly, to kill any contaminants before they get too advanced.

We’ve all heard that common rail diesels are prone to fuel issues, but most of us don’t actually understand the reasons behind it. In a nut shell, a common rail diesel operates with much lower tolerances to deliver fuel to the engine, far more precisely, than older direct injection engines. This also means there are additional components involved that are quite fragile. The abrasive nature of rust means even small amounts of it can upset the more delicate internal components in a much shorter time frame, than older direct injection diesels. To add even more fuel to the fire, common rail systems operate at extremely high pressure (up to 45,000psi). A rapid burst of water instead of fuel can damage the injector, in some cases sending debris, like the injectors tip, into the combustion chamber causing irreversible damage to the piston and valves. Yep, it’s rebuild time if that happens, and it’s never cheap!

Regularly replacing your vehicle's fuel filter is an absolute must. In fact, I’d go as far as replacing it every time you change your engine oil (10,000km-15,000km these days) or before every major trip, regardless of how long it’s been in there. Sure, you could wait until the little warning light pops up on the dash, but let me ask you this — what happens if your fuel filter is already 70 per cent blocked before you leave for your next trip and you cop a bad load of fuel? Yep, it could literally mean the difference between arriving into town on the end of a tow truck and making it there under your own steam.

Keeping a spare fuel filter on board is a top idea too. It sure beats potentially waiting for days for a replacement filter to arrive, if you’re in the middle of nowhere. Make sure you use the highest quality filters available, as there are plenty of cheap, nasty and inferior options on the market that will cause more trouble than they’re worth.

For a little extra protection and peace of mind, installing a secondary fuel filter is a good investment. But, there’s a lot of confusion around the best way to do this. Your standard factory-fitted fuel filter usually filters down to between 2 and 5 micron, which is ultimately designed to suit the rest of your fuel system requirements. Some people choose to fit an extra fine filter (2 micron) after the factory one, to add another barrier of protection and buy a little extra time if water happens to slip through the main filter. The problem is that most modern fuel systems are equipped with some fairly advanced sensors, which can be affected when a second, high-pressure filter is installed. To make matters worse, a high-pressure fuel filter (like a 2 micron unit) usually isn’t very effective against water contamination. The higher pressure literally forces the water through the filter element. Instead, a pre-filter (usually around 30 micron) is generally much more effective against water, as it give the water time to hit the filter element and separate. It’s best fitted before the main filter to remove any water before it reaches the finer micron-rated factory unit. Some may argue that fitting a second filter after the main unit still gives you time to react once the main filter blocks up and triggers the service light but there’s no real point in having two filters that aren’t always effective at filtering water out.