When it comes to planning any trip – big or small – money plays a key role.

We’ve recently packed up our house, left our nine-to-five jobs behind and hit the road in our 4WD, with no particular end date – basically, until the bank balance bottoms out. 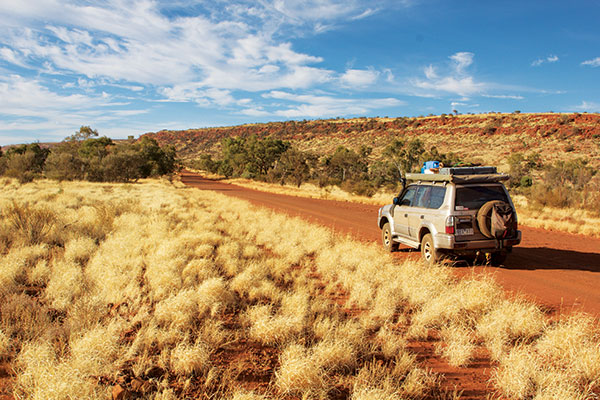 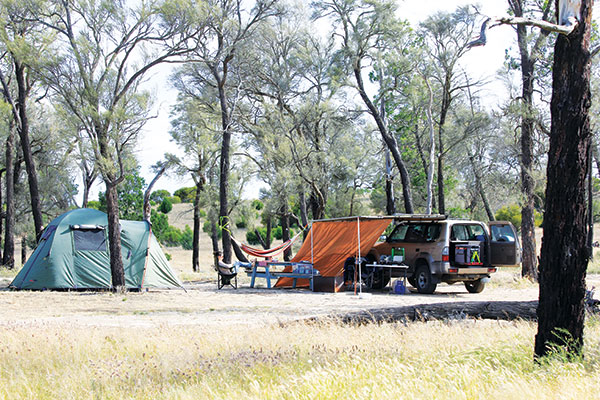 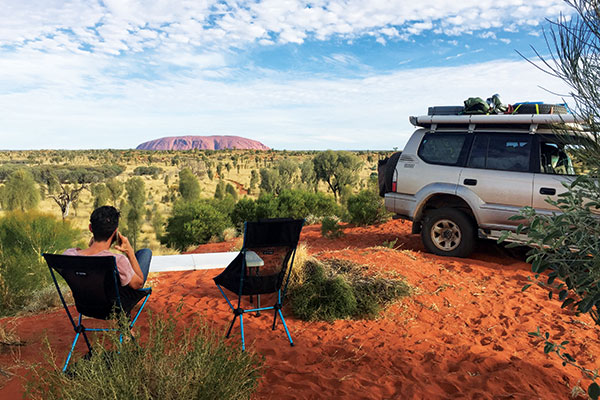 For us, budgeting started with our setup, which is mostly DIY. We decided to keep it simple on this trip, so we set up the car to sleep in the back and threw the tent in as well.

Of course, no one wants to be a total tight arse – after all, you’re on holidays to have a good time! So while we want to keep costs down, we don’t want to miss out on the unique experiences this lifestyle has to offer.

With this in mind, we spoke to some other savvy, money-saving campers to find out how they make their money last.

For the budget conscious, budgeting starts back when you choose your rig and in keeping costs down as you set up and plan for a trip – all before you actually hit the road.

David and Hany Smith from Geelong, Vic, see budgeting as ‘big picture’ and, rather than setting a strict budget while travelling, they did most of their cost-cutting before they left. When it came to setting up their rig, a Tommy Camper mounted to the tray of their Toyota LandCruiser ute, David and Hany adhered closely to the KISS method (for those not familiar with this method, that’s: keep it simple, stupid!).

David reckons the Tommy Camper was a good budget build – a basic shell with a canvas pop-top bed. The rig is David’s ongoing project and he’s done most of the internal fit-out himself.

For any new purchases, David’s savings tip is to plan ahead and work out what gear you need and then wait for the items to come on sale, as they invariably do. But he suggests choosing items that have multiple purposes and repurposing items you already have, whenever you can, rather than going out and buying brand new gear.

In line with his KISS ethos, he reckons one of the best ways to save money on your rig is to buy the base model and then slowly add any extras later – and only, he stresses, if you find you actually need them.

Fuel is, of course, one of the biggest costs you face as you tour and David says it’s worth considering the aerodynamics of your rig from the outset. He’s currently working on a prototype for wind spoilers to fit to his camper in a similar approach to that of large trucks. He hopes to achieve considerable fuel savings this way. He also affirms the age-old adage of travelling at your optimal speed rather than your maximum speed to cut down on fuel consumption.

PLANNING YOUR BUDGET AHEAD

When it comes to the cost of living on the road, we’ve heard plenty of figures thrown around – anything from $500 per week to $5000 per month, and all sorts in between. Some people set strict budgets and stick to them at all costs, while many people we’ve met tend to be a little looser, while remaining cautious with their spending.

Sue and Trevor Lowe are one such couple. We met Sue and Trevor at a great free camp at Curtin Springs Roadhouse on the Lasseter Highway, NT. They were sitting outside their van, enjoying happy hour and cooking damper with rosemary Trevor had collected from a herb garden at a previous camp (there’s a money saving tip for you!).

To keep costs at a reasonable level, Trevor advises thinking about what you’ll do in advance and planning for those larger expenses. On this trip, they’d splurged on a scenic flight over the Bungle Bungles and were off to check out the Field of Light at Uluru the day after we met them, but the rest of the time they balance these costs by picking and choosing what they’ll see and do, and try to avoid constantly reaching into their pockets for entry fees to museums and sights.

On tour, they spend about two-thirds of their time staying in caravan parks and the last third making the most of free camps, such as Curtin Springs, which helps the money stretch. But they like to pay their way by ensuring they spend money on other things if they’re staying for free, and were planning to have dinner at the roadhouse’s bistro that evening.

With that in mind, Sue advises not over-buy groceries but to pick them up as needed, as they’ve found in the past that fruit and veggies, in particular, would go to waste if they decided to eat out. This allows you to be more spontaneous while avoiding wastage. Sue also recommends cooking larger meals and freezing the leftovers for another night – an easy money-saving tip.

While sticking to a budget can help you stay away longer, you don’t want to spend the entire time in a gravel pit on the side of a highway eating baked beans cold from the can!

Such is the case for Latiesha Killin and Guy Weston, who were just two weeks into an open-ended tour in their Nissan Patrol GU single cab ute pulling a flatbed offroad tandem trailer with a fully enclosed alloy jack-off canopy, when we met them at Finke Gorge National Park, NT.

In that time they’d travelled a fair distance from their Ipswich, Qld, home so the cost of fuel had factored quite heavily on their budget. They’d done their research into what other travellers budgeted for before they left, mostly on Facebook, and were aiming to average somewhere between $500 and $1000 per week.

Latiesha says that while you can easily cut costs by avoiding tours and doing things on your own, you can also miss out on a wealth of knowledge this way. This is an area savvy campers can certainly save a buck or two, though, by making the most of the free guided walks and talks that are on offer in some national parks.

Their biggest learning so far is to make the most of the many free camping opportunities around the country. They’re totally self-sufficient but were initially a little nervous about staying at rest stops, preferring places where there were more people around. But they’ve found their money isn’t lasting as long as they’d like staying in caravan parks, so they’re now using WikiCamps to make the most of freebies.

They’re also keeping an eye out for opportunities to work, as a way of making the money stretch even further and also to meet people and have a different experience of life on the road.

Guy says more than anything they’re realising it’s the little things that add up, which is a sentiment shared by all the campers we’ve met; small savings here and there can make a really big difference in the long run.