A 1998-2002 GXL turbodiesel is a great tow vehicle, with plenty of power and torque, good economy, a comfortable, roomy interior and a solid, stable towing platform. Tough as nails, these are popular vehicles in the bush and spare parts are easy to find. 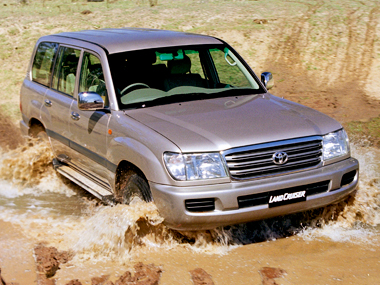 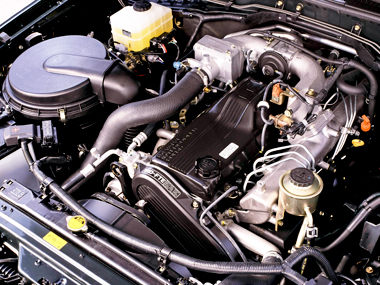 The 1HD-FTE 4.2L turbodiesel engine was a strong performer when new and works best with the optional four-speed auto.

On the road, the Cruiser really rides over the rough stuff well and can be an excellent point-to-point tourer. It works well offroad, too, even though purists won’t like its independent front suspension or limited departure angle due to the spare wheel placement. It has good clearance, massive rear-wheel articulation and a relatively supple ride.

The LandCruiser is one of the most stable and solid heavy-duty towing platforms you can buy. Expect fuel consumption of 11-12L/100km when driving solo and up to 15-16L/100km towing a large van, depending on road conditions and van size and weight.

Even the earliest (1998-1999) models are not cheap, but the HDJ100R is so popular that it’s likely to hold its value much better than almost any other used 4WD. There was a $12,000 price premium on the turbodiesel over the petrol model when new, and this is reflected to a degree in used values.

Expect to pay from around $20,000 for a high-kilometre early model to $30,000 for an average-condition 2002 model with 100,000-150,000km. If you can buy one that has been used as a caravan towing rig it’ll probably be a better buy than one used for extensive offroad touring. While offroad rigs can be good, treat one with a lift, mud tyres and bullbar with more caution.

The main problems to be aware of include chassis cracking at the independent front suspension, and front differential failure – although these problems are typically experienced with vehicles used extensively offroad. Pinion bearings can fail, too, while the cable holding the underslung spare wheel on early models should have been replaced free by Toyota by now with a more secure chain.

Otherwise it’s down to how careful the previous owners have been with maintenance. These are tough, durable and reliable vehicles but that can change according to how it’s been treated.

Needless to say, a vehicle with a full service history and the approval of an independent mechanical inspection is going to be the safest bet.