On Adelaide’s eastern doorstep, the picturesque Adelaide Hills offer many experiences for travellers wanting to escape the often stifling heat along the coast.

The Cleland Conservation Park is home to Mount Lofty, the highest peak in the Mount Lofty Ranges that form the backdrop to Adelaide. Standing at 710m above sea level, the peak provides stunning views of the city and surrounding areas, including as far as Kangaroo Island and Yorke Peninsula on a clear day. A stroll through the park leads to the gushing Waterfall Gully. 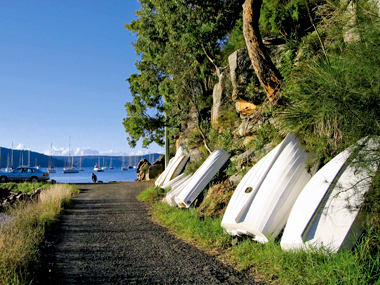 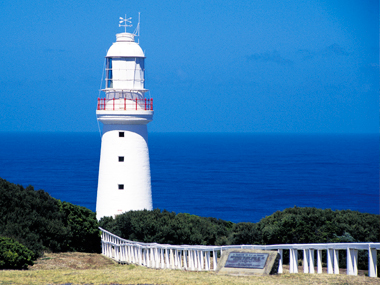 The eponymous Mount Lofty Botanic Garden at Piccadilly features cool-temperature plants and tranquil lakes, along with walking trails that snake through seven valleys, each dedicated to a particular plant group including magnolias, rhododendrons and roses.

The Morialta Conservation Park in Woodforde also has lush scenery and walking trails, as well as the beautiful First Falls, a waterfall created by a creek that plunges over a 30m cliff into a natural pool.

Belair National Park is perhaps the most popular park with its tennis courts, free barbecue facilities, horse-riding trails, sporting ovals, picnic areas and an adventure playground. There’s even a caravan park within the national park’s boundary that makes a good base from which to explore the region.

Gorgeous scenery isn’t the only attraction of Adelaide Hills, though. There are several wineries in the region, while Hahndorf, one of the hills’ oldest towns and Australia’s oldest surviving German settlement, still has many German bakeries on the bustling main street. Nearby is the former home and studio of famous German-Australian artist Sir Hans Heysen, The Cedars. A collection of his art is on display as well as his painting materials, tools, sketches and notes.

The National Motor Museum at Birdwood houses over 300 vintage, veteran and classic cars and motorcycles in a complex by the River Torrens. Open seven days a week.

The kids will enjoy the world’s largest rocking horse at Gumeracha. Standing at 18m high, the rocking horse is at a wooden toy factory and petting zoo.

It’s hard to imagine that the Adelaide Hills offer such a wide range of attractions and scenic sights so close to the city. And with countless accommodation options, including strategically placed caravan parks at Belair National Park, Cudlee Creek and Mount Barker, it’s worth taking your time to discover it all. For more information, log on to www.visitadelaidehills.com.au.

QLD — Tambourine National Park
The Gold Coast hinterland offers a peaceful respite from the masses of people and traffic jams along the packed beaches. The Tamborine National Park, one of the more attractive areas in the hinterland with lush rainforests and palm groves, consists of 13 sections of the Tamborine Plateau and surrounding foothills (one section, Witches Falls, became Qld’s first national park in 1908).

At 500-600m, the plateau is consistently five degrees cooler than the lowland, making it a perfect retreat from the blistering beaches.

Cliffs, rocky columns and waterfalls are remnants of the volcanic eruptions that rocked the area over 23 million years ago, and you can experience their majestic beauty along numerous walking trails scattered through the park. Curtis Falls is a particularly breathtaking oasis, and a day spa operating close by will also help you unwind.

The Mount Tamborine area is home to a number of wineries and ‘tree-change’ settlements, selling arts and crafts and home-made treats. If the heritage communities or Devonshire teas aren’t your thing, however, there are plenty of activities for the more adventurous.

You can go abseiling at Eagle Heights or mountain biking through Thunderbird Park. Both options cater for beginners as well as experts, and offer distinctive ways to experience the beautiful scenery while getting your adrenaline pumping.

The Mount Tamborine Glow Worm Caves also offer a unique experience. These artificial caves house thousands of glow worms, and you can enjoy an audiovisual display about the creatures before seeing them in the flesh.

The only caravan park on the Tamborine Plateau, the Tamborine Mountain Caravan and Camping, also caters for the wild at heart with horse-riding trails and tennis, basketball and volleyball courts. Of course, relaxation is also encouraged and the park is dog-friendly.

You can leave the caravan stationed at the park and enjoy day trips to the surrounding areas where the roads aren’t suitable for towing caravans, such as the Lamington and Springbrook national parks, which both contain lush rainforests, extensive walking tracks and spectacular views.

NSW — Hawkesbury River
With national parks and small riverside villages, the Hawkesbury River north and north-west of Sydney offers everything from nature and adventure to art and history. Since colonial days the region has been Sydney’s food bowl, and the river is dotted with historic settlements that have remained virtually unchanged. Today it is a haven for boaties, fishers, bushwalkers, motorcyclists, picnickers and holidaymakers.

There is enough to easily fill several days but you can also break the trip into two parts: one at the coastal end near Patonga and Brooklyn, and the other at the historic, farming end near Wisemans Ferry and Windsor.

Brooklyn, at the head of the river, is where much of the filming for The Oyster Farmer was done. Despite house prices now tipping the million-dollar mark, it still has a folksy, edge-of-the-universe feel. Take a trip on the riverboat postman, a ferry that delivers mail and supplies to the little island communities that dot the river. For something more ‘beachy’, take a short detour up the winding Pacific Highway to Patonga where the Hawkesbury meets the Pacific. From Patonga you can cruise the Hawkesbury inlets all the way to Bobbin Head near Berowra in Ku-ring-gai Chase National Park.

Travelling up the Hawkesbury from Patonga involves getting back onto the Pacific Highway – briefly – before heading towards Wisemans Ferry via whimsical towns like historic Peats Ridge and hippy-dippy Mangrove Mountain. It’s a short drive past mangroves and riverside shacks to Spencer, a tiny river settlement on the edge of wild Dharug National Park. It’s hard to believe that this peaceful hamlet is technically still in Sydney.

From Spencer, it’s only 30km on a sealed road to Wisemans Ferry, Australia’s oldest continually-running ferry crossing, having operated since 1827. It runs 24 hours a day, seven days a week and takes caravans.

Not much has changed since Solomon Wiseman established the ferry in 1821. It’s the kind of place that feels like it has stepped off the world’s merry-go-round and makes you want to linger for a few days, doing nothing in particular.

From Wisemans Ferry, follow the Farm Gate Trail towards Windsor, then head east through rural Dural to complete the circle and arrive back in Brooklyn.

Celebrate the end of your Hawkesbury adventure at Pie in the Sky, a pie shop in a converted petrol station overlooking Brooklyn. Grab a coffee, bring your own wine or beer, and drink up the views of the magnificent Hawkesbury. For general information on the region, visit www.hawkesburytourism.com.au.
WORDS AND PICS Julie Ihle

VIC — The Otways
The Great Otway National Park comprises what was, until four years ago, four separate parks stretching between Apollo Bay and Cape Otway. A perfect place to escape the summer heat while the crowds descend upon the beaches of Lorne, this western high country is full of waterfalls, tall ferns and winding roads.

Camping is available in 17 different locations throughout the park. There are plenty of walking tracks winding through the mountain ash, blackwoods and myrtle beech that grow on these cool slopes, many leading to lush waterfalls. Stevenson’s Falls are located next to the campground, and a short walk through Douglas fir trees leads to the roaring falls.

Triplet Falls, in the heart of the park north of Cape Otway (70km from Apollo Bay), is one of the more spectacular falls in the park. A 1.8km loop walk takes you from the visitor centre to the falls.
Around the corner is the Otway Fly Tree Top Walk, a 25m high walk through the canopy including a 45m lookout – more information at www.otwayfly.com.

If you want to venture down to the beach, there are more here than you can shake a stick at, some of them hidden like Wreck Beach at Moonlight Head, 16km west of Lavers Hill. The air may not be as cool here as under a ferny canopy, but the water is always refreshing!

WA - Leeuwin-Naturaliste National Park
This national park in the south-west corner of WA stretches 120km along the coast from Cape Naturaliste in the north to Cape Leeuwin in the south. It’s 260km south of Perth, or an easy three- to four-hour drive – virtually next door in a state that covers a third of our continent. Many Perth residents are well aware of the park’s varied and beautiful attractions while interstate visitors are invariably blown away.

Spectacular granite sea cliffs and headlands are interspersed with sandy beaches, limestone caves, coastal heathlands and dense forests. These form the settings for a wide range of activities from sedate to adventurous, which contrast (or combine nicely) with the excellent wine, gourmet food and luxury B&Bs around the town of Margaret River just inland.

Walking is one of the main activities in the park – and one of the most rewarding, given the diverse scenery. The pièce de résistance is the 140km Cape to Cape Walk along the full length, which can be completed comfortably in six days if you’re reasonably fit, but you can do shorter sections of the trail or go for countless other short walks instead.

Fishing is also popular, especially in May and June when huge schools of salmon make their way up the coast – but the sea can be wild and people do get swept off the rocks by unexpected waves, so only go fishing in calm conditions, please!

Well-known breaks attract surfers, such as at Smiths Beach at Yallingup in the north, and there’s good snorkelling at Prevelly mid-way along the coast – but again, only in calm conditions. Access to some of the more isolated fishing or surfing spots is by 4WD only.

Humpback whales migrate north in June and south in October, and there are many viewing points. Southern right whales are also a common sight, as are blue whales – the largest animals on earth – in November when they come and feed in Geographe Bay east of Cape Naturaliste.

Bush camping sites in the park itself include those with basic facilities run by the Department of Environment and Conservation (DEC), and there are plenty of commercial caravan parks around Margaret River and elsewhere in the area. For more about the park, log on to https://parks.dpaw.wa.gov.au/park/leeuwin-naturaliste and follow the links.
WORDS AND PICS Rob van Driesum
Source: Caravan World Jan 2009