Blog: Are you really prepared for the caravanning lifestyle?

I am constantly staggered when reading posts on some caravan forums regarding how unprepared many people are in setting up for the caravanning lifestyle.

“I have just paid the deposit on an XYZ model, has anyone else got one and have you had any issues?”  or “I have just received my ABC make/model, is this prewired for solar?”   Both posts indicate that little real research was done on a rig that may have cost in excess of $60,000. 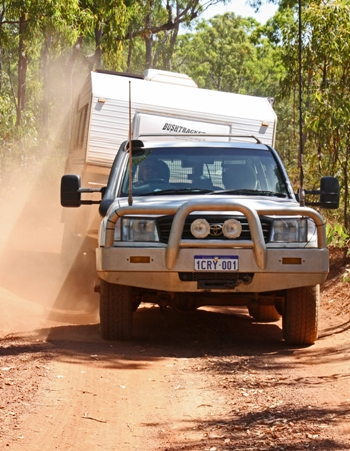 I recently inspected a friend’s newish van and he said that he was unsure if he had a combo water heater with gas and electric or electric only, he previously only used the electric Water heater.   I showed him the gas ignition switch on the wall.

One also sees numerous posts regarding standard caravan appliances such as Thetford cassette toilets.  They are usually seeking advice or guidance on how to correct some problem.  Why do they not research the appliance maker’s website and/or contact them directly? In Thetford’s case, their website is excellent.   Instead they open themselves up to endless opinions.  Some may be correct but many are just opinions which may have little factual base.  The phrase ‘armchair experts’ comes to mind.

Many people have invested heavily in caravans in the hope that it will be their’ dream machine’ for the big lap.  Yes, they have done their research, spoken at length to the dealer and been to the Caravan and camping shows to compare their choice with all the opposition caravans and have read the caravan magazine reviews.   Sorry folks that is not really research.  You are only speaking with people with vested interests.   The only people with reliable feedback will be experienced owners who have travelled extensively with their caravan through the sort of country you wish to travel. Ideally this should be a face to face discussion.

On a recent trip to Cape York we had a neighbour in the caravan park complain that he and his wife had spent three hours cleaning up dust in his three month old ‘Dream Machine’.  This was before he tried to sort out the fridge problems and other issues he was experiencing.

Maybe he was unlucky to get a ‘lemon’ from the dealership.  However, when I asked what tyre pressures he was running he said he had reduced them from 60 to 50psi for the severe corrugations found on this trip.  He was aghast when told I was running at 24 psi in these conditions and had previously been down to 22 psi on tracks like the infamous Gunbarrel Highway.

It is excusable as he was new to the towing game and had a new rig that had a tough name plus some propeller plate and an Off- Road sticker.  He thought it could go anywhere.  However, much has been written and experience has demonstrated that high tyre pressures on heavily corrugated tracks are a recipe for breaking something.  This may have been the primary cause of much of his woes.

Remember the old army adage of P7th. “Prior Preparation and Planning Prevents Pizz Poor Performance”  I could add an eighth ‘Perhaps’