Caravans that have been designed to slide onto the back of a ute or truck used to be more common than they are today. In fact, modern slide-ons are more likely to be fold-out camper trailers than caravans with fixed walls.

So when we saw this rare vintage Hi Way One, we just had to stop to talk to its owner, Colin Webb of Newcastle, NSW. He was a long way from home at the time, since we met him east of Perth, heading for Kalgoorlie in the West Australian goldfields. Colin explained that he had driven across the Nullarbor for a holiday and to participate in a truck trek.

The Hi Way One was sitting on the back of a vintage Dodge truck, making a very striking retro rig with no shortage of road presence. Colin added: “The truck is a 1963 Dodge which my father bought in 1964. He was a beekeeper and drove the truck all over NSW. He always owned Dodges. This one is a 318cubic inch 320 series (3 ton)”. 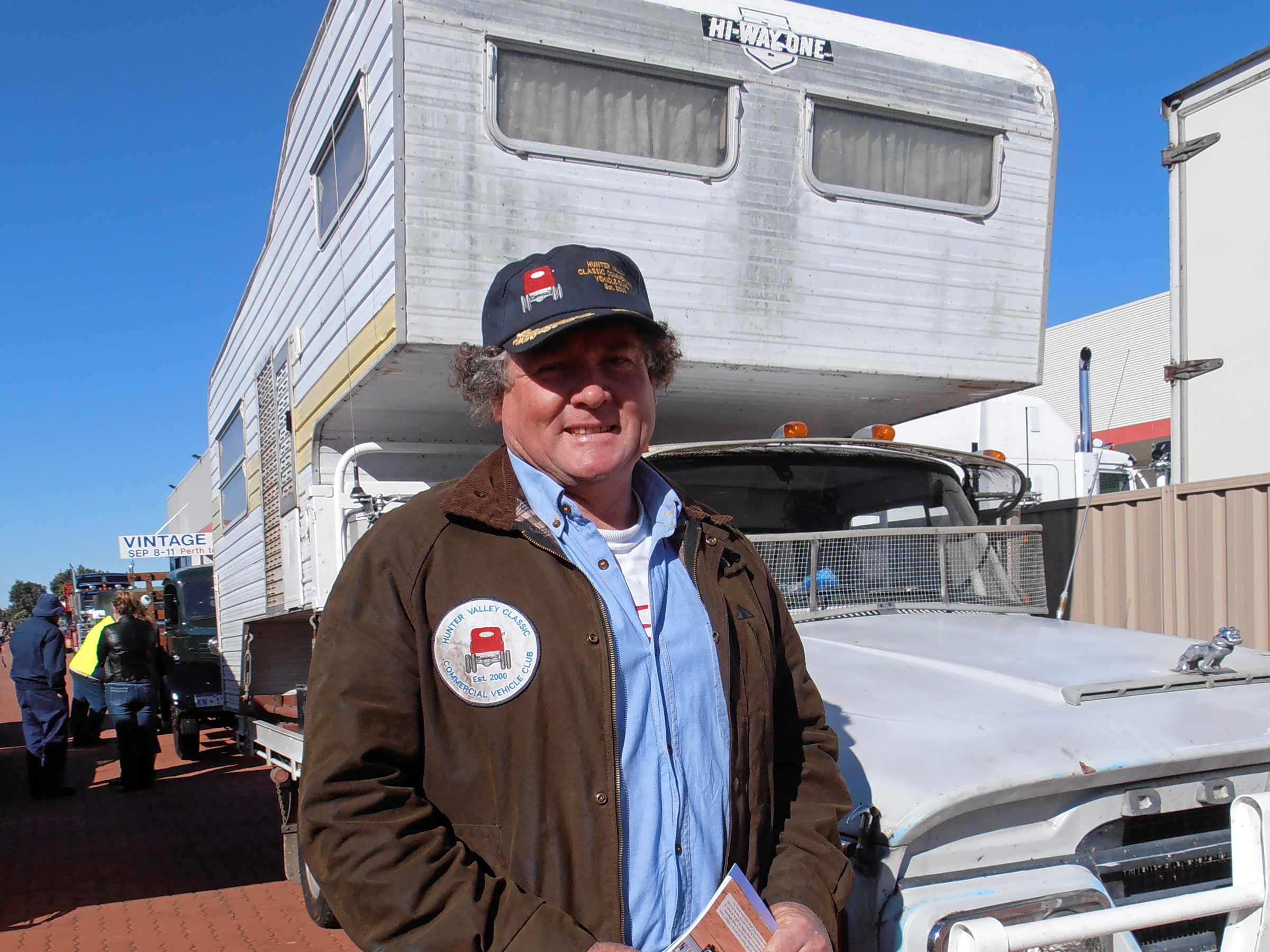 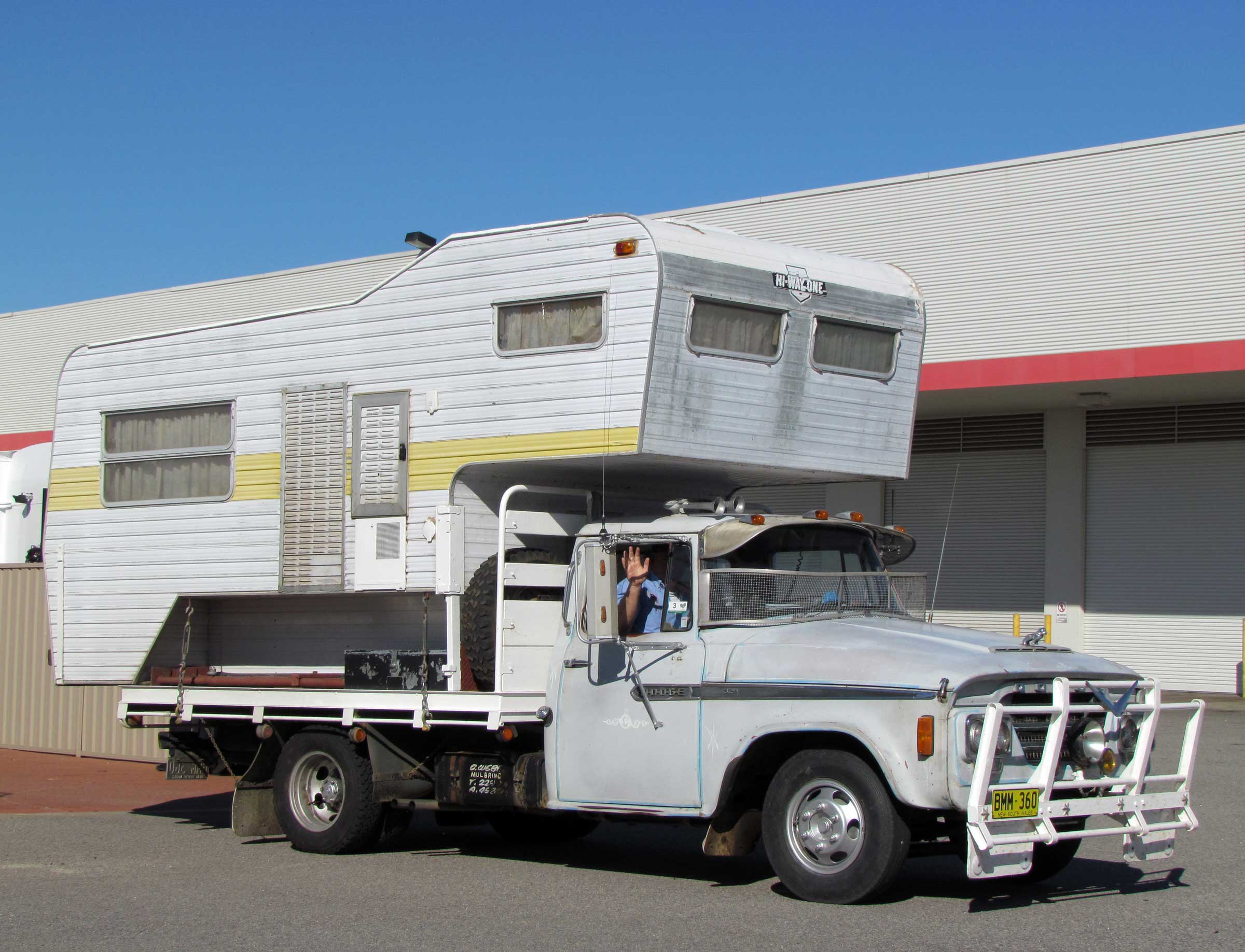 “The Hi Way One slide-on is from the 1960s and I am the third owner. The first owner had it on the back of a Ford F250, and the second had it on a Ford F350. I have done several truck treks in New South Wales and Victoria, but this was my first time to cross the Nullarbor. It took me five days to get across and I camped in the slide-on along the way.”

Of course, the road across the Nullarbor is part of Highway One which goes right around Australia. So it seems only natural that Colin drove across it with his Hi Way One.