Blog: A Vintage Franklin Caravan By Any Other Name

Vintage caravan enthusiasts generally take their retro rigs very seriously. But that doesn’t mean that they don’t have a sense of humour, as we discovered earlier this year.

We were attending a vintage van get-together in Adelaide, and were surprised to see a compact little wooden Franklin caravan that was obviously from the 1950s. It caught our attention because all the other vintage Franklins that we have seen in our travels were much larger aluminium vans from the 1960s. They didn’t look anything like this little wooden van.

The owner wasn’t nearby, so we had a look inside and admired the colourful decor and the collection of retro memorabilia. The caravan had Franklin badges front and rear, but we continued to be amazed that the Ballarat, Vic based Franklin company had ever made such a cute van — that was, until the owner turned up. 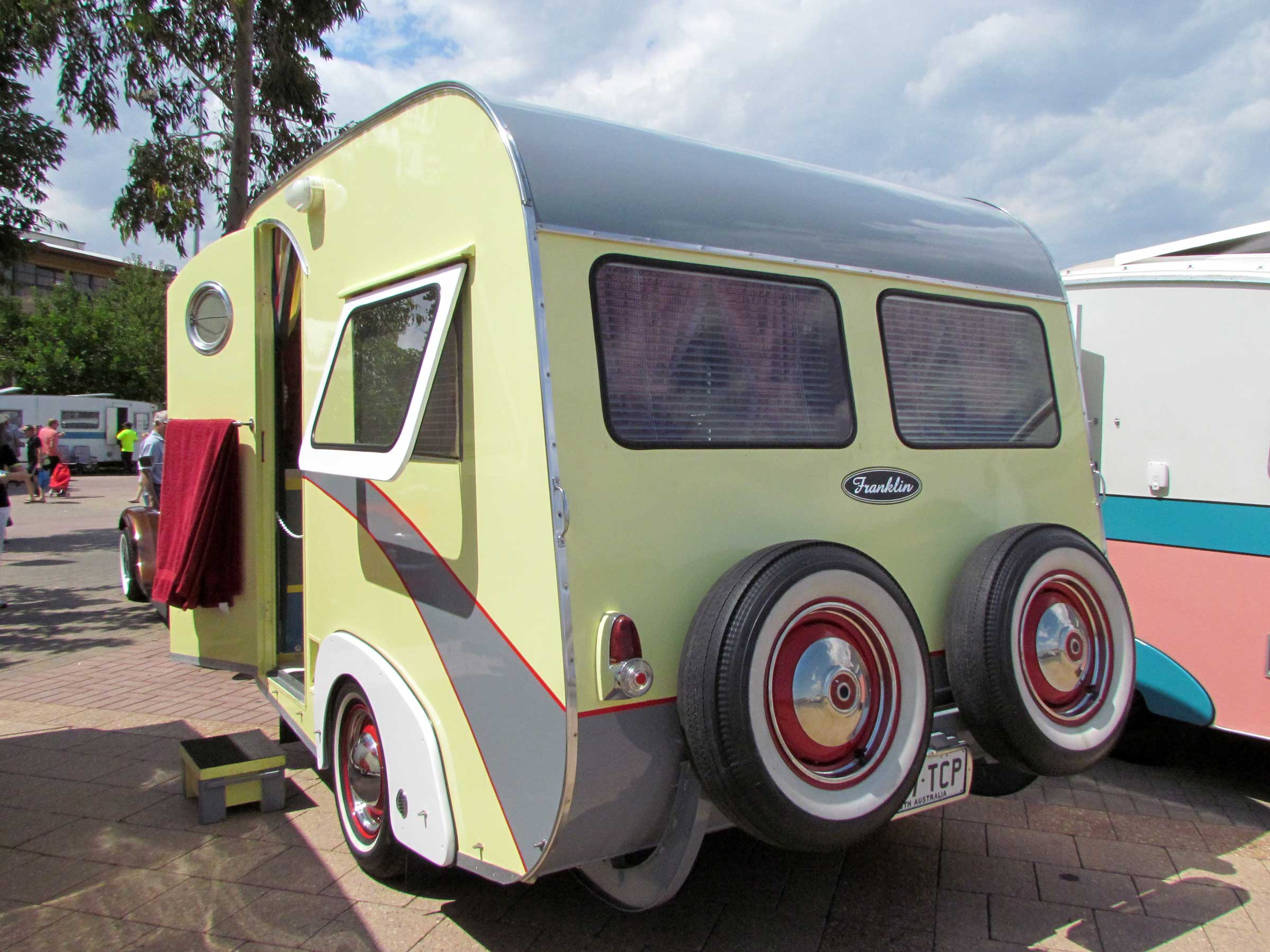 David explained that his van is actually a 1950s caravan that was homebuilt in Preston, Vic. He found it in Yankalilla, SA and became its fourth owner. The van needed restoration, but he kept pretty much to the original colour scheme.

So why is a homebuilt caravan badged as a Franklin? Because the owner’s name is David Franklin, and he has a sense of humour. If Shakespeare wrote a play about vintage caravanners, it would have been a comedy with the line, “What’s in a name? A vintage homebuilt by any other name would look as good.”