BLOG: AND JUST WHERE HAVE YOU BEEN?

As I carefully wound my way through the darkness towards the yellow glow of the caravan, I knew I’d be in strife. As I got closer I could see the worried little faces of my three kids framed in the van’s windows as they peered into the darkness in search of their daddy.

I took a deep breath, flung open the door and stepped into the glaring brightness of the van’s interior. She Who Must Be Obeyed stood with her back to the sink, arms folded and foot tapping.

“And just where have you been,” she enquired frostily. I silently noted with some trepidation that the sink behind her was now clear of the dirty dishes which had been there when I had left — and then I innocently explained that, as she surely knew, I had just stepped out to take the rubbish to the bin. 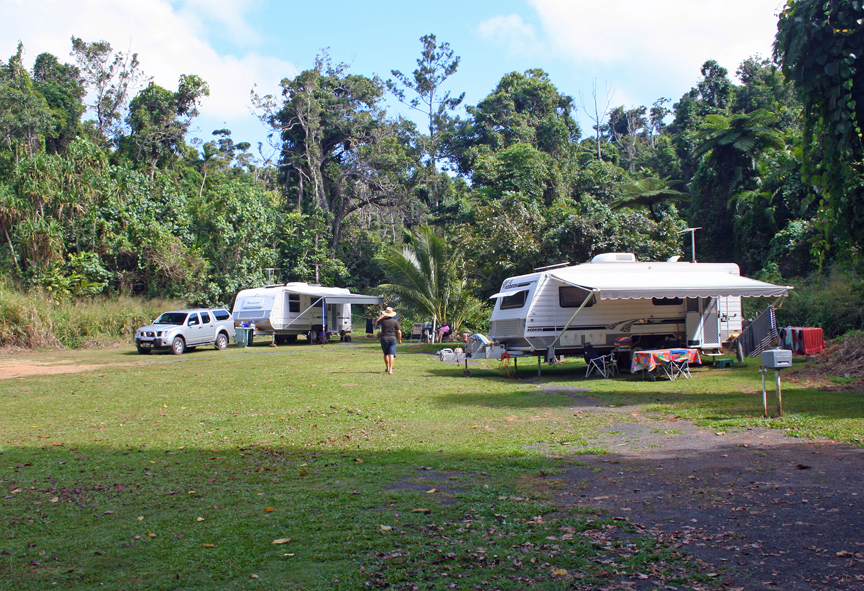 “And that took nearly two hours?” she shot back, as the kids looked on wide-eyed.

“Well,” I explained. “I met the people on site 33 just up the road and we sort of got to yarning. They’ve been on the wallaby for 12 months and…”

As I shared my gossip on our neighbours’ travels my wife could maintain her feigned displeasure no longer. Her angelic face split into a grin as she shook her head and mumbled incredulously “And you reckon women can talk.”

Okay, I plead guilty as charged. I have been known to stop for a chat with fellow RVers, but isn’t that what this lifestyle is all about? Isn’t that meant to be the best way to find out what there is to see and do at your next port of call? Next time won’t be the first time we’ve detoured from our travel schedule on the strength of an exchange outside the amenities block. And, I’m sure you’ll agree, many a travelling problem has been solved with an impromptu yarn around the campfire or pool or in the camp kitchen.

That’s the great thing about RVers. Most of them are friendly folk who are ready for a chat and are happy to help wherever they can.

I do wonder, though, if this whole culture is at risk. With the recent proliferation of RVs with their own shower and toilet, there’s less reason (or should that be “less of an excuse”) to head out and interact with your fellow travellers. Let’s face it, simply going for a morning pee could mean you were AWOL until morning tea.

Having said all that, I have met a few folk who don’t seem to chat. I well remember one chap on the next site in a Canberra caravan park who almost had a panic attack when I bade him good morning, but his sort are certainly a minority.

So tell me, do you enjoy a chat? I bet you do. Do you think it’s one of the great things about being on the road? Do you disappear for hours on end? Has your partner reported you as a missing person? If you’re guilty of any or all of the above then now’s the time to share your guilt. Tell us what happens when you go AWOL.

And by the way, She Who Must Be Obeyed is no shrinking violet herself. Young or old, if they look like RVers she’ll collar them for a chat. Sometimes a bloke can’t get a word in edge ways.