From the Road: Unique Six-wheeler Spotted

It was roadworthy and registered. It was also visibly occupied, but we couldn’t see anyone inside, so we inspected it from the outside. It appeared to be a normal caravan, apart from the two wheels at the front and the A-frame draw bar was black painted and not as strong as we’ve seen on other vans of this size.

I spoke to Bob Corbet, who has been in the caravan industry for over 40 years. He remembers seeing industrial vans with two wheels in the front. The front wheels are on a turntable, he told me, and they tow very well as there is very little weight to pull and very little weight on the ball. However, if they start to go off line they’re almost impossible to control. He also mentioned they only require a single bar to attach, instead of an A-frame. 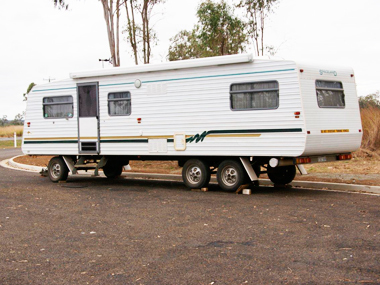 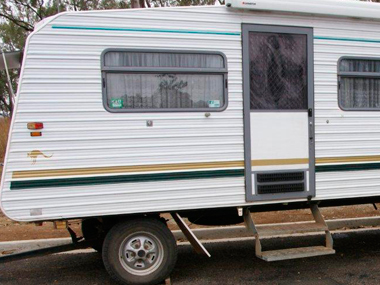 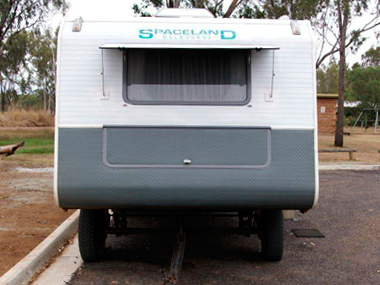 Bob said he hasn’t seen a tourist caravan like this before, and guesses it’s a one off, possibly designed by the owner.

Perhaps some readers could shed some more light on the topic.