CW’s Rob van Driesum was ‘roped’ into assisting researchers launch a “cannon net” to catch and tag migratory wading birds due to fly to Siberia for breeding season.

Rob, along with a few other volunteers, assisted the experts from the Broome Bird Observatory to set up the net so it could be fired over the birds feeding on the mudflats of Roebuck Bay, 27km east of Broome.

“You set the net up put a few decoys to attract the birds, and then when you have a good collection of birds you fire the net,” Rob said. 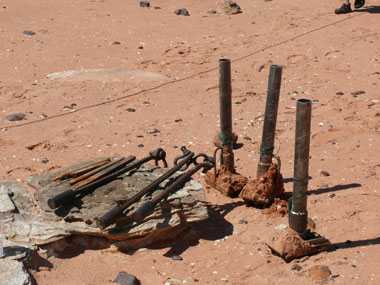 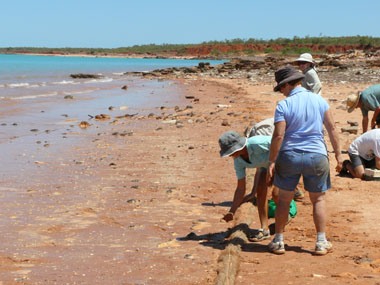 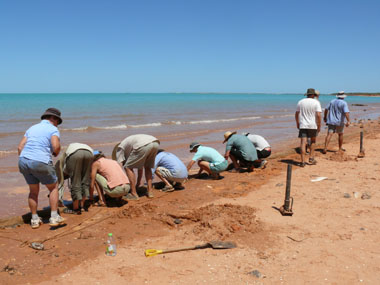 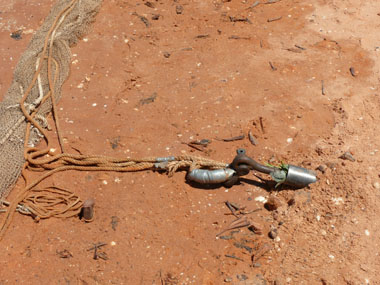 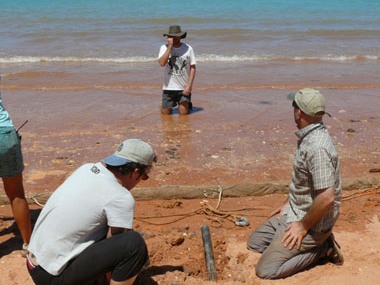 “You have to be really quick to tag the birds you want to tag because they get very stressed.”

Luck was against the researchers that day, however, as every time the team was about to fire the net a raptor would circle above or a speeding boat would zip past and scare all the birds away!

The Broome Bird Observatory was tagging the birds to establish their migration routes.

Rob van Driesum visited Broome as part of our quest to crown the CW Touring Destination of the Year 2010.