With near constant towing in front of me I took the opportunity to fit a set of Clearview’s towing mirrors to my late model Ranger. The installation was quick and easy. A few bolts under the door trim, the old mirrors off, new mirrors in, a single plug and they were up and running. These are the top-spec model, which means they retain the factory electric mirror adjustment, as well as the in-mirror indicator.

While the mirrors themselves are narrower than the stock offering, they’re physically taller with two different planes, and push considerably further out than stock even in the tucked-in position. It took some getting used to without a trailer, but as soon as something wide was connected they came into their own. In their outer position they easily allowed me to see past the trailer behind me, effectively giving me stock visibility all around. The lower mirror on either side is manually adjustable, I found it worked best pointed at the trailer's wheels so I could gauge lane position as well as proximity to objects. 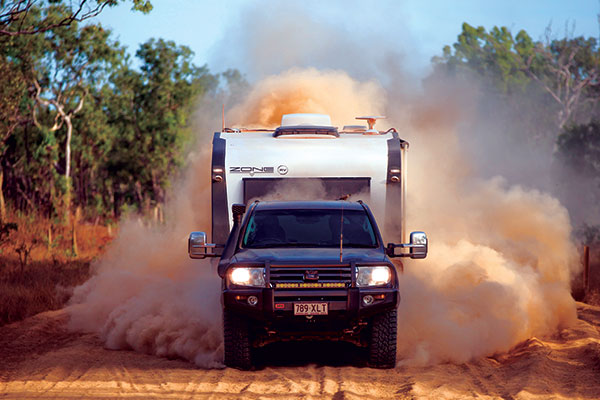 While the Clearviews impressed as soon as I hitched on the camper, offroad is where they really shined. Even in their fully extended position they showed little sign of shake, even over thousands of kilometres of corrugations. They stayed put in either extended or collapsed position, and after coping a generous coating of red dirt still managed to slide in and out easily. They even shrugged off multiple tree strikes throughout the Old Tele Track with aplomb.

They will take some getting used to, and some may struggle with them around town with nothing on the back due to the change in field of view, but if you’re pounding out any sort of kays with an RV on tow they’re a much-needed upgrade for both safety and ease of use.

Where: Most popular 4x4 stores