Jade Andrews — 17 November 2022
While South Australia and Western Australia shares similarities in scenery and remoteness, they are also vastly different.

Since being on the road full time with our family, no two days are the same, and each move unveils another landscape to admire. Australia boasts vast and diverse coastlines, majestic national parks and the cultured outback, bush and forests. Each state has its own unique features which attract national and international travellers. So far, on our adventure around Australia, we have spent three months in South Australia and four months in Western Australia. Given our time restrictions, I have only skimmed the surface of each state. However, we are already planning our return to explore more in the future.

We found South Australia to be the more RV-friendly state of the two. It offers many free and low-cost camps, with million-dollar beachfront views. You could even travel most of South Australia without staying in caravan parks as there are so many options off the grid to fit any budget. Rapid Bay on the Fleurieu Peninsula is a beautiful, low-cost camp. Wauraltee Beach on the Yorke Peninsula and Perlubie Beach on the Eyre Peninsula were our favourite free camps. At both beaches, you park your caravan on the sand. My children found entertainment every day playing in the dunes, finding shells, swimming and playing with other travelling families who also camped along the beach. National Parks in South Australia has an easy booking system and charges a reasonable fee to stay. One of our favourite camps was Fisherman’s Point in Lincoln National Park. It was freshly renovated, providing all sites with fire pits and ocean views. Coffin Bay National Park was also a great National Park for fishing and sandboarding.

There is a lot to admire about South Australia: the rugged limestone coast, the underpopulated beaches, calm bays for children, and the fact that plenty of squid and blue swimmer crab can be caught from the jetties. My children loved the Australian wildlife in South Australia, seeing many dolphins, seals, emus, kangaroos, echidnas and koalas. We travelled in South Australia from February to April, and it was becoming cold by April. We also found South Australia to be quite windy at times, though you could often move to a more sheltered spot to avoid incoming bad weather. I think South Australia offers great bang for your buck with so many scenic locations and quality campsites. I would recommend travelling in the warmer months if you like swimming and fishing.

Western Australia was our favourite state to visit due to its size and ever-changing coastline, from the white sand and crystal-clear water at Esperance to the red dirt and turquoise water at Broome and the muddy inlets of Derby. It looked to me that Western Australian councils had been busy during COVID-19 border closures, renovating children’s playgrounds and getting ready for an influx of travellers post-pandemic. The playgrounds often use natural timber and stone materials for aesthetically pleasing additions to the foreshore of their towns. As the weather cooled in the southwest, it was a relief to travel to the mid-coast. The Mediterranean climate makes it ideal for swimming and snorkelling. My children wasted no time finding entertainment on the beaches in Western Australia, discovering shells, sea urchins and starfish to photograph. Highlights from Western Australia were the coast around Esperance and getting up close with the kangaroos at Lucky Bay. In the north, we loved snorkelling the Ningaloo Reef, tag-along tour with Brian Lee at Cape Leveque and surviving the Gibb River Road. 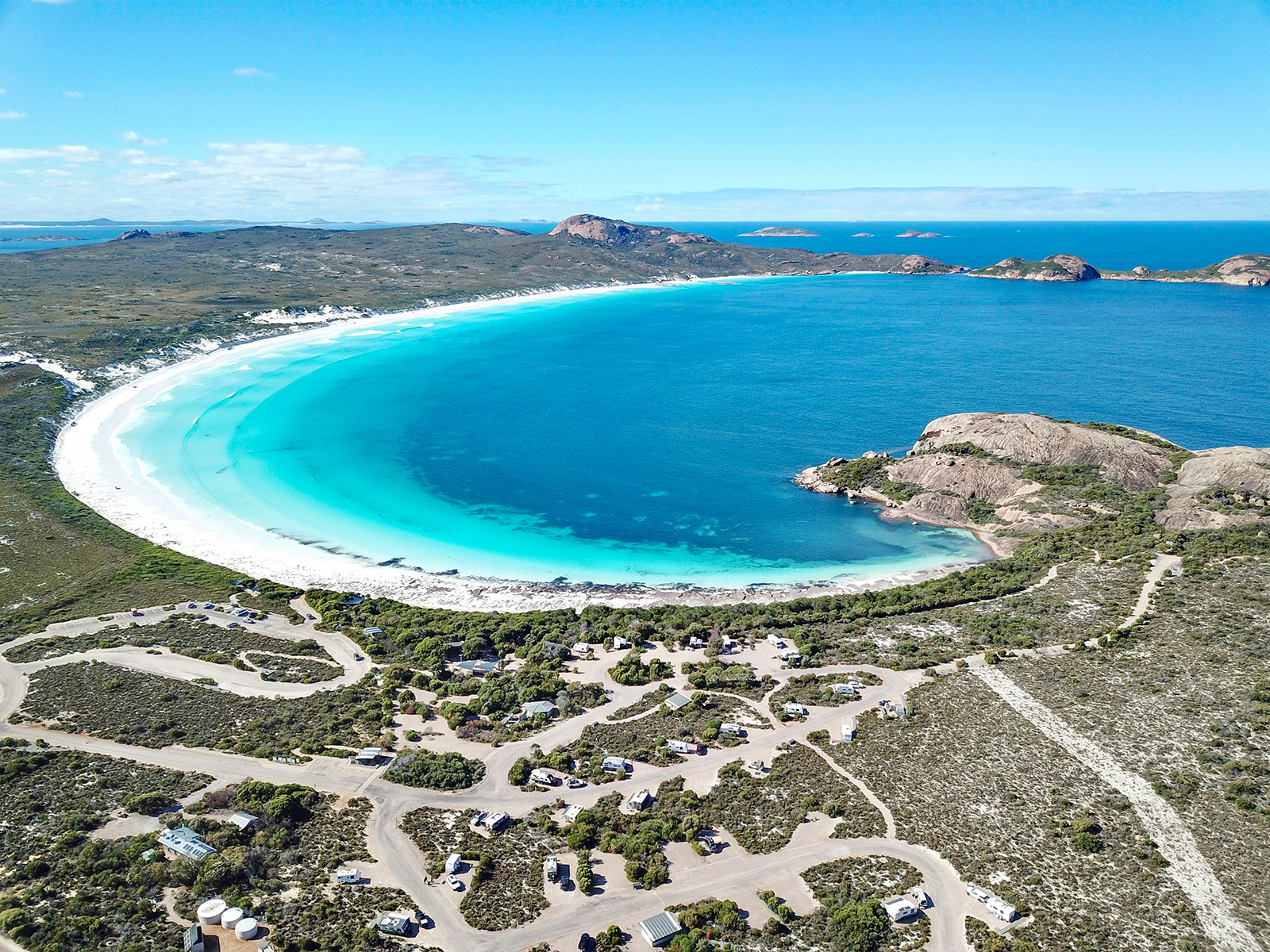 Once we entered Western Australia, we noticed the increase in fuel prices and groceries. There seemed to be fewer choices of major supermarkets compared to South Australia. While I support family-owned grocery stores, they become expensive when trying to keep to a budget. There is less choice of free camps along the coast, between Esperance to Broome. While there is a selection of low-cost camps, some charge per child, which can quickly add up with our three girls. Places previously free in 2020 are now low-cost with volunteer caretakers. Most low-cost sites in Western Australia offer toilets and kitchen facilities, so I guess the fees you pay cover the upkeep of the camps. I found children are often charged at a higher rate in caravan parks in Western Australia compared to other states. Kalgoorlie Big 4 Prospector Holiday Park set $20 per child, so make sure you do your research before turning up to some caravan parks. You can find a variety of free camps inland and some gravel pits or pull-over areas. However, these are not always appropriate for children.

The national park booking system is not as easy to navigate in Western Australia, and many people struggle to book camps like Cape Range National Park, which are highly sought-after camps along the Ningaloo Reef. The poor cancellation system and low cost of these camps mean people book well in advance and do not cancel if they cannot make selected dates. This means many people miss out on prime locations, while sites are often left vacant. When travelling through Western Australia, you notice how remote, rugged and raw this part of the country is. There is not much between towns and given the distance between suppliers for groceries and fuel, it is far more expensive than South Australia and the East Coast. If you’re planning to travel around Western Australia, make sure you add much more to your budget than you initially planned. I underbudgeted for Western Australia and was shocked by the price of my groceries. We also travelled at the peak of the fuel price hike, which did not help the budget. Australia is fortunate to have such a diverse coastline to suit various needs and budgets. You are guaranteed that no matter what state you travel to in Australia, you will discover natural beauty and some of the world’s best caravanning and camping locations. Whether following the fishing or chasing the warmer weather, you will always be spoilt for choice.

HOW TO: DISTANCE EDUCATION FOR KIDS ON THE ROAD