History and Heritage of the Forbes Shire

Robyn Pitman-Williams — 27 October 2022
Nestled in NSW’s Lachlan Valley, the Forbes Shire is brimming with stories, architecture, and sites from yesteryear.

With a rich past, including the exploits of famous bushrangers, the region provides the perfect balance of fun, relaxation, and history.

Before European settlement in the 1800s, the Traditional Owners of the Forbes region were the Wiradjuri people. A hunter-gatherer society comprising small clans or close family groups, the Wiradjuri nation is the largest in NSW, ranging in area from the Blue Mountains, Hay, Nyngan, and Albury. This region changed dramatically after European settlement, which began when John Oxley ventured into the area in 1817, and even more so after the discovery of gold.

The Australian gold rush is a well-documented and important historical event. With the riches of the gold rush, regional towns began to thrive, culturally, architecturally, and economically. The discovery of gold in the Forbes area (in 1861) attracted approximately 30,000 ambitious prospectors to the region. Hoping to make their fortune, individuals and families flocked to Forbes, creating a tent city. By the late 1860s, Forbes was the home to many magnificent and architecturally significant buildings, including the Forbes Post Office, the Forbes Town Hall, St John’s Anglican Church, and the Forbes Court House. 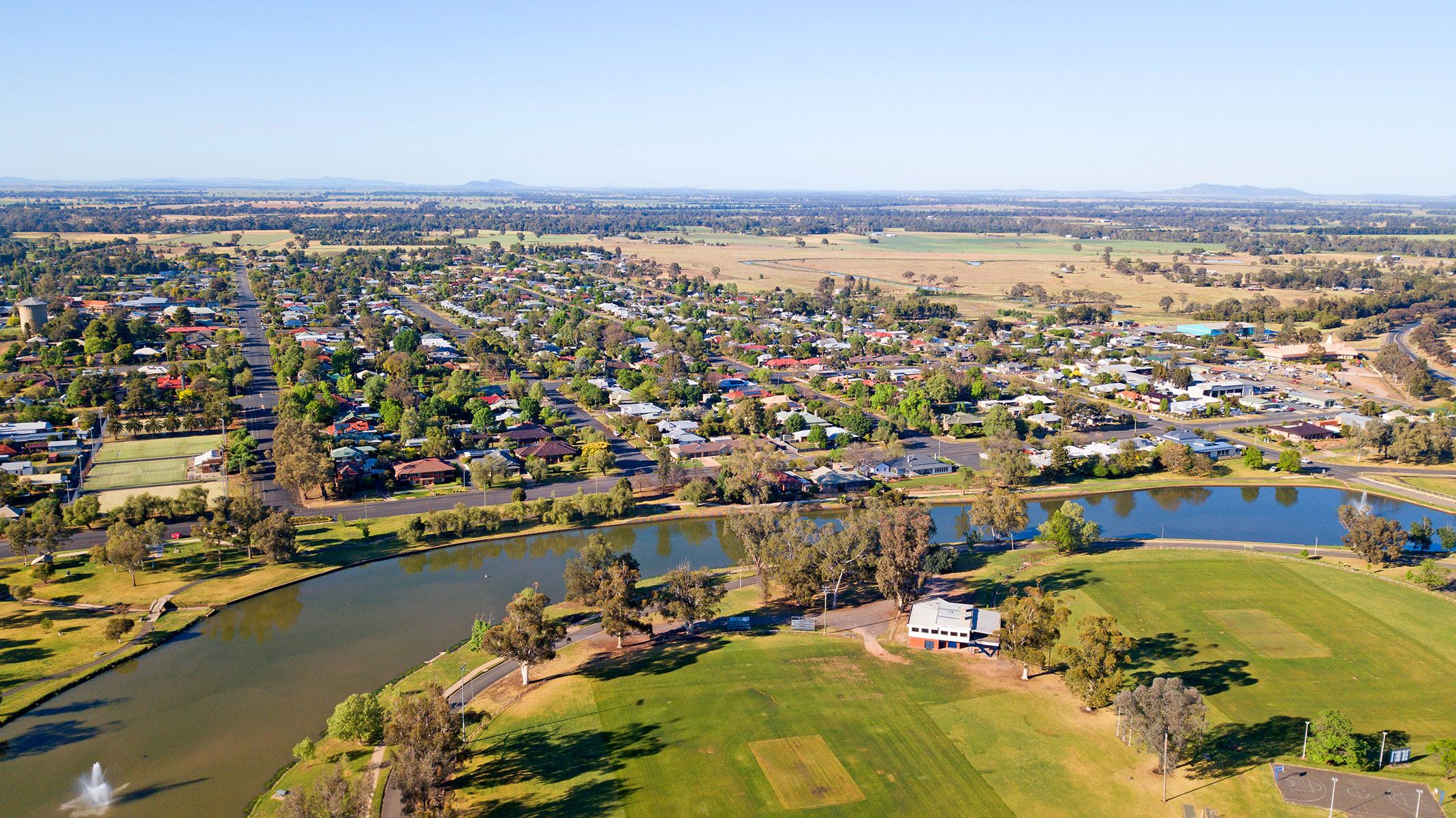 But with this prosperous growth and development came increased crime, usually in the form of bushrangers. A simple Google search of Australian bushrangers brings up a list of perhaps the most famous bushrangers in history. In the good company of Ned Kelly, Ben Hall is one of Australia’s most notorious bushrangers. Born in 1837, Hall lived a simple life as a cattleman before slipping into a life of crime, accompanied by Frank Gardiner and his gang. Frequenting the Forbes area, Hall is just one of the well-known Australians buried in the Forbes Cemetery. Hall was shot by police in 1865, and his place of death is heritage-listed and marked with a plaque. Those hoping to learn more about Hall and Australia’s gold rush history need look no further than the Forbes region. The Forbes Cemetery houses the graves of Hall, Ned Kelly’s sister Kate and Rebecca Shields, the great grand niece of Captain James Cook who plotted Australia’s east coast in 1770. These sites are best seen as part of the Forbes Cemetery Historic Graves Walk.

So, how can visitors to Forbes soak in all of the town’s history? The best way is to take on the Forbes Heritage Trail. This self-paced walking tour offers views of the town’s most significant historical buildings. To start your journey, visit the Forbes Visitor Information Centre at Union Street, Railway Station, to collect your brochures and maps.

The Forbes Historical Museum is another great resource for those seeking more information on the region’s history. The museum showcases the history of Forbes through its displays of Aboriginal artefacts, furniture, photographs, tools, clothing, and historic machinery. Open daily from 2pm–4pm, the museum also features a display dedicated to all things Ben Hall. 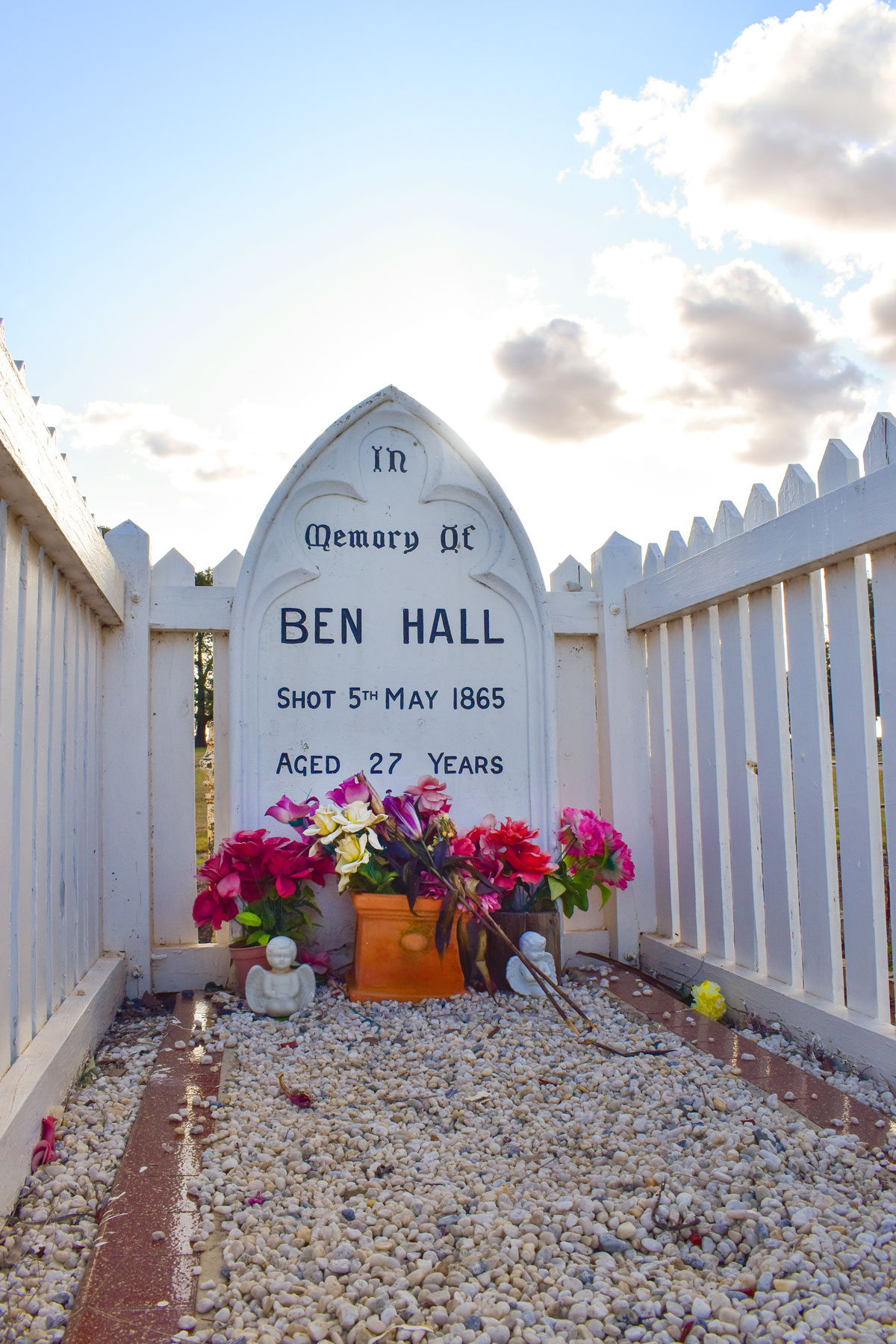 Whether you’re seeking adventure, historic sites, or picturesque scenery, Forbes is the place to visit. Accommodation options are plentiful, including tourist parks, motels and bed and breakfast venues. The area is known for its leafy parks and Central West region produce, and a holiday duration of more than a few days is recommended to fully explore the town and its surrounds.

While the town of Forbes is known for its agricultural produce and colourful history, the heritage buildings appeared in the Australian film The Dish, which was about the Parkes telescope. Many of the street scenes from this hit movie were filmed in the streets of Forbes.

On 8 June 1909, Dame Nellie Melba performed in the Forbes Town Hall as part of her Back Blocks Tour. During this performance, she managed to break a window with a particularly high note.

Led by Gardiner and joined by seven other men, Hall robbed a gold escort coach near Eugowra (at what is now known as Escort Rock) of bank notes and 2700 ounces of gold, estimated to be worth $5m in today’s money.

HOW TO: WORKING ON THE ROAD