The Top Tow Tugs on Offer

Mark Quinlan — 1 February 2022
With new models landing and upgrades to some of Australia’s best-selling tow rigs during 2021, there’s choice aplenty in the towing landscape.

While 2022 will hopefully bring an end to restrictions on international travel and the opening of all Australian borders, it’s likely that the boom in caravan and camping will continue, as Aussies continue to explore our magnificent Big Backyard.

Regardless of whether your accommodation options extend to a mobile palace on wheels, a durable offroad camper trailer, or simply pitching a tent in a remote location, the common thread is we all need wheels to get there.

The good news is that 2021 saw several impressive new arrivals, along with updates to existing models, so there’s choice aplenty, from lightweight soft-roaders like the Subaru Outback, to the seriously heavy-duty Chevrolet Silverado, and everything in between. 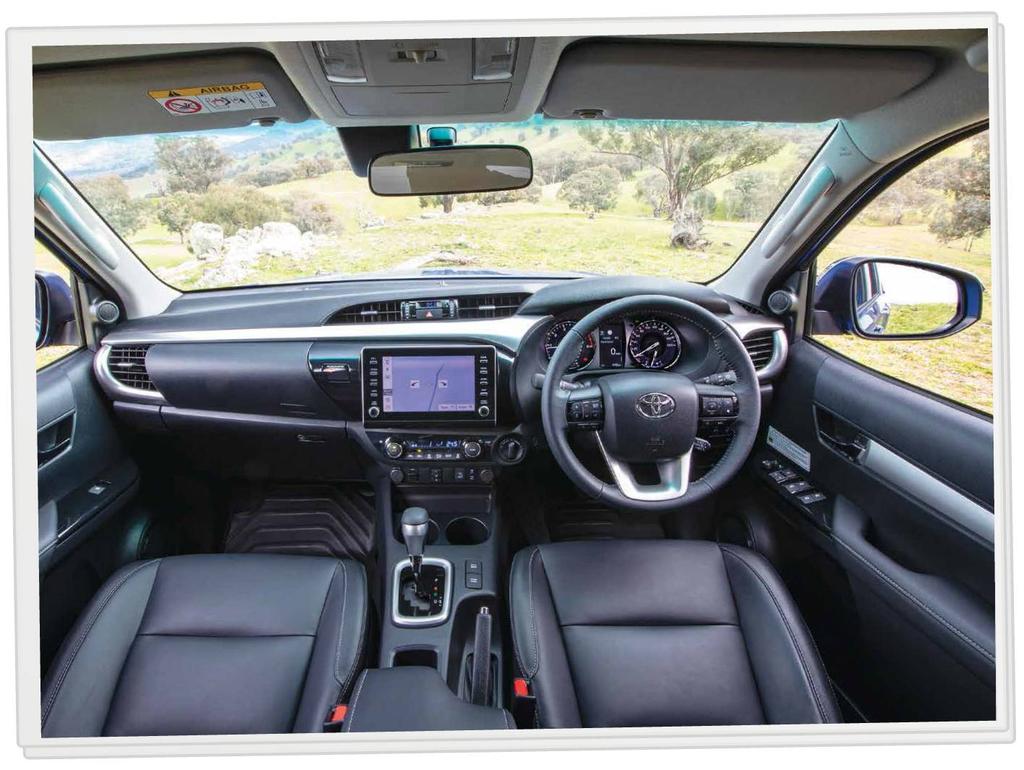 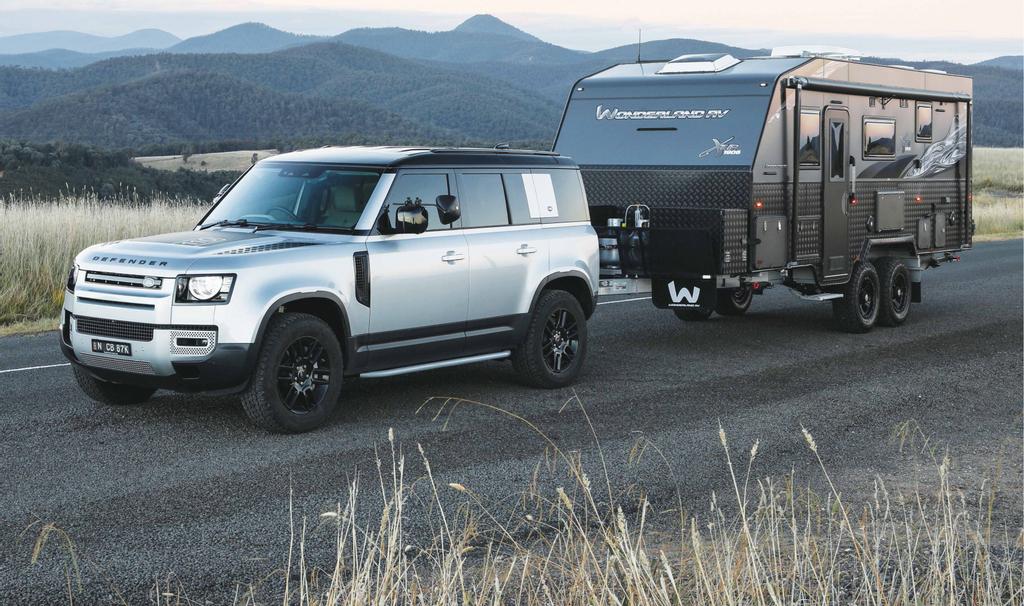 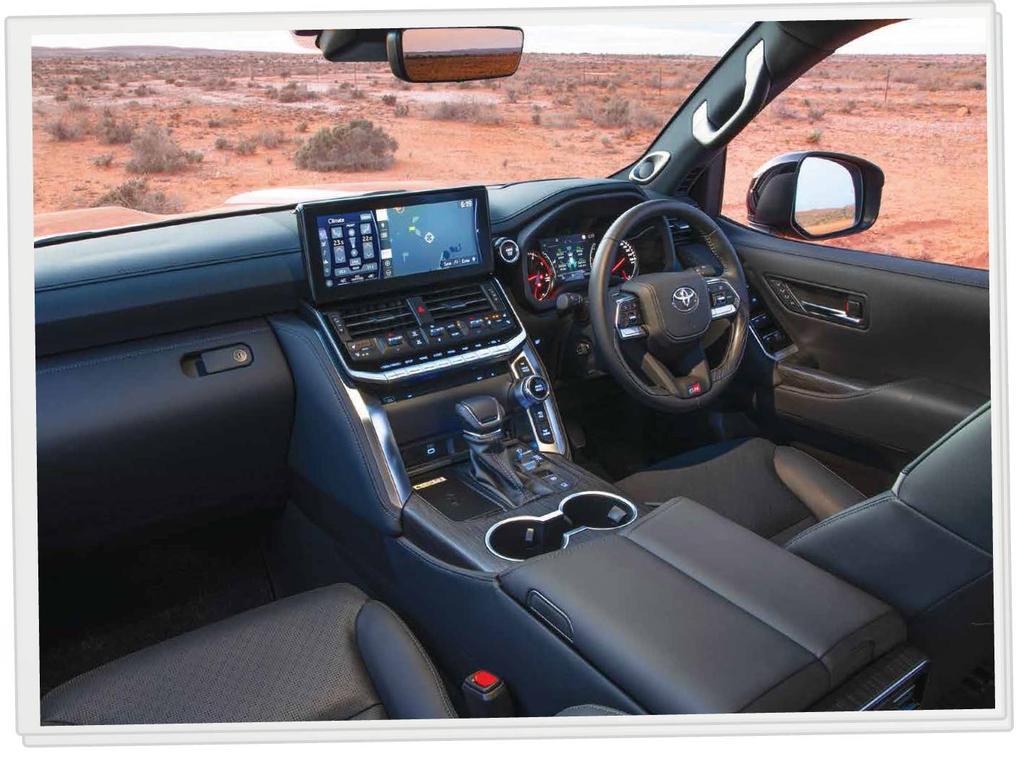 Just remember to always be aware of state government towing regulations and to read the fine print of your vehicle owner’s manual to ensure you comply with all relevant towing limits, restrictions, and conditions.

With that in mind, here’s our guide to some of the best tow rigs available for you to choose from in 2022.

The current version of Isuzu’s sturdy workhorse D-MAX has found plenty of fans since arriving here in August 2020 — so much so that with COVID-19 supply chain interruptions, people who ordered their ute in 2021 are still awaiting delivery.

That cloud may have a silver lining, however, with Isuzu announcing an updated MY22 D-MAX landing in December 2021, meaning some customers can expect this newer version when they eventually take delivery.

The D-MAX has the grunt for most vans out there

The big news for the towing fraternity is that all D-MAX 4x4 utes have had their gross combination mass (GCM) upgraded by 50kg to 6000kg.

Another handy addition is a factory-fitted tow bar kit on LS-U, LS-U+ and X-Terrain as standard, and inclusion of a steering wheel-mounted switch that deactivates the sometimes-intrusive lane support system.

There’s plenty of choice in the expanded and expansive model line-up, and recreational buyers will likely be drawn to the top-spec D-MAX X-Terrain, with its sports bar, roof rails, 18in alloys, and roller tonneau cover. The X-Terrain also copped some extra kit with the MY22 upgrade, including red stitching on the leather-accented upholstery trim, an auto-dimming rear-view mirror and heated front seats.

Under the bonnet is Isuzu’s proven 3L turbodiesel, which channels its competitive 140kW/450Nm through a six-speed auto transmission, a part-time 4WD system with high and low range, and a selectable rear differential lock.

Significant chassis and suspension changes make the current D-Max nicer on road than its predecessor, with notably better steering, handling and road holding, and it’s also much safer, thanks to a comprehensive suite of advanced driver assistance features.

Like Isuzu, Mazda benefitted for getting out in front of its rivals with its all-new ute in 2020, making hay while it was still the new kid on the block. But the competition is closing fast, with the new Ford Ranger due in mid-2022 and the Volkswagen Amarok in 2023.

The impending threat prompted Mazda to recently update its still-fresh BT-50 range with the same switchable lane departure system as its twin-under-the-skin the Isuzu D-Max, plus the 110kW/350Nm 1.9L turbodiesel on a new entry level XS variant, that in this case is available in both 4x2 and 4x4. The smaller engine has a lower 3-tonne towing capacity so is unlikely to be chosen by Caravan World readers, who will instead opt for the gutsier 3L with its 3500kg rating.

If you’re looking for something a bit more distinctive, then the SP and Thunder variants bring extra flair and features, but we prefer to keep the admission price low by choosing a model with all the essential kit at the best price, which in this case is the XTR.

The BT-50 shares its platform, power train and advanced driver-assistance features with the D-MAX, but Mazda differentiates its workhorse with unique exterior styling, different model grades and a slightly richer mix of standard features.

The XTR sits one from the top in the BT-50 range and drives well, with strong performance, well-sorted dynamics (by category standards), equal class-leading safety features, and a cabin that’s nicely insulated from road and engine noise.

Toyota responded to 2020’s twin-pronged attack from the all-new D-MAX and BT-50 twins with a major facelift of its market-leading HiLux, injecting new vigour into its proven 1GR turbo-diesel engine, and improving the ute’s ride and handling. A suite of new advanced driver assistance features was also added, although it doesn’t quite match the full extent of what’s offered by the aforementioned rivals, who set the class safety standards.

The revitalised 2.8L four-cylinder engine feels more sprightly thanks to a handy bump in power and torque of 20kW and 50Nm, while changes to suspension and steering make an appreciable difference to its towing and load hauling performance. A standard rear diff lock matches its rivals, but extra rear suspension travel and well-tuned traction control system give HiLux a definite advantage offroad.

Both exterior and interior styling have also been upgraded, including a new 8in multimedia screen with factory satnav, Apple CarPlay and Android Auto connectivity.

In August 2021, Toyota countered upgrades from its rivals by fitting Toyota Connected Services as standard on all model grades. The system automatically generates an emergency call to Toyota's 24/7 Emergency Call Centre and relays the location of the vehicle in the event of a collision that requires intervention, or if an airbag deploys. Occupants can also manually trigger an emergency call to the call centre via an SOS button, which provides the vehicle's location. Toyota Connected Services can also track the vehicle's location if it is stolen.

Land Rover’s new Defender launched in 2020 in long wheelbase form only and without the requisite diesel engine option that is the default choice for most people towing anything substantial. As impressive as the 3L petrol six cylinder is, the arrival of the new diesel engine was met with cheers by those who prefer their tow rigs to speak with a distinctly British accent.

The Defender’s 3.0L, six-cylinder twinturbodiesel engine is available in two states of tune in the preferred 110 long wheelbase version, depending on the specification level. The entry level D250 puts out 183kW/570Nm and sips the oily stuff at a claimed 7.9L/100km, while the higher output D300 develops a more muscular 220kW/650Nm and, bizarrely, identical consumption. The diesel’s muscular peak torque arrives at a low 1250rpm and is channelled to all corners via a responsive eight speed automatic.

Inside and out, there are nods to the Defender’s utilitarian roots, including truncated front and rear overhangs, sturdy grab handles and heavy-duty rubber flooring, which contrast with the digital dash and hi-tech underpinnings.

But where earlier Defenders were rugged, basic vehicles, this new model is anything but, underpinned as it is by sophisticated electronic traction aids, fully independent suspension with optional variable ride height air springs, and a battery of cameras providing various offroad and trailer hitching views. With seating for five, six or seven, a generous cargo bay and an intriguing and practical interior design, the Defender is one of the most capable new 4x4s available, but its six-figure price tag and expensive options may deter some buyers.

As we went to press Land Rover advised that the D250 will only be available until April 2022, after which the D300 will be the sole diesel powerplant in the brand’s MY23 offerings, so anyone looking to secure the more keenly priced D250 had best get their skates on.

Lots of people who tow will turn and run a mile when told the Y62 Nissan Patrol wagon is available only with a petrol V8, and no turbodiesel option, despite its hulking LandCruiser-like dimensions. That’s a shame because if you can live with its laden drinking habits, Nissan’s 5.6L V8 is a beauty.

Smooth and powerful, the responsive bent eight delivers its syrupy power through a flawless seven-speed automatic. It’s surprisingly fuel-efficient, too, at least when unladen and provided you don’t sink the slipper too hard, too often. This boat was no problems behind the Nissan

The muscular drivetrain handles towing duties with aplomb, and the Ti’s steel sprung fully independent suspension is arguably a better bet for towing duties than the air-sprung Ti-L, which allows a bit more roll and yaw than is ideal. Despite the luxuriously appointed Ti-L boasting near-LandCruiser Sahara levels of kit for around $40k less, we’d recommend the still well-equipped Patrol Ti and putting the $15k saving towards fuel. At least the large 140-L fuel tank extends the time between fills, although the hi-tech V8 does prefer costly 95 RON fuel or higher.

It all adds up to a pretty compelling package despite the Y62 Patrol now being 12-years old, a fact that helped Nissan rack up solid sales in 2021 as people looked for alternatives to the LandCruiser 200 Series, which became as rare as rocking horse poo before the arrival of the 300 Series.

Safety Rating:  Not Rated by ANCAP

The LandCruiser 200 Series' incredible 14-year model run finally came to end in 2021, creating a scramble and leading to record prices for the last of the highly regarded 4x4 wagon.

A range of new functions will make trips that much easier

Unfortunately, supply chain dramas in Japan and elsewhere mean that even early bird customers for the new-from-the-ground-up 300 Series won’t see their new rigs until early 2022. But when they do get behind the wheel, no doubt the first question will be whether the new 3.3L twin-turbodiesel V6 can match the legendary performance of its 4.5L V8 diesel predecessor. Toyota says that’s a no-brainer, and that the smaller and more hi-tech 3.3L has no problems doing the hard yards expected of its heavy-duty wagon, citing its increased power and torque, and superior fuel efficiency.

The 300 Series maintains LandCruiser’s traditional body on frame structure, but engineering enhancements have delivered greater rigidity, better weight distribution and a lower centre of gravity, all of which auger well for towing performance.

Weight reductions across the range and the adoption of a new 10-speed automatic aid both performance and fuel efficiency, but there are also price rises of between 5.6 and 11.3 per cent depending on variant.

Safety Rating: Not yet rated by ANCAP