Malcolm Street — 9 October 2021
Travelling safely is of prime importance, not only to ourselves but other road users. Here’s a few considerations before heading off

Caravanning safety in Australia is something that covers a very broad range of topics. For instance, with a few basic precautions, most Australians can travel just about anywhere (COVID-19 restrictions being the exception) without worrying about their personal safety.

However, safety on the road is a different matter and that involves several items to be checked on both the caravan or tow vehicle and there’s also the driver to consider. 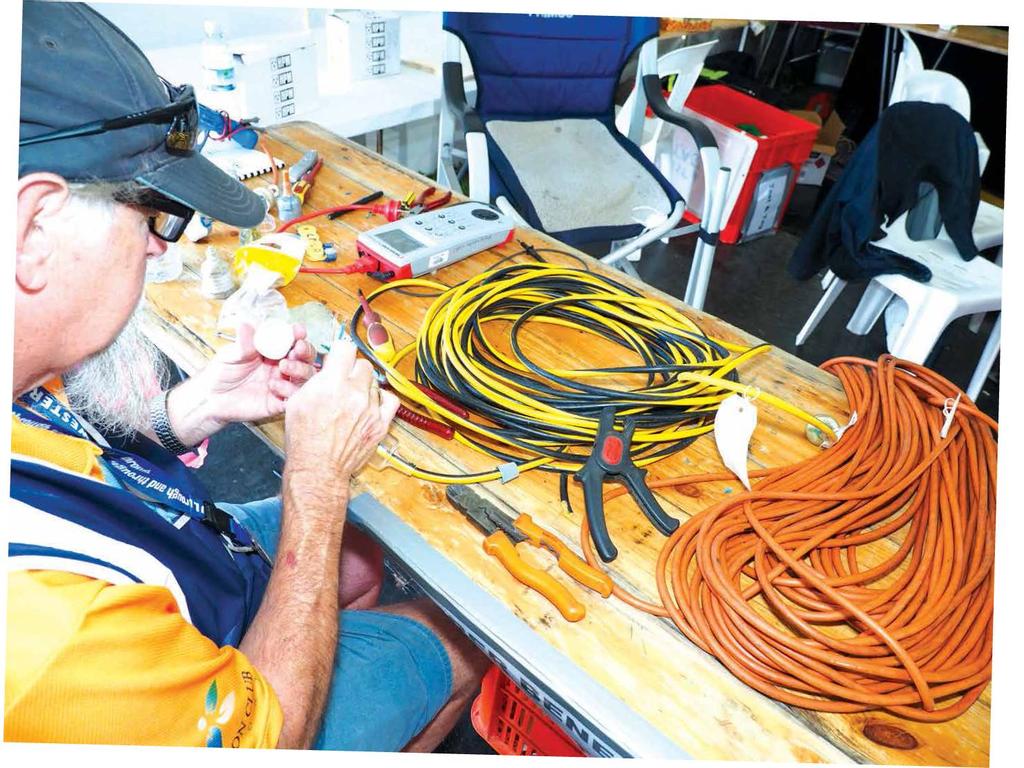 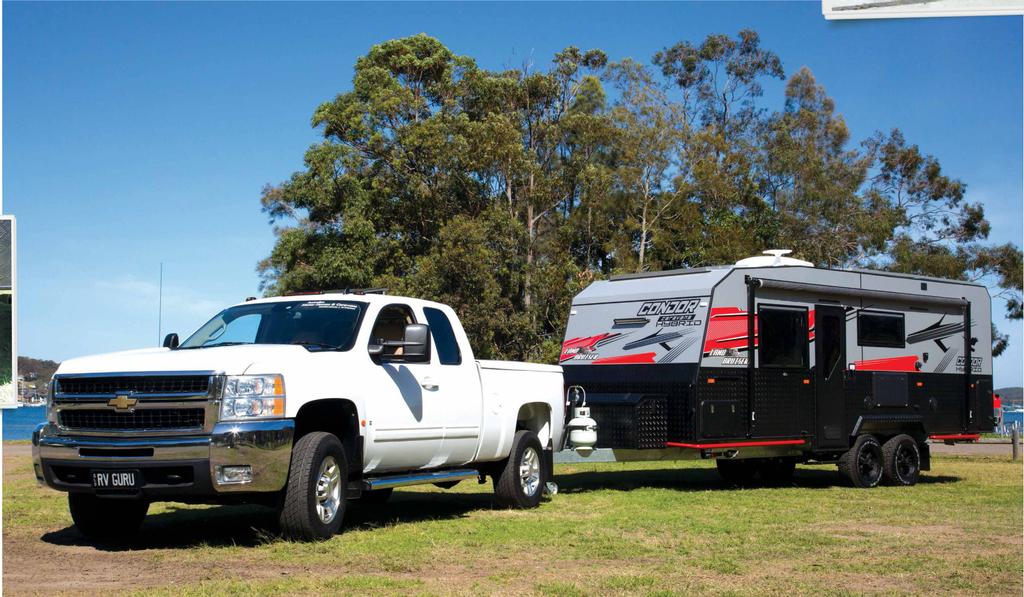 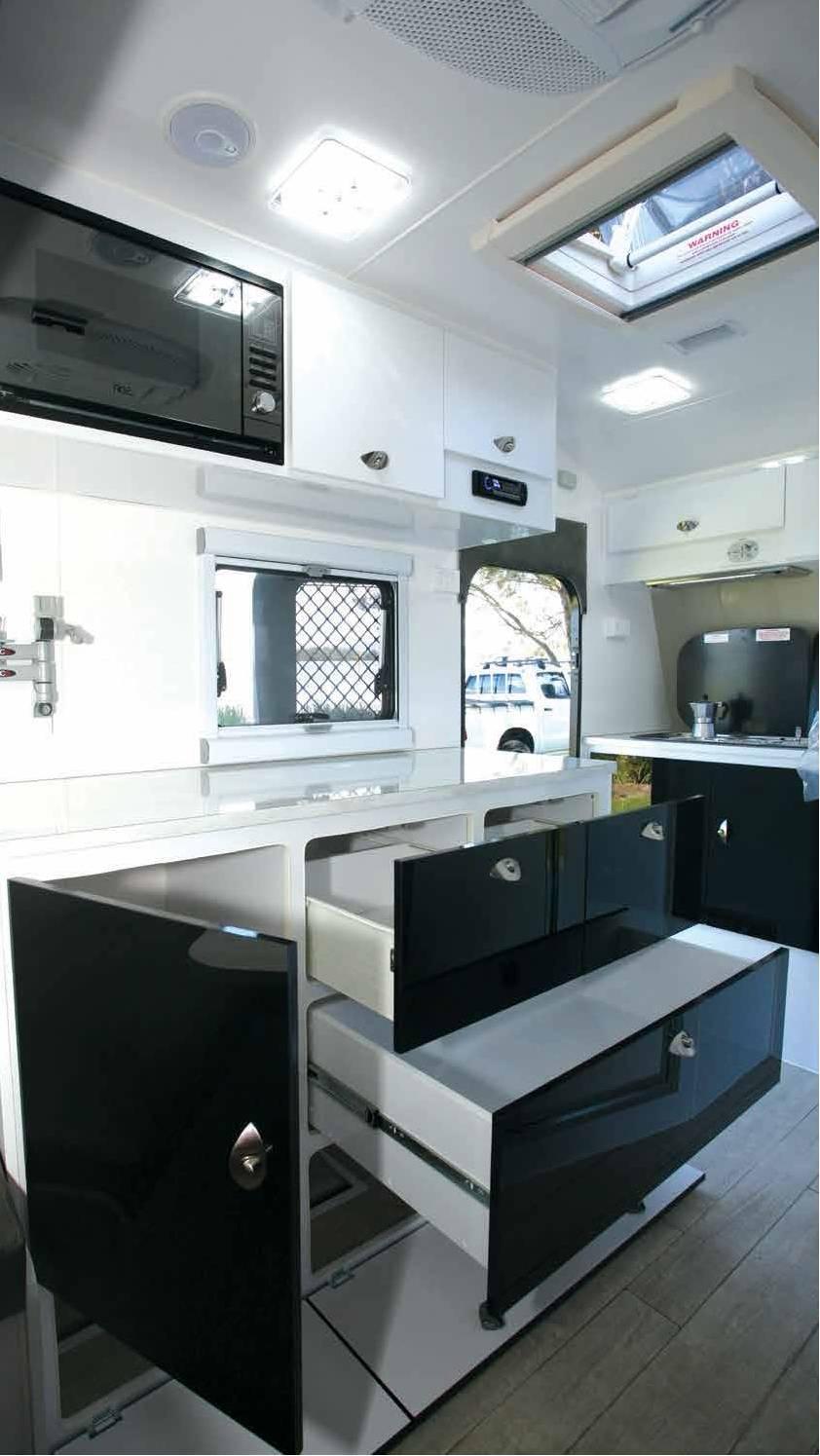 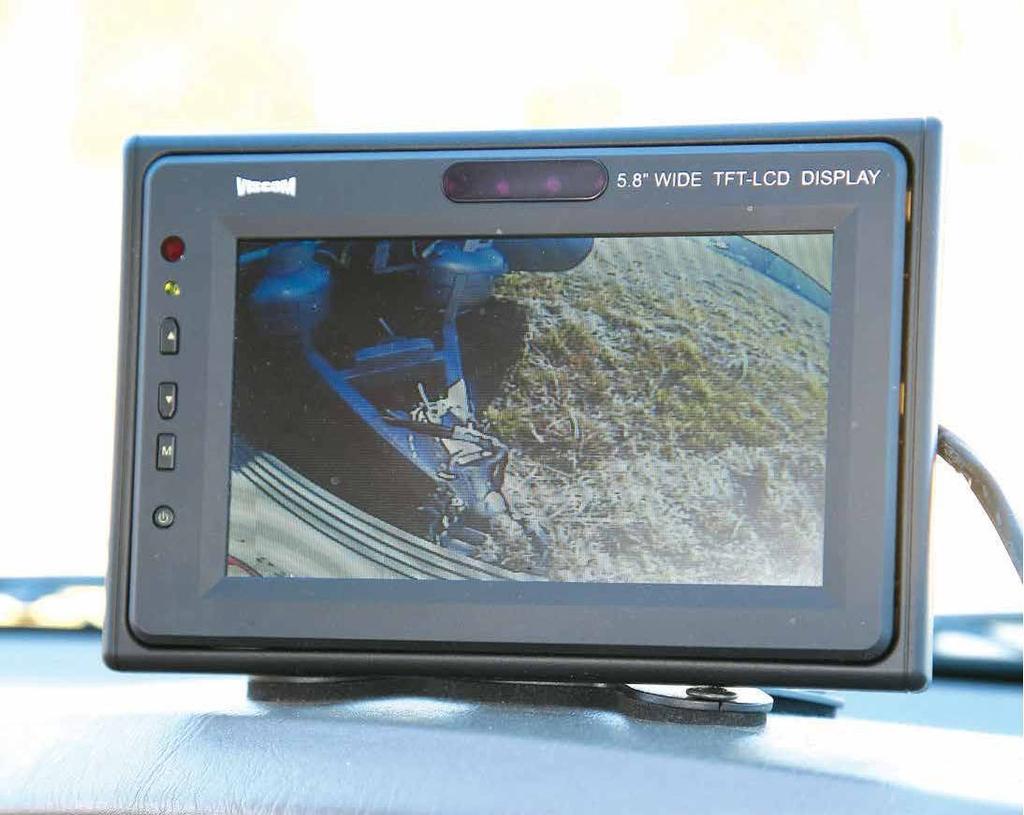 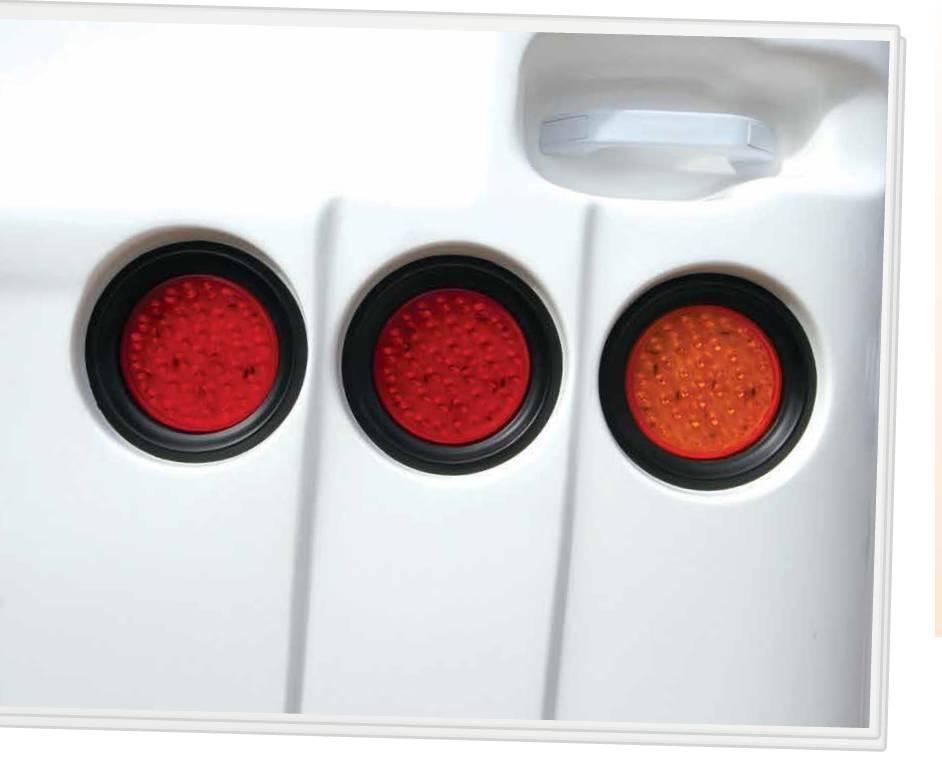 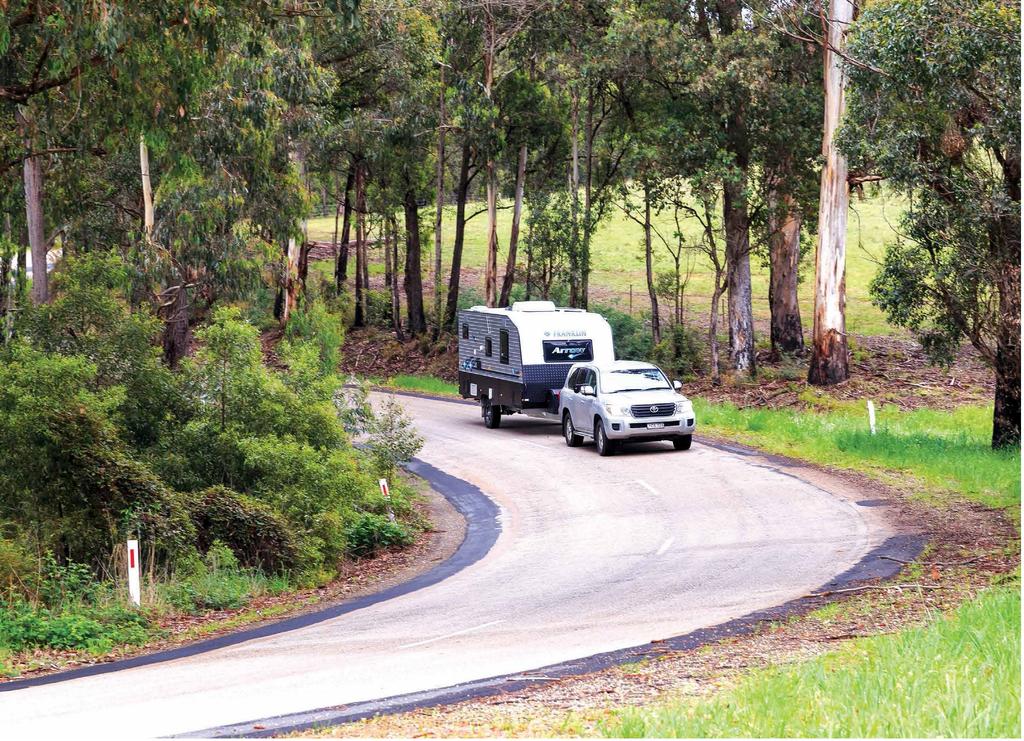 When compared to a tow vehicle, a caravan looks to be mechanically and electrically simple but there are quite a few items that should be checked and/or serviced regularly. Brakes, bearings, breakaway system, running lights and tyres all come into that category. An item that sometimes gets forgotten is the fire extinguisher — that it’s in good condition and not time expired.

Tyres should frequently be checked to make sure they are operating at the correct pressure. In addition to that, tyres do have a ‘life’, even if the tread still looks good. Tyre manufacturers recommend that tyres that are five or more years old should be inspected by a professional. It’s not a sales gimmick, tyres do degrade whether being used or not. It’s a good idea to make sure that all wheel nuts are tight, particularly if a wheel has been changed recently. I speak from personal experience in this area.

Ensuring all running lights are working, particularly brake and indicators, is essential. Vulnerable items are often the plug/socket connection between the tow vehicle and caravan or if fitted, an Anderson plug. A great way to minimise problems is to ensure the caravan plugs don’t sit in mud or dirt when not being used and sealed off with a plastic bag, if the van is in storage.

Generally speaking, safety chains are part of the caravan’s fittings and there’s a standard that all caravan manufacturers must abide by — AS:4177-4. However, the D-shackles, often supplied by you, the owner, which connect the chains to the vehicle are another matter. There is an Australian standard — AS:2741-2002 — for D-shackles and bow shackles but that’s mostly for building and lifting applications, not towing. The Australian Administrator of Vehicle Standards has issued Circular 0-1-3, a recommendation not a standard, which clarifies the necessary ratings. I’d be considering the 2501kg–3500kg range, just to cover most applications — D-Shackles aren’t that expensive.

Even more so than the caravan, there are a number of safety items associated with the tow vehicle. Going back to basics, making sure your tow vehicle is adequately rated for the caravan/trailer you are planning on towing is mandatory. All tow vehicle manufacturers specify a maximum tow rating and a maximum Tow Ball Mass (TBM), however, reading the fine print in the vehicle manual is essential because there are at least a couple of caveats. One being that a few vehicle manufacturers derate the maximum TBM as the loaded weight of the van increases. Not helpful at all.

A slightly bigger and not always understood problem is caused by the considerable number of ute manufacturers in particular, who all advertise their vehicles as having the magic 3500kg tow rating. Unfortunately, that’s a figure for the salespersons. The engineering departments (presumably) specify the slightly more conservative Gross Combined Mass (GCM) in many cases around 6000kg, which makes the tow rating look a bit imaginative in some cases. Take Ford’s Ranger 4X4 XL Double Cab Pick Up with a 3.2 turbo diesel for instance. It has a kerb mass of 2135kg, a GCM of 6000kg and a maximum tow rating of 3500kg. Subtracting the tow rating (3500kg) from the GCM (6000kg) gives 2500kg and subtracting the kerb mass (2135kg) gives just 365kg. Now, that has to include the passengers, tow hitch, bull bar (in many cases) and roof rack, which really doesn’t leave room for much else.

Then there is the RAM 1500 Express Crew Cab which is widely advertised as having a tow rating of 4500kg. That same vehicle has a kerb mass of 2620kg and a GCM of 7237kg, which doing the same maths results in a payload of just 117kg, which isn’t enough for the driver and passenger, let alone anything else. If the maths of the weight equation is too much for you, if considering the 3500kg utes, use a conservative margin of safety and read 3500kg as a maximum of 3200kg. Apart from anything else, it will be a more relaxing drive.

All caravans, indeed, any trailer with a Gross Trailer Mass (GTM) over 750kg these days must have a braking system (electric or override) fitted that operates on at least one axle, and anything over 2000kg must have electric brakes fitted for all axles. This means that where electric brakes are used, the tow vehicle must have a brake controller easily reachable by the driver. Where a breakaway system is fitted in some states, like NSW, there’s a requirement to have a battery condition indicator in the driver’s cab.

Towing mirrors are often treated like a bit of an optional extra, but the reality is they are not. It’s a legal requirement that the driver has a clear and unobstructed view to the rear of the vehicle/vehicle combination at all times. Not all standard external mirrors give that so either having extending mirrors or detachable mirrors that can be strapped on are pretty much mandatory.

When towing, all tow vehicles must have a 12V electrical connection fitted. This is usually a seven or twelve pin socket, with the latter becoming more common with ever increasing electrical circuits in caravans. Separate to that is something like an Anderson plug, which is predominantly used for battery charging.

A nice to have item on a tow vehicle is a reversing camera or two. Speaking from experience with towing a number of caravans, it’s handy when hitching up to have a reversing camera that is focused on the tow ball area — saves a bit of guesswork and in some cases, marital stress. Slightly less common, but still available, is a rear-view camera on the back of the caravan. Note, this does not replace external towing mirrors but does offer a decent view directly behind the caravan.

Caravans should be packed evenly to distribute weight

Before setting off on any trip, particularly your maiden voyage, it’s always good to do a few preliminary checks. For instance, is your rig level? Too much weight on the tow ball will affect both braking and steering. Too little weight will result in a caravan that sways easily. Shifting the load around in the caravan can sometimes help — it’s best to have heavy items low down over the wheels, medium items as low as possible and above the wheels if possible, leaving lighter items for the overhead locker area. Another solution for a non-level rig is to fit a weight distribution hitch. Note, a weight distribution hitch does not change the TBM but will give a better balance. A weight distribution hitch sometimes required by the tow vehicle manufacturer is prohibited by others and should not be used with certain types of chassis and/or drawbar. The bottom line again; check the fine print in the respective vehicle/caravan manuals.

Just prior to heading off, it good to make sure that everything is plugged in and working in the case of the 12V electricals (including the fridge) and turned off in the case of the gas system. Inside and out, all drawers, doors and bin doors should be latched or locked as appropriate. Some travellers have a little check list that they tick off just prior to moving, which includes things like TV antenna down, step away, corner stabilisers up and all lights working.

Ensuring the towing mirrors are correctly set is a must and best done with the caravan and tow vehicle in a straight line and with the help of an assistant, to enable a quick setup.

SAFETY CHECK — ON THE ROAD

Delving into a slightly controversial subject, I’m one of those people who thinks there should be a caravan towing licence. The move for many people (new to caravan towing) from a sedan vehicle or light weight SUV to a heavy weight towing rig is quite a jump. In the world of motorhomes, once you get above a GVM of 4500kg, then a Light Rigid truck licence at least is required. That’s an inherently much more stable rig than say, a caravan/tow vehicle combination with a GCM of 6000kg or more, of which there are plenty on the road. That’s not likely to happen anytime soon of course, so if a newcomer to a caravan travel, then I reckon it’s a good idea to do a caravan towing course. A towing course, like that run by Tow-ED, will give you some very good practical experience with your own van and all parties can learn to tow properly.

It’s also a good idea for couples that both parties can competently handle van towing. There are a couple of good reasons for that. If only one person can handle towing and that person has a medical emergency and cannot drive, then there’s a problem. Secondly, if the only driver becomes incapacitated in some way, then the retirement dream travels are over. Apologies for being pessimistic but I’ve heard of many instances where that’s happened.

Cruising speed is often a subject of discussion. In some cases, the tow vehicle manufacturer actually specifies the maximum towing speed. In addition, some states have towing speed limits too. There are two other things to consider here. One is to travel at a speed that is comfortable for the driver and that includes during adverse weather like high winds or rain. The other is to consider other drivers, particularly on a two-lane road. Travelling at 85-90km/h gives faster vehicles the opportunity to pass safely and legally, whereas travelling at say, 95km/h in a 100km/hr limit zone is not only going to annoy other drivers, but also not going to be easy for them to overtake.

When parking or manoeuvring a caravan around, it’s always a good idea to have an assistant outside to assist and guide. Something that always saves marital stress is a set of hand signals and, if using verbal communication, agreeing on what something like ‘turn left’ means — it could be turn the van left or turn the steering wheel left! Certainly, if you are a newcomer to caravan travel, then it’s a good idea find a nice quiet area to practice before you do a reverse park in front of all the other caravan residents. A little something to keep in mind is that there are couples who have discovered that the main driver is not always the best caravan parker!

Safe caravanning might look complicated but it’s really not. It’s mostly a matter of getting your caravan servicing done regularly, having any necessary repairs done quickly and having your own check list of items that need to be done before heading off on a trip. That way, both ourselves and other road users we meet along the way will all have safer travels.

A safety checklist is an important part of preparation