Victoria’s Phillip Island is renowned for its cute little penguins, the adrenaline pumping Superbike World Championship and the Australian Motorcycle Grand Prix. But there is much more to the island than roaring motorbikes, V8 supercars and adorable sea birds.

With 100km of coastline around the island, much of the outdoor activity is centred on the ocean. Some of Australia’s most outstanding surf beaches and picturesque coastline can be found on the lapping shores of Bass Strait. While my wife, Jennifer, and I swim all year round, anywhere in Australia, our dips into Bass Strait in the winter are very short! But, in the summer, it is a different story with the northern coastline, situated in Western Port Bay, offering pretty swimming areas which are safe, family-friendly and warm.

There are also many boat ramps available for RVers who tow their own boats and don’t mind the odd spot of fishing. But always make sure you check the licence requirements for fishing. 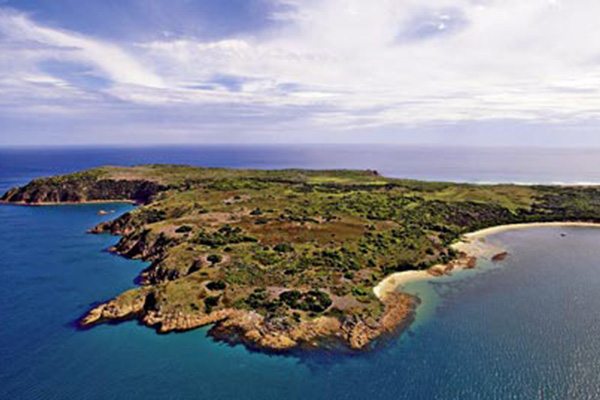 The main reason RVers, and others, flock to Phillip Island is to catch sight of the world-renowned Little Penguins (formerly known as fairy penguins). When we visited the Phillip Island Penguin Parade, the little creatures were like drunken sailors waddling out of freezing Bass Strait on the stroke of 8pm.

The initial wave of little penguins looked quite nervous as they took their first tentative steps onto the sandy beach, several seagulls circling menacingly overhead, assessing whether any were small enough to swoop down on and have for dinner.

As dusk enveloped the island, more and more of the tiny creatures snuck forward along the sandy beach towards their hungry, waiting youngsters.

Even though they were quite distant, it was still very exciting. After what we thought was the conclusion of the ‘show’, we headed up the steps towards the exit, not expecting to see anything else of the world’s smallest penguins. We thought the Penguin Parade, as it is known, was finished.

So imagine our surprise on the way out when we saw groups of tourists excitedly leaning over the railings of the wooden boardwalks, pointing into the darkness. We joined one of the groups to discover they were just centimetres away from a bunch of little penguins that had emerged minutes earlier from the dark ocean and were now going cross-country in search of their cold but dry Victorian burrows, which can be up to 1.6km from shore.

If it wasn’t highly illegal, any one of our group could have poked their hands through the tiny fence separating us from the little penguins and touched the furry creatures. The experience was exhilarating. No wonder Phillip Island is rated as one of the most desirable tourist destinations in Australia, attracting more than half a million visitors a year.

Until recently, I never understood how people could just sit there watching petrol-guzzling pieces of machinery racing around a piece of tarred road. However, my view changed somewhat when Jennifer and I visited Phillip Island. We were parked on the side of the road in our Iveco motorhome near the Grand Prix Circuit.

The following day, the circuit was hosting the Superbike World Championship and the riders were practising for the event. It was unbelievable how fast these riders flashed by us, roaring towards the finishing line. It gave me an interest and a taste for an exciting sport which is attractive to hundreds of thousands of people around Australia.

Throughout the year, visitors can buckle up for an adrenalin-pumping hot lap in a race trim vehicle with an experienced racing driver around the Grand Prix Circuit, relax with a latte and lunch in the Champion’s Café, or take a stroll in the tranquil water gardens. And, when you have finished relaxing, test your skills on Australia’s largest GP Slot Car track.

On the south-eastern extremity of the island, the towering pink granite cliffs of Cape Woolamai rise majestically from Bass Strait. Cape Woolamai, the highest point on Phillip Island, provides a home for the one million short-tailed shearwaters on the island. It also has one of the most popular surf beaches in the region.

Other water-based activities include many annual surfing, swimming and triathlon competitions. One of the most popular attractions is the world’s largest colony of Australian fur seals found at Seal Rocks, just 1km from the island off The Nobbies. You can take a boat cruise out to Seal Rocks and take a close-up look at the colony on this rocky outcrop.

If you are not the seafaring type, you can visit The Nobbies Centre where you can zoom in on the seals with sophisticated cameras. Being on the south-western tip of the island, The Nobbies has magnificent views and a wide selection of curious native creatures. As you stroll along the boardwalk taking in the views, be sure to check out the blowhole and keep a look out as there are sometimes sightings of little penguins.

On the way into The Nobbies, you will see Swan Lake, which is the only permanent freshwater lake on the island and is very popular with birdwatchers.

If you are a chocolate lover, be sure to drop into the Phillip Island Chocolate Factory at Newhaven, open seven days a week from 9am.

And when you have had your fill of chocolate you can travel to Sorrento, load your RV on the ferry and take the 40-minute scenic trip across the bay to Queenscliff and begin your next adventure along the Great Ocean Road. The very modern MV Sorrento operates from Christmas until the end of daylight savings season. It seems Victoria really is the place to be!