Perhaps it’s the stunning coastline, the eccentric cafes, the occasional sidewalk busker, the fishing or the surfing, but there is a certain something about Ballina on the NSW north coast that makes fantastic memories very easy to make.

On the day that I arrived the sky was weeping and blowing in on an easterly. It was the sort of day that makes you remember your childhood – comfortable enough if just a little wet but grimace-inducing when the wind came. 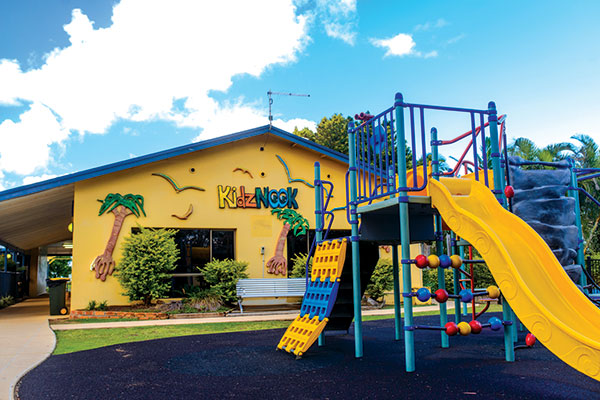 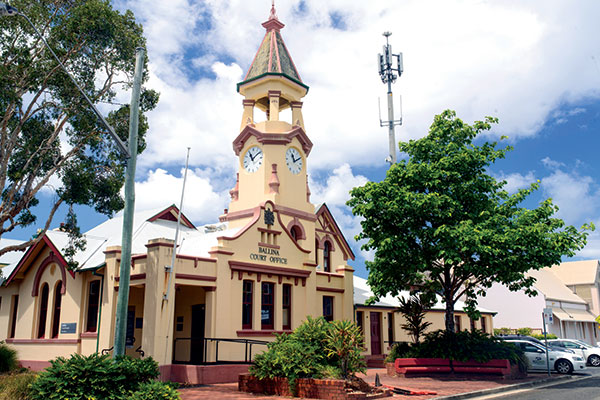 Yet, somehow it didn’t matter. Ballina is still well worth visiting – even when the weather isn’t quite perfect. Perhaps this is why.

I’d managed to borrow a Horizon Casuarina in which to enjoy the area and parked it in a beaut caravan park called Discovery Park – Ballina.

It’s a comfy park with all the trimmings including an activity room, barbecues, camp kitchen and, for those with kids, a bouncing pillow, playground and family bathroom. If you want to raise your pulse there’s a gym, pool as well as putt-putt golf – it’s a bona fide fitness activity, I am reliably informed.

For those not in the know, Ballina is about half an hour’s drive east of Lismore via the Bruxner Highway, almost the same distance south of Byron Bay and about 114km south of the Gold Coast.

Centred on an island at the mouth of the Richmond River, Ballina is conveniently split four ways according to the compass – North, South, East and West. Between you, me and the clerk at the park, East Ballina is the place to be and to be seen. This is where you find a certain swagger on a walk around Shaws Bay.

For those not into walking but who’ll do it in order to try a little fishing, there’s an easy route along the rock wall that marks the northern boundary of the Richmond River mouth. From there, the word is there’s good fishing on nearby Lighthouse Beach or near the boat ramp on North Creek.

If the idea of surfing still has you wanting to Hang Ten then Ballina’s just the spot with more than 32km of coastline from which to choose.

The locals say that you’ll enjoy the rising swells perfect for a body bash at one of several of the many beaches and there are often sweet barrels rolling off North Wall and the world famous right-hand break up the road at Lennox Point. Lighthouse Beach was the spot for kitesurfing when we were poking about.

Die-hard surfers might like the break on the southern side of the Richmond River mouth. You can get out to it thanks to a ferry at West Ballina (Burns Point Ferry Terminal) and a short drive to the beach. The locals reckon when it’s firing, the waves are world class with solid peaks and fast barrels.

Keep in mind the area has strong currents and is renowned for sharks including great whites – so be alert.

For me, the only froth that gets my heart pumping is the froth on a cappuccino. The good news is, no matter from which direction you enter Ballina, you’re sure to find yourself on River Street and you’re in the heart of the town. Here lies a mind-blowing array of quality cafes including Cafe Swish located juts out the front of Wigmore Arcade.

Further down River Street, near the courthouse, is a rather ordinary looking hotel. But don’t let looks fool you, as Slipway Hotel offers affordable quality food every day and live music on weekends.

With the Horizon parked in River Street, it was time for a stroll to nearby Regatta Avenue and the Ballina Naval & Maritime Museum.

Resting on the northern bank of the Richmond River, the museum should be at the top of any list of quality regional museums. Here is a treasure trove reflecting the town’s nautical history including one of the three Las Balsas rafts. Those willing to admit remembering 1973 will recall the Las Balsas expedition which used three rafts, and became the longest-known raft voyage in history.

Made of balsa wood, the sort of super-light timber that model builders know well, the rafts set sail from Ecuador and drifted across the Pacific Ocean via the Galapagos Islands, The Society Islands, The Cook Islands, Tonga and finally to Ballina.

Across the car park from the museum is the Ballina pool and waterslide, it’s an easy landmark to find and would be great for the kids on a hot summer’s day.

Photography-wise the options are numerous. There are rock pools and long white beaches aplenty. Perhaps one of the best locations for an early morning photo shoot is either out on the rock wall or from the lookout below the town’s lighthouse. You get a nice evening shot from the lighthouse. There’s also a fine location at the Pat Morton Lookout between nearby Skennars Head and Lennox Head.

While the Casuarina and the Discovery Park provided great accommodation, it was that special something about Ballina that turned a wet few days into wonderful memories.