A campfire adds a special element to the caravanning lifestyle and cooking over the embers makes the experience even more memorable if done right. But plenty can go wrong, as I can attest from some of the burned offerings I have managed in the past.

This new release book from Exploring Eden Media might be a turning point if you are keen to forego the gas cooker for some authentic bush cooking. In Fire to Fork, Harry Fisher has taken some of his most popular recipes and advice from his online blog and presented them into an easy-to-follow cookbook.

Harry was the son of a chef and had an interest in food from an early age. So, on camping expeditions in his home state of WA, he gravitated to cooking. A mate was so impressed with his culinary skills and variety that he suggested starting his own Instagram blog. His aim: to make campfire cooking fun and achievable for the average camper. The platform has been an enormous success, reaching over a million people. 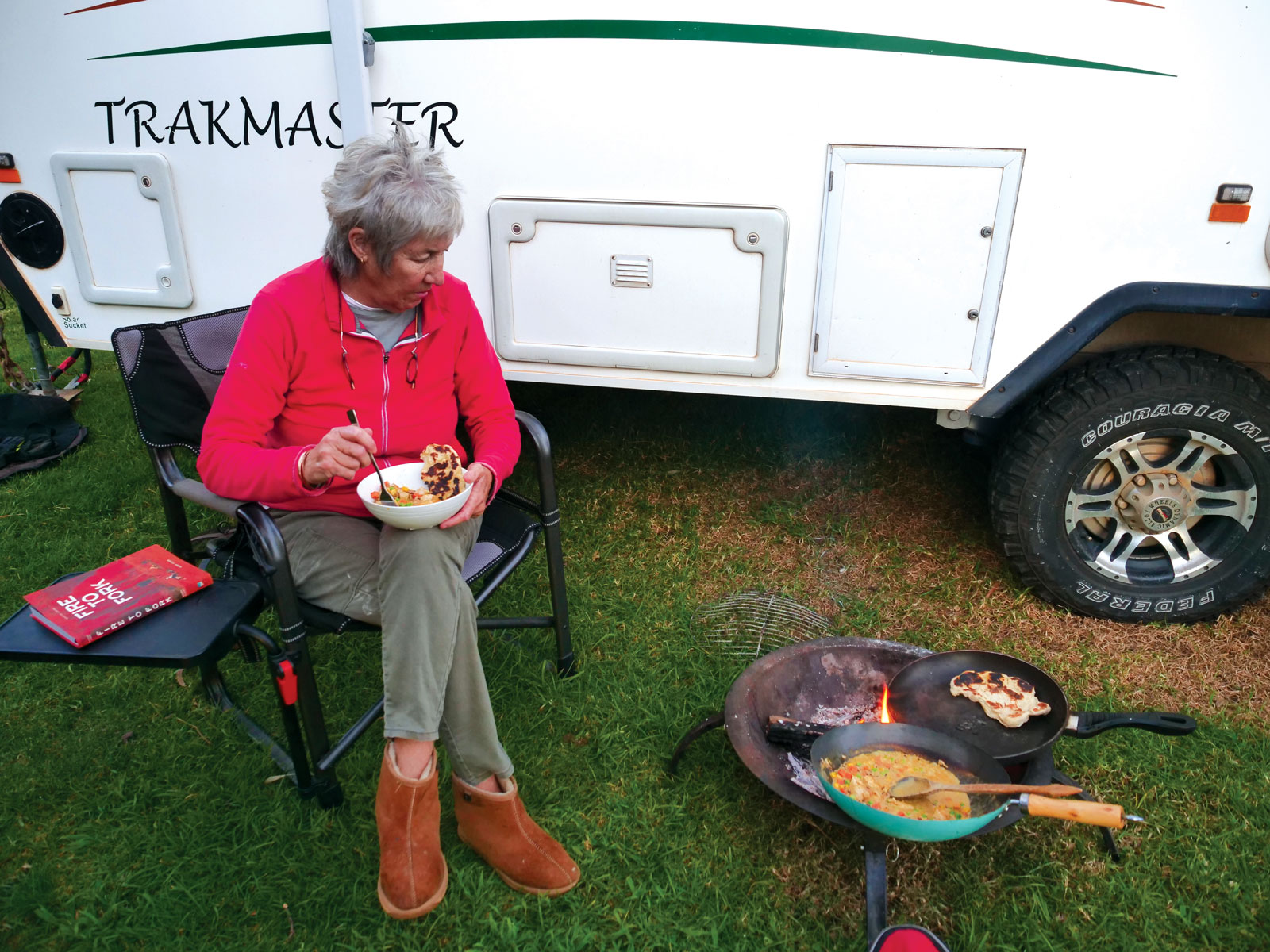 According to Harry, he “began by adapting ‘recopies’ from ‘proper’ chefs so that anybody could cook them.” According to Harry, his rules were simple — cook on an open fire with ingredients that travel well and are found in most country town supermarkets. Then, if possible, offer some long-life alternatives for long-distance travel and reduce the number of pots used for less washing up.

When we received our copy of the book, I was impressed by how easy and enjoyable it was to read. The first section offers practical tips on how to use fire for cooking various dishes. It then goes on to recommend choices of cookware and explains why different pans and utensils work.

And he got me in with the first recipe. I've long liked making flatbread when camped, but his method suggested a lot more care with preparation, and while it took longer to make, the result was much more enjoyable. It was without doubt the best camped-cooked bread I have had. To go with the bread, we had a go at a Thai green chicken curry. The directions were easy to follow, and the result was delicious. Further on in the recipes, Harry goes deep into cooking the perfect steak, and I look forward to trying that at the next chance I get.

Included in Fire to Fork are over 60 different meals, including deserts and some pretty way-out cocktails. I haven’t yet mixed the Bloody Mary with gin and bacon, but it’s on my agenda.

Fire to Fork is compact enough for easy storage but with clear to read text and some beautiful illustrations. It's well bound for a long life, and it might be the only cookbook for the road you will ever need.

AUTUMNAL RECIPES FOR YOUR CAMPFIRE