The campsite was a beauty, situated on the high bank of the creek with a good view down and up the waterway, while the big old red gums threw a shadow over us early in the morning and later in the afternoon, just in time for Happy Hour. We weren’t game enough to camp directly under the trees, though, as these old monsters have a habit of dropping a branch or two at the most unexpected time and they were large, heavy lumps of wood that could easily crush a vehicle.

We were camped on the Cooper Creek just downstream from the small hamlet of Innamincka on what is known as the ‘Town Common’. Camping here costs just a few bucks each evening and you don’t need a Desert Parks Pass, which you do need for most other places in and around the creek (and Coongie Lakes) on the SA side of the border. Camping on the creek on the Queensland side of the border line is almost impossible, except for the large area at the Dig Tree, but more on that later.

Our campsite was a longish walk from the centre of town but you can get closer if you desire. Still, it was hardly an issue to drive up to the pub for a meal or to get some supplies from the Trading Post. As it was, we were heading out each day to check out the historic sites that can easily be visited around here, so a detour to the hotel or next door to the store was almost compulsory. 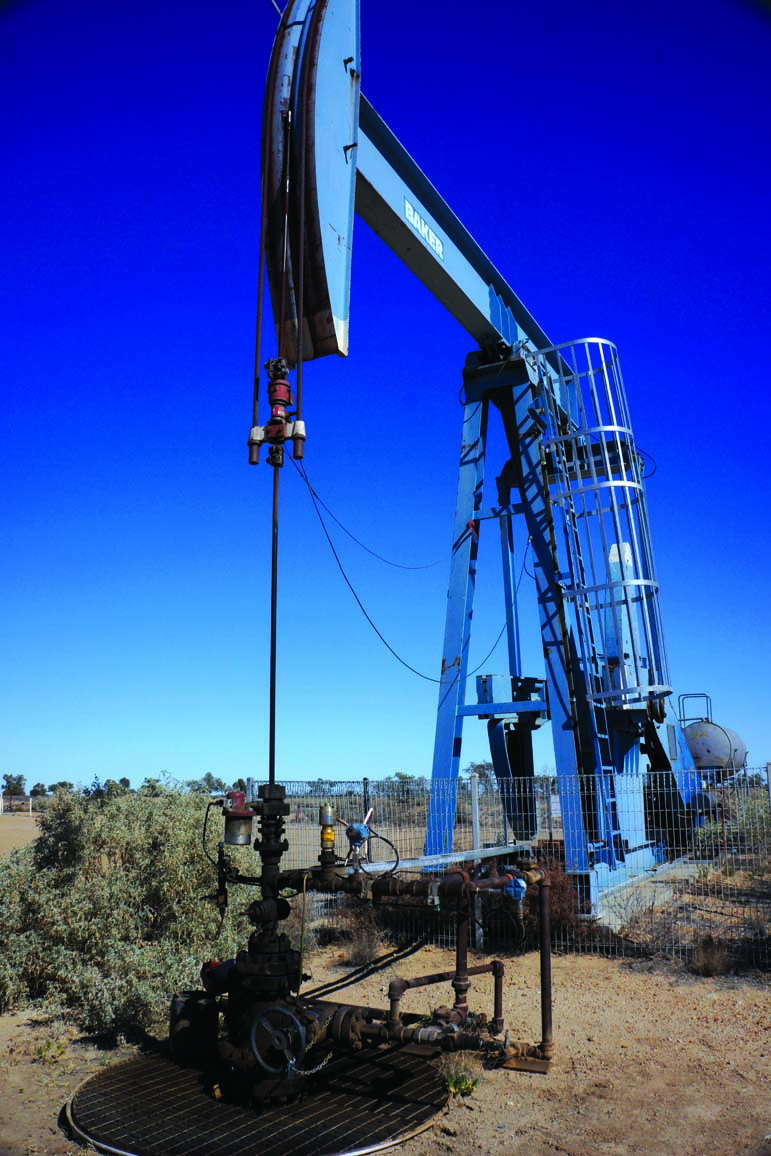 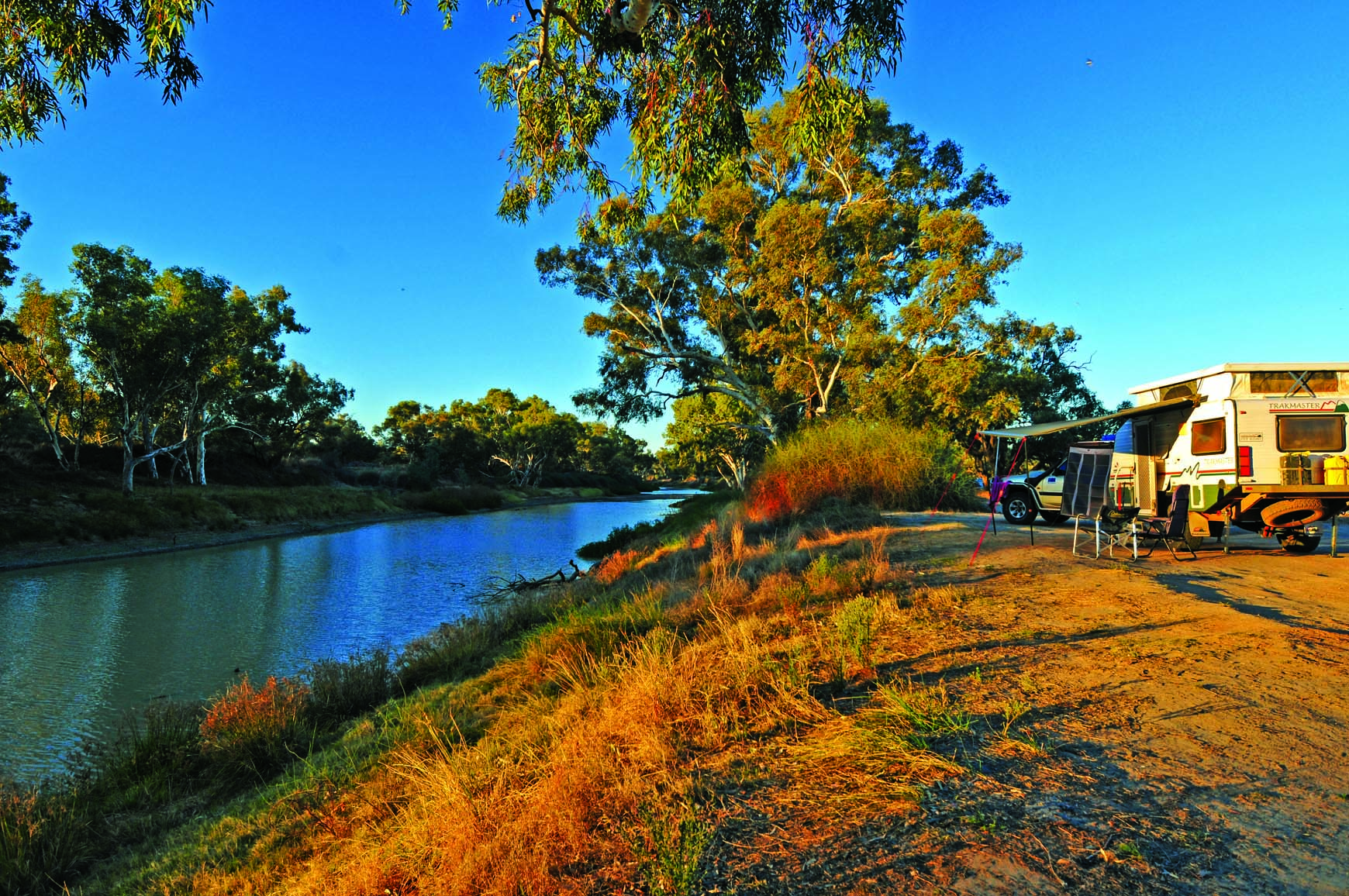 While the pub always has a cold beer and can serve meals any time, the Sunday roast should not be missed. Meanwhile, the Trading Post can supply fuel, all the camping food requirements you desire, along with some vehicle spare parts, fishing gear, souvenirs and more.

It’s also a handy spot to get some info, but pick a time when it's not crowded, otherwise try the old AIM Hospital which has been renovated (resurrected really) and is now used as the headquarters of the local parks service. Although it has a great info display on the region and the town, you rarely find the ranger in residence; in fact, I haven’t seen him at all the last two times I’ve been there. Maybe he was busy, elsewhere.

Charles Sturt was the first European to 'discover' Cooper Creek in his 1844-45 explorations, but it was Burke and Wills’ doomed expedition, 16 years later, that welded it into the Australian psych. It was here, along this verdant waterway, where hundreds of Aboriginal people lived and even thrived for thousands of years, that Burke and Wills died after crossing Australia from Melbourne to the Gulf of Carpentaria.

Theirs was an audacious yet bungling expedition from the start, and millions of words and dozens of books have been written about it. Even so, to visit the places where their bodies were discovered is still a rite of passage many Australians feel compelled to complete. Pastoral settlement came to the area in the 1870s and the town began as a police camp in 1882.

It grew quickly, thanks in part to a nearby Custom House, established to control and charge for cattle entering from Queensland and heading down the Strzelecki Creek to Marree, which was the closest railhead in those early days. With Federation there was no need for a Customs House and the population started to decline, although that didn’t stop the AIM Hospital (really the Elizabeth Symon Nursing Home) opening in 1928 as part of John Flynn’s “mantle of safety” for the outback.

The hospital closed in 1951 and by then the town was near deserted. By the early 1960s only ruins and a huge bottle heap from the old pub remained. Then, in 1963, gas was discovered in the surrounding Cooper Basin and, in 1969-70, a group of blokes including Mike Steel, a part-time but pretty famous local tour operator and author of Red Rover fame, began building a store and pub at Innamincka.

I first visited here in 1975, just after the big floods of 1974 receded and allowed us access — I’ve been smitten ever since. Much of the area was proclaimed a regional reserve in 1988 to help protect the environment, while still allowing cattle grazing and oil and gas production. It has worked pretty well and, in 1996, the Coongie Lakes and the famous Cullyamurra Waterhole were fenced to keep cattle out. Coongie Lakes were recognised as a national park in 2005.

By this stage the hospital had been restored to its former glory by Dick Smith and Australian Geographic magazine in 1994. Together with the Trading Post and hotel, it remains the heart and soul of the town, while a few other homes and buildings are scattered up the stony rise from the pub.

Our latest journey to this iconic spot had taken us from Broken Hill in western NSW, up to Tibooburra and across to Cameron Corner (where the three states of SA, NSW and Queensland meet) before tackling the roller coaster dunes of the Strzelecki Desert to come to the track and creek of the same name. We turned north across a bleak and dunn coloured landscape, the dry and dusty channels of the Strzelecki Creek dotted with low scraggly trees; water hasn’t flowed here for a long time.

Along the way, and sometimes close to the track, were the nodding arms of beam pumps lifting their precious load of oil and gas, being pumped to a central processing plant before being pushed along kilometres of underground pipe to the cities of southern and eastern Australia. Such industrious activity has transformed the region, most obviously in the good gravel roads that lead, not only to gas and oil processing plants, but also to our destination, Innamincka.

Across the border in Queensland progress in the oil fields has spurred a snaking ribbon of bitumen from the border all the way to Brisbane. It is the easiest way to get to Innamincka and the Cooper — maybe too easy for those looking for a remote destination! We had been lucky with water flooding down the creek from rains in central Queensland a few weeks earlier. Such a flow adds a little magic to visiting here.

We couldn’t resist heading down to the causeway across the creek to drive through the running waters a few times. It wasn’t necessary, of course, but it felt wonderful to do it anyway, after a few days of dry, hot and dusty outback travel.

Over the next couple of days we headed out to visit the sites where Burke and his faithful 2IC, Wills, had died and their bodies discovered by a search party, led by the great Victorian explorer Alfred Howitt in 1861. Howitt also found King, the only member of Burke’s cross-Australia party to survive, and that spot, too, is marked by a monument.

Just a few months after his grisly discovery, Howitt was back on the Cooper in the heat of summer in 1862 to exhume the bodies and take them back to Melbourne for the colony’s first state funeral.

One of my favourite activities while camped on the Cooper (apart from sitting under a gumtree to watch the river slowly glide by) is to paddle a canoe on the long stretches of water that can be found here. If you haven’t got your own canoe, the pub can supply one, and there is also a sunset cruise most evenings during the winter months. It’s a great way to enjoy the area’s ambience and to see some of the region’s wildlife.

A little further east of Innamincka is the famous Dig Tree, where the Burke and Wills expedition had set up a major depot on the north bank of the Cooper, before Burke split his party yet again and headed north with Wills, King and Grey. Grey died and was buried at or near Lake Massacre, a little west of present day Innamincka.

Back at the Dig Tree, the Depot Party waited for Burke and his team to return for a month longer than the agreed three months before. Weakened by scurvy, they broke camp and headed south. Legend has it that Burke, Wills and King arrived just a few hours later but were too weak to follow. The rest, as they say, is history.

The famous tree that marks the spot is visited by hundreds of travellers each cool winter tourist season and you can camp nearby. We did the same and wondered about how these brave men died and the circumstances that saw them come so close to success. Then, with a salute to their courage and a toff of the hat to their memory we turned eastward and headed to another great pub on the banks of yet another waterhole — but that is another story!