The Isuzu MU-X has always been a bit of a favourite of mine, for its rock-solid towing stability and good towing fuel economy. However, it has also been a bit wanting in the power and torque department, compared to some of its opposition such as the Ford Everest and Holden Trailblazer.

Isuzu has gone some way to address this with its latest version of the MU-X, the MY16.5. It’s had a big pull-though in the powertrain with more torque and a new transmission offering an extra ratio.

To look at it, you wouldn’t know that this is the ‘new’ MU-X – it looks identical to the MY16 (although there is a MY17 model just around the corner, which will feature a slight cosmetic upgrade). 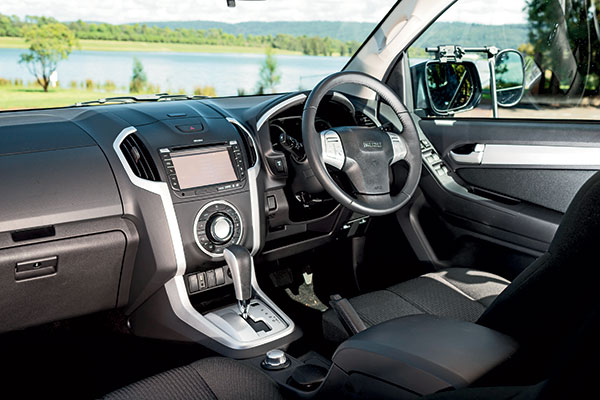 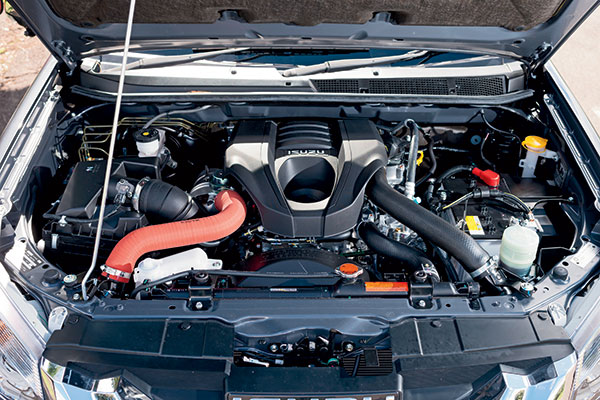 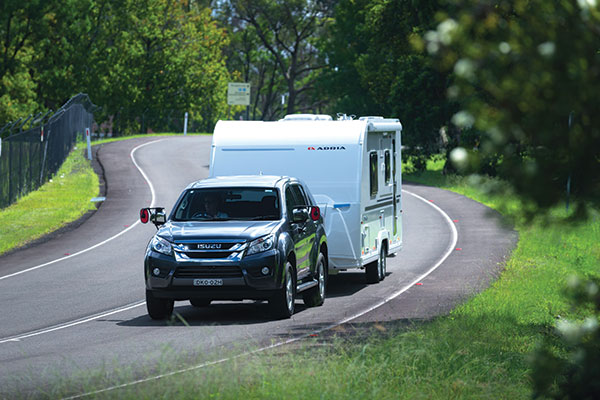 Yet, underneath that skin, there’s a completely revamped engine, now Euro 5 compliant, and offering 50Nm more torque than before, at 430Nm. This now puts the MU-X’s outputs up in the same territory as a bunch of its competitors.

Its torque is identical to the Mitsubishi Pajero Sport (although it kicks in at lower revs than the Mitsubishi) and now just 20Nm less than the Toyota Fortuner and Toyota Prado. Of course, the Isuzu is still a long way behind the Ford Everest (with 470Nm) and the Holden Trailblazer (with 500Nm) in the torque department.

The automatic transmission is also new, now a six-speed unit in place of the five-speed auto. Unfortunately, this new auto doesn’t have a Sport mode or paddle shifters – both of which are not just for driving fast; they are beneficial for towing (although it does have a Manual mode). The auto also has an adaptive learning function, which senses when, for example, you need engine braking when going downhill and automatically downshifts a gear or two.

We tested the Isuzu MU-X LS-U, which is the mid-grade model in the 4WD range, costing $49,000 (plus on-road charges). Its key features are the 17in alloy wheels (including the spare wheel), fog lights, side steps, rear parking sensors and camera, climate control, cruise control and a six-speaker audio system, with Bluetooth phone connectivity. You can get the full list of options by checking out Isuzu’s web page linked in our Specs panel on the next page.

Electric brake controllers (EBC) are great things to have when you’re towing something heavy, but I’ve had a run of vehicles lately in which they have not been fitted. In this case, it wasn’t Isuzu’s fault – another manufacturer‘s tow test vehicle I had lined up fell through, so the obliging Isuzu PR manager Dave Harding rustled up a new MY16.5 MU-X for me in no time – but he couldn’t get me one with an EBC with such short notice. That meant we were restricted to towing a van with override brakes, in this case weighing 1700kg.

It’s not an ideal weight to test out the new MU-X’s 3000kg tow capacity but, then again, a 1700kg full-size tandem-axle van isn’t exactly a box trailer. It gave the Isuzu enough of a workout so I could see if the powertrain changes have made any difference.

We headed out of Sydney RV in Penrith, NSW, with an Adria 612 caravan attached behind the MU-X. With the Avida due back at Sydney RV by 5pm, we couldn’t exactly embark on a big tour. So we headed south, winding our way towards Picton with a quick visit to Warragamba Dam on the way.

Here, the MU-X’s front suspension does feel too soft, with the nose pitching without the amount of damping effort you’d want to quell the movement. Yet there is one constant though all of this: the MU-X feels totally planted on the road, with no yawing movement. It’s quite uncanny; no, the Isuzu won’t defy the laws of physics, so yes, it will yaw (sway) if provoked, but it needs to be quite a provocation for it to do so. Very impressive.

Cruising at 100km/h, the MU-X is much quieter than before, able to access sixth gear quite willingly to sit at 1500rpm, and even then, if it needs more torque and selects fifth gear, revs are sitting on just 1800rpm.

While that extra 50Nm isn’t that obvious when driving solo, when towing you can feel the difference. The MU-X powers up hills much more easily than before.

Even if you’re not aiming for the fastest speed you can achieve up a steep highway hill (where the new MU-X is undoubtedly faster), you don’t need to work the 3L engine as hard to achieve the same hillclimb speed as before. Engine braking downhill is also very good.

With the 1700kg full-size tandem behind it, the MU-X achieved an average of 13.5L/100km. While this is a very competitive towing fuel figure, the MU-X’s fuel capacity of 65L is less impressive. But, you’ll still get more than 400km touring range, which really gives you enough time behind the wheel to take a break anyway.

Firstly, let’s be clear about what the Isuzu MU-X isn’t. It is not a towing warrior like a LandCruiser 200. It doesn’t ooze luxury or features, and its suspension doesn’t feel completely resolved when towing. Yet this vehicle wins you over with its rock-solid towing platform, good fuel economy and, now, very competitive towing performance.

The full tow test appears in Caravan World #563. Subscribe today for the latest caravan reviews and news every month!